The small village of Charlo in northern New Brunswick may soon have two craft breweries if newcomer Savoie Brewpub can figure out how to survive with NB Liquor’s strict new regulations. 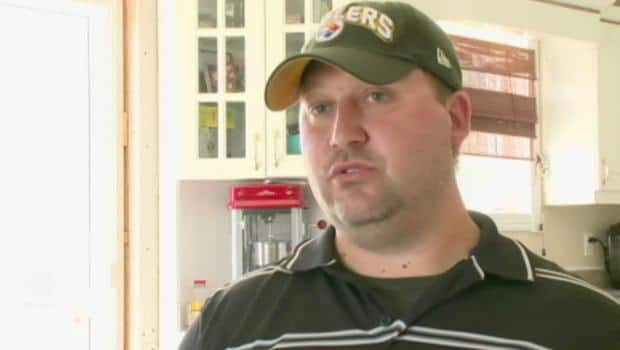 6 years agoVideo
2:15
The small village of Charlo in northern New Brunswick may soon have two craft breweries if newcomer Savoie Brewpub can figure out how to survive with NB Liquor’s strict new regulations 2:15

The small village of Charlo in northern New Brunswick may soon have two craft breweries if newcomer Savoie Brewpub can figure out how to survive with NB Liquor’s strict new regulations.

Rodney Savoie is trying to tap into the growth in interest in craft beer.

He is the owner of Savoie Brewpub, but his future is now uncertain because of new rules that NB Liquor has imposed on microbreweries.

Under the new rules, microbreweries to sell the first 10,000 litres through the Crown corporation first.

That has caused several craft brewers in the province to question whether their companies will be able to exist.

Savoie is figuring out how to start his business while dealing with the new rules.

“I'm going make it and bottle it and tag it and all the sales, as far as I know, go through NB liquor,” he said.

But if Savoie wants to grow his business, move it out of his basement, start selling from his own store, he would have to find a way to move 10,000 litres through NB liquor shelves first.

Savoie does have the luxury of learning from another nearby craft brewery. Savoie is being mentored by Derek Leslie, the owner of Shiretown Brewery.

Several breweries, such as Grimross Brewing Co., Railcar Brewing Co. and AWOL Brewery have all said the new rules could hurt their plans to develop their small business.

Brian Harriman, the president and chief executive officer of NB Liquor, said the Crown corporation will work with the craft brewing industry to make sure the new rules do not stifle their progress.

Harriman denied in an interview last week that larger breweries were behind the new rules.

NB Liquor has said the rules are meant to make sure businesses entering the craft beer category are able to financially support and produce quality products and are safe for the public.

​Charlo has a population of about 1,300 people and is located about 11 kilometres southeast of Dalhousie.

The village already has one successful craft brewery.

Shiretown Brewery products have been served in local restaurants and across New Brunswick for a year.

But Derek Leslie said he was able to grow Shiretown slowly because he didn’t have to worry about large brewing thresholds that now face Savoie and other craft breweries.

“People are expecting variances and changes. It's a very welcoming market as well and understanding I guess,” he said of the craft beer market.

Leslie is now selling in stores, restaurants and filling growlers at his Charlo location.

But he said his business may have been different if he had to contend with these new rules facing small breweries.

“I might have gotten halfway to 10,000 litres maybe in store. So I don't know, it's going to be a challenge for small operations,” he said.

“There's been little communication I think directly between ANBL and myself.”