New Brunswick chapters of Cat Rescue Maritimes are asking New Brunswickers to report cat colonies in their area so the volunteer organization can make an accurate count of the thousands of stray, feral, and abandoned cats in the province. 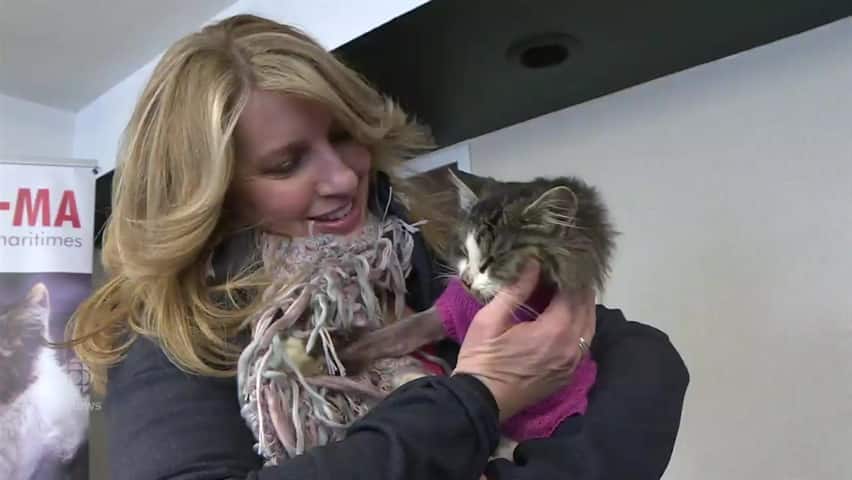 4 years ago
0:43
A cat rescue organization in Fredericton is asking for the public's help in tracking the number of feral cats in the province. 0:43

New Brunswick chapters of Cat Rescue Maritimes are asking the public to let them know about cat colonies so the volunteer group can gain an accurate count of the thousands of stray, feral and abandoned cats in the province.

A colony is a group of three or more cats in any one area. In one year, a small colony can grow to 25 felines, says the organization also known as Carma.

The problem has been going on for several years. In 2013 the group predicted Fredericton would see an explosion in the feral cat population by 2020.

"We just do not know how many feral cats, free-roaming cats, abandoned cats are out in the province," said Sue Knight, the president of Carma New Brunswick.

The group has now launched a survey where residents can report colonies and give specifics on the stray cats in their area.

"This will give us solid data as to how big this problem is in New Brunswick, and then we can look at ways to attack the problem," Knight said.

Until now, the volunteer group has relied mostly on anecdotal evidence of the feral cat problem.

She points to the Town of Sussex as a success story she hopes to recreate in other New Brunswick municipalities.

The town works with the local Carma chapter and veterinarians to share information and work on the feral cat problem.

"The town was looking for a practical solution that would be humane and would work," said chief administrative officer Scott Hatcher.

For 16 months, the town has been involved in aiding with the trapping, neutering and return process favoured by Carma.

"It's really lowered the type and number of calls we receive through the administrative office," Hatcher said.

Prior to the survey, the only data collection by the organization happened during spay and neuter clinics. Every season, four local veterinarians in Fredericton help fix 65 to 75 cats in a single morning.

"These help us with large colonies," Knight said. "But there's only so much you can ask the vets to do, and obviously money is a problem."