The private operator who takes over Cannabis NB is going to face significant challenges, including competition from the illegal market, says a retail consultant who has been keeping track of the cannabis business since legalization.

The private operator who takes over Cannabis NB is going to face significant challenges, including competition from the illegal market, says a retail consultant who has been keeping track of the cannabis business since legalization.

"Probably whoever takes over the New Brunswick operation is going to continue to see some losses for a few years because the volume just isn't high enough to justify the business model," said Bruce Winder of Toronto-based Retail Advisors Network.

Cannabis NB, the provincially owned and operated cannabis distributor, has been losing money since legalization of the drug in October 2018. On Thursday afternoon, Finance Minister Ernie Steeves announced the New Brunswick government will be handing over recreational cannabis sales to the private market.

"Our research shows that that was the quickest way and the most effective way to stop the losing of money and then hopefully get to the point where we're making money as quick as we can," Steeves said.

The private sector has until Jan. 10 to submit proposals. Steeves said he expects there will be plenty of offers.

But Winder said the private sector will have to overcome some challenges the provincial government doesn't want to deal with.

"You can't ask someone to come into a market and operate it when you have illegal operators," Winder said.

"Now, having said that, even though if you get rid of the storefronts, the illegal market will still operate and thrive just based on backdoor sales."

There are 50 illegal cannabis retailers in the province compared to the 20 Cannabis NB locations, according to the Crown corporation, which has blamed poor sales in its first year on the illegal market.

Steeves couldn't say what the provincial government is doing to shut down illegal dispensaries. He directed CBC News to the Department of Public Safety.

In an emailed statement to CBC News, Public Safety Minister Carl Urquhart said the department is aware of the illegal cannabis retail operations.

"We know the policing community within New Brunswick is equipped to address these and other illegal activities and we are pleased with the attention they have given to this issue so far," Urquhart said, "but obviously this problem is not going away and more attention will be required."

The province's request for proposals stipulates several conditions for the would-be private operator, including having the financial capacity to develop retail operations and having viable plans for combating the illegal market.

Although Steeves stressed the government is not selling the cannabis business but seeking someone to take over retailing operations, Winder suggested a sale of the entire business would be worth exploring. Then the government's role would be to regulate and monitor only. 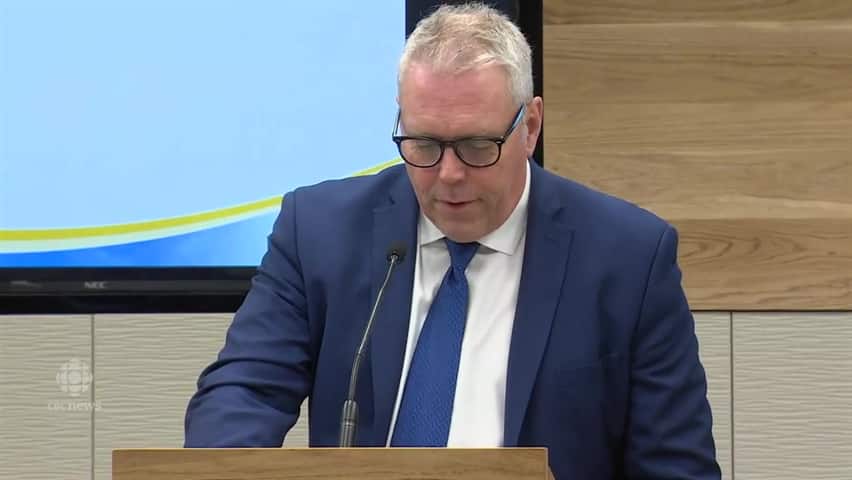 Winder said the province should also consider adjusting the retail price of cannabis and the quality of products to make the business more attractive to potential operators.

"If your wholesale costs are too high, you're not going to make it as a retailer when you can buy cheaper weed down the street from an illegal source," he said.

Winder said the provincial government might not get as many offers as it expects anyway because the industry will recognize the province doesn't want the responsibility of the business.