On July 10, Joe Howlett and the rest of the Shelagh crew were racing toward North Atlantic right whale No. 4123, hoping to save it. It would be Howlett's final voyage.

Volunteer died while freeing an entangled right whale, a species Ottawa has responsibility to protect

After an unprecedented number of whale deaths this summer, CBC News is bringing you an in-depth look at the endangered North Atlantic right whale. This week, in a series called Deep Trouble, CBC explores the perils of trying to rescue entangled right whale​s.

It was July 10, and Howlett and the rest of the Shelagh crew were racing to save North Atlantic right whale No. 4123.

It would be Howlett's final voyage.

The volunteer whale rescuer died that day trying to save an endangered species the federal government is tasked with protecting.

The details of Howlett's death —  untold until now — took place in the middle of a deadly summer for a disappearing species.

By July 10, the corpses of seven North Atlantic right whales had already been found, apparent victims of ship collisions or entanglements in fishing gear.

As the death toll climbed, pressure mounted on the federal government to save the whales from a man-made calamity before it was too late.

But members of the Campobello Whale Rescue Team, co-founded by Howlett on the tiny New Brunswick island in the Bay of Fundy in 2002, are the only people with the permit — and the will — to rescue entangled right whales in the Maritimes.

For 15 years, the federal government has relied on volunteers in the Maritimes to rescue this endangered species, providing a few thousand dollars and lending them old boats. They've rescued dozens of whales.

Partway through the summer, Fisheries Minister Dominic LeBlanc pledged to "take every possible measure" to protect the whales, which now number 500 at most.

But weeks later, still mourning one of their own, members of the Campobello team are calling for more help from the federal government.

"It makes me very angry that there has been this apparent lack of interest," said Jerry Conway, a retired employee of Fisheries and Oceans and an adviser to the whale rescue team.

Crew members of the 14-metre Shelagh were on the water in early July to do research, but entangled whales kept changing their plans.

Just days earlier, Howlett, along with Philip Hamilton, a research scientist at the New England Aquarium's Anderson Cabot Center for Ocean Life, successfully freed a right whale with the help of a Fisheries and Oceans crew.

Elation quickly turned to frustration when news came on July 9 that yet another endangered whale was in trouble.

Hamilton, the only witness to Howlett's last rescue who is not a Fisheries and Oceans employee, shared the details exclusively with CBC News.

Out in the Gulf of St. Lawrence, the Shelagh was about an hour away from No. 4123, when Howlett and Hamilton switched over to a Fisheries and Oceans fast rescue craft.

As they raced toward the whale, Howlett was at the bow, ready for action.

The captain noticed Howlett was getting a lot of spray, and he asked Hamilton if Howlett might like to move back, so he could stay dry.

"I kind of knew the answer, but I poked my head out of the wheelhouse and said, 'Joe, do you want to come back?'" Hamilton said.

"He turns to me with this big smile on his face. No, he's in the elements and loving it."

Hamilton designed the catalogue that keeps track of every North Atlantic right whale and knows each animal's story, from the identity of its birth mother to the distinctive calluses on its head.

After an assessment, the boat approached the animal slowly. On his first pass, Howlett was able to cut one line.

He turned around and gave the crew a big smile, Hamilton said. 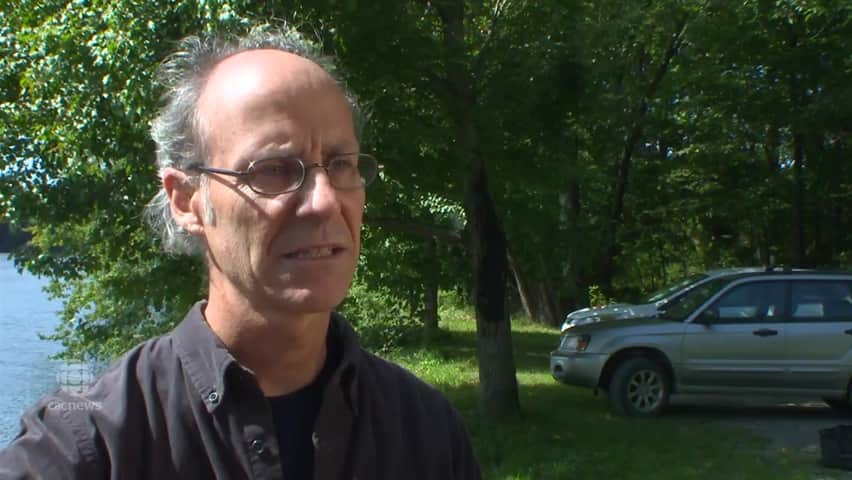 'That's when he got hit'

3 years agoVideo
0:44
Philip Hamilton, a research scientist at the New England Aquarium, was on the fatal whale rescue on July 10 with Joe Howlett. 0:44The whale flicked its tail, getting the back of the boat wet.

The crew let the whale settle down a bit, before Howlett leaned over to cut another line on the whale's back. He was using a long spear-like handle with a knife on the end.

As Howlett got the knife hooked under a line, the whale started to drop under the boat.

Then the captain of the boat saw Howlett flash a thumbs-up, according to Hamilton.

As the whale propelled itself down into the sea, Howlett had to duck as the tail came up.

"All I saw was the dorsal side of the whale's tail flip into the bow of the boat as it was going down," Hamilton said. 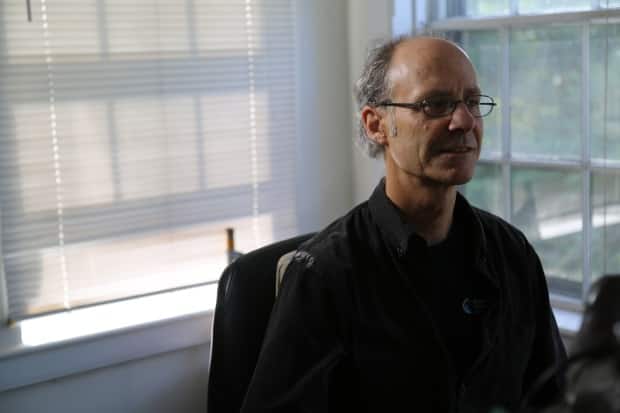 3 years agoVideo
1:14
Philip Hamilton, a research scientist at the New England Aquarium, was on the fatal whale rescue on July 10 with Joe Howlett. 1:14

The tail struck Howlett with roughly a tonne of force.

"It was catastrophic, so he probably didn't feel anything," Hamilton said.

Hamilton performed CPR for an hour and a half to try to revive his friend before the coast guard met them and took over.

But Howlett, 59, could not be revived.

Overhead, a plane was monitoring the whale, which thrashed and wriggled, shaking loose the lines Howlett had severed.

By the end of the day, the six-year-old male right whale was free of fishing gear.

Howlett could never bear to see an entangled whale, Hamilton said. He would be ecstatic to know the whale was still swimming.

"He was really happy at his very last moment. I take some comfort in that."

In the following days, news of Howlett's death was shared across the globe.

He was hailed as a hero.

Saving a whale's life produces a feeling of exhilaration like no other, said David Anthony, a fellow fisherman of Howlett's and a member of the Campobello Whale Rescue Team.

"If you didn't get that strong high, or that strong feeling from it, I think that you would probably not do it at all," Anthony said.

The team loves that feeling, and its members never considered saying no to a rescue.

At the same time, they believe the federal government has downloaded responsibilities onto them.

Fisheries and Oceans sets the standards and rules for protecting endangered species, including the North Atlantic right whale, under its Species at Risk Act.

Fisheries and Oceans gave the Campobello team a permit to disentangle whales, under the condition that "all reasonable alternatives" had been considered and "the best solution has been adopted."

The federal government sets the rules of engagement, but doesn't offer much financial support.

"I guess we've given them a free ride for a long time," said Moira Brown, a rescue team member and research scientist at the New England Aquarium.

The department disagrees, according to Adam Burns, the acting director general of fisheries resource management.

He cited the government's actions this summer — closing a crab fishery early in the Gulf of St. Lawrence and requiring ships to slow down — and its funding of the Campobello rescue team as examples of the focus on endangered whales.

"The government's commitment to whales is, to me, pretty clear," Burns said in an interview.

But members of the Campobello team said it's not uncommon for them to leave paying work to help save a whale.

The team travels on two boats on loan from Fisheries and Oceans. One is 34 years old, with seats held together by electrical tape, and the second is 19 years old.

When the engines failed, the team raised $40,000 to replace them. Anthony installed them in his free time.

"It seems like their responsibility probably should lie at least in giving us support to the fact that we need safe equipment to do the job," Anthony said.

The team also gets $9,500 a year in federal funding, most of it going to pay insurance on the two boats.

"We're doing their work, we have their boat, yet we have to pay the insurance on their boats," Conway said.

Burns wouldn't comment on why the Campobello team must pay insurance on the boats, saying the team has a negotiated contract based on "the services they provide."

He also wouldn't say whether the government might consider giving the team more funding.

"Obviously, there's an investigation ongoing with respect to the tragic death of Mr. Howlett. So we'll have to see."

Transport Canada is investigating Howlett's death but wouldn't provide any details. WorkSafeNB and the Department of Fisheries and Oceans are also investigating.

Even though they're the experts, members of the team said they haven't been interviewed by investigators.

Nor have any investigators talked to Hamilton since the day of Howlett's death.

The team must now ask the permission of Fisheries and Oceans before embarking on a whale rescue mission. Right whale rescues have been suspended since Howlett's death.

Conway believes Howlett would be angry to see the rescue team locked in what its members call bureaucratic red tape.

"I feel that if he's looking down on us, he's going to be very concerned with the government agency that is doing this."

'It's cracked my heart open'

For Moira Brown, between losing her friend Howlett and the deaths of at least 14 right whales, it's been the worst summer of her life.

In her mind, the only way to save the population and honour Howlett's memory is to figure out why whales keep getting entangled. No one has found the answer yet.

To do that, Brown believes, the government must be more willing to ask fishermen for their ideas. She believes the team could help with that, if only they had the resources. 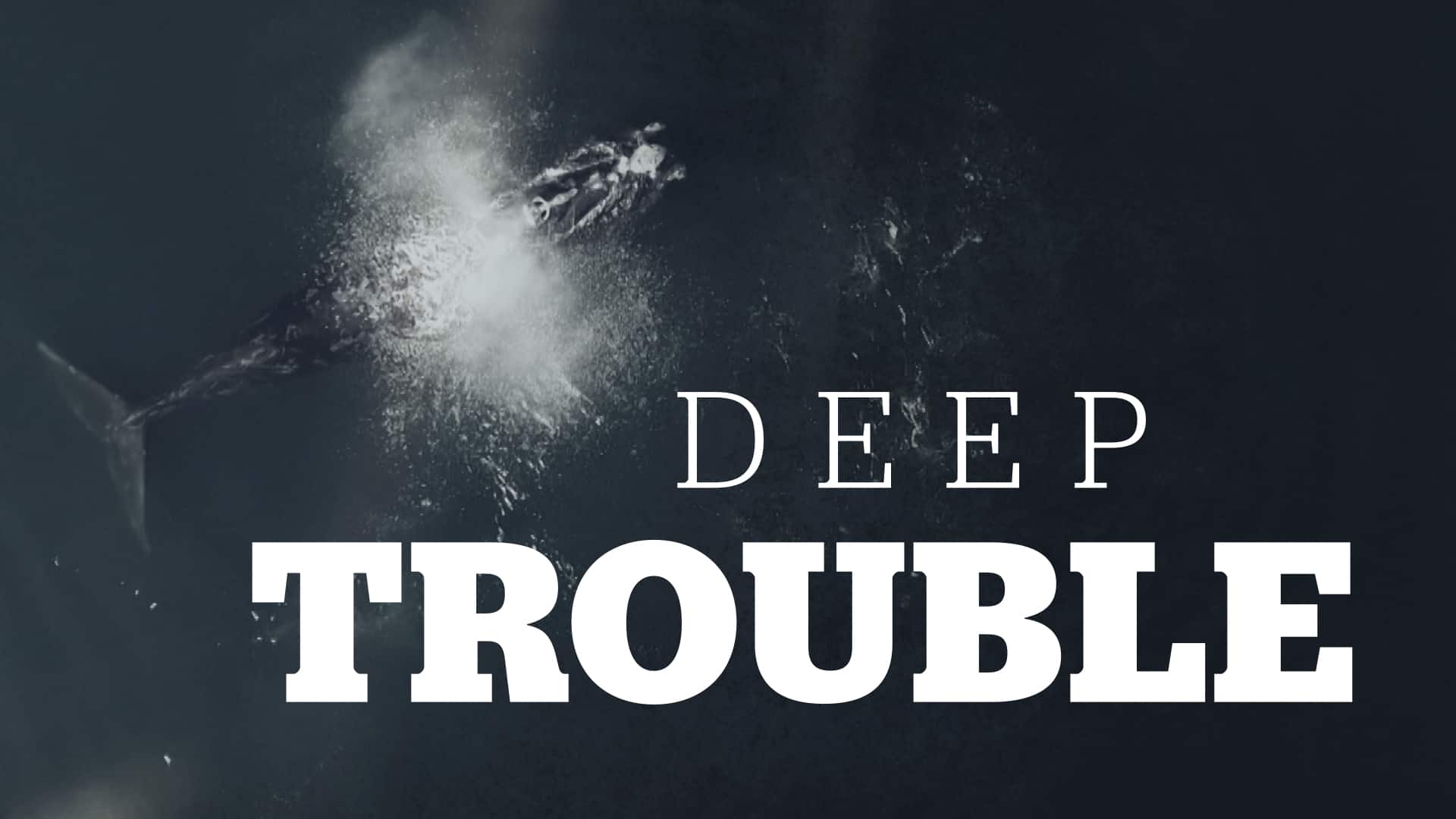 Hamilton, too, has struggled through a dark summer, dealing with Howlett's sacrifice and watching the decline of a species he loves.

"It's cracked my heart open," he said.

Like Brown, he believes the best way to honour Howlett would be to find a way to stop whales from getting entangled in the first place.

In a bittersweet moment 19 days after his friend's death, Hamilton said, he was glad to see whale No. 4123 swimming free in the Bay of Fundy.

"I would rather Joe were alive."