He found buried treasure, but now he's on the hunt for its owner

A Fredericton man is searching for the owner of a 1965 grad ring he found while metal detecting in Killarney Lake.

A Fredericton man is searching for the owner of a 1965 grad ring he found while metal detecting in Killarney Lake.

Rob Allaby and his brother, Stephen Allaby, were scuba diving when they found the 10-karat gold ring under about two metres of water, sand and hard clay on June 8.

When Rob found the ring, he tucked it away in his makeshift container — an old mayonnaise container with holes cut into it — without much thought.

But when he brought it to shore, the brothers realized what they were looking at: a 1965 graduation ring.

"We sort of both looked at each other and said, 'Wow, this could've been in here for 54 years,'" Rob said.

The emblem on the ring is for Southampton Regional High School, which was replaced by Nackawic Senior High School in 1967, when the Mactaquac Dam flooded the area.

Rob suspects it belonged to a female graduate because the ring is a size seven. 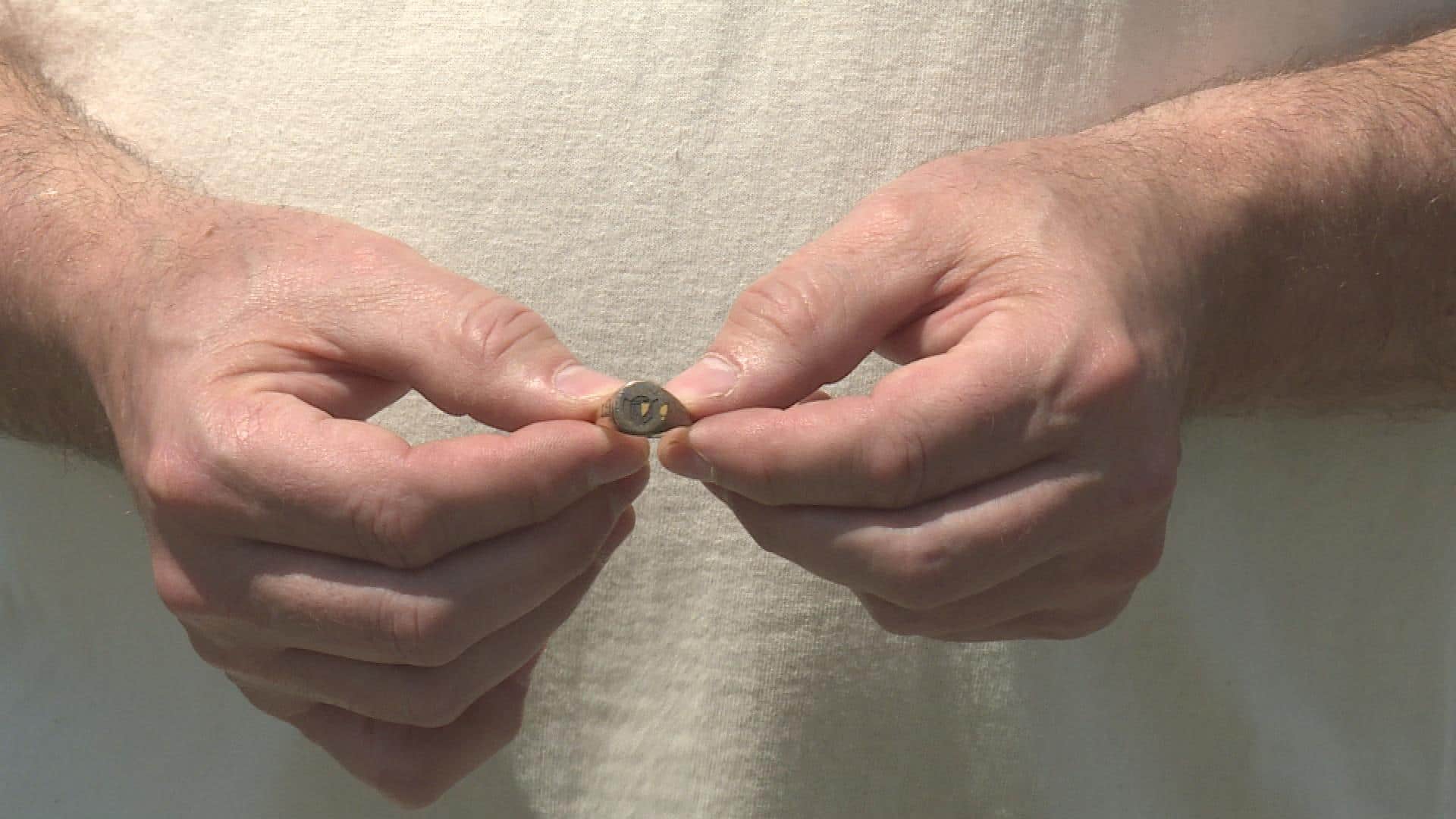 1 year ago
0:40
Anyone lost their 1965 gold grad ring? This man found one at the bottom of Killarney Lake and is determined to find the owner. 0:40

Twelve female students graduated in 1965. Rob has narrowed the potential candidates down to four women, but he's trying to contact the families.

"We're just hoping somebody has a story," Rob said. "You know if they had lost it swimming in Killarney Lake in 1967, you know it's probably in their memory that they lost it then and if that's how they lost it, we know it's theirs for sure," Rob said.

He's contacted several distributors including Jostens, Mike Flannery and Balfour. He discovered the ring was made by a company named Lackey, which was bought by Balfour, but he said he's not relying on records from the ring maker.

Rob and Stephen have been metal detecting for about a year and a half. Since then, the brothers have made it their duty to return lost items they find — including a wallet that contained $2 Canadian bills and a student identification card from 1969.

With the help of Facebook, they found the owner of the wallet in three days, who turned out to be a 74-year-old retired chemist in Pennsylvania. Last summer, they mailed the wallet back to him.

Now, Rob is once again turning to social media to find the owner of the grad ring.

"Maybe somebody on Facebook might have lost this, and you know they could say, 'We were out swimming in Killarney Lake in 1967 or something and lost the ring,' and they were so sort of traumatized by it because likely the ring was bought by their parents and given to them so they would remember this sort of thing," he said.

Despite working as a chiropractor, Rob still finds time to hunt for treasure — and find the owner.

"When you find something that really doesn't belong to you, and I know if it were mine, I'd want it back even after 50 years, even if it was my mother's," he said. "I think it would still be cool to find it after that much time."

He said his search isn't about finding the ring but finding its owner.

"You feel a lot better, you get more out of it when you give it back to the person, and they're so surprised that you found something that they lost 50 years ago," he said.

"It's quite rewarding, really. I guess that's why we do it."

Cassidy Chisholm is a web writer from New Brunswick who is now sharing stories at CBC Nova Scotia. She can be reached at cassidy.chisholm@cbc.ca.