Guns, revenge and floor-crossing. How a political masterstroke paved the way for the Hatfield dynasty | CBC News Loaded
New Brunswick·PODCAST

Guns, revenge and floor-crossing. How a political masterstroke paved the way for the Hatfield dynasty

It was a turning point in New Brunswick politics — a decisive moment for the man who became the province's longest-serving premier.

Listen to "The Speaker's Choice" the 12th episode of The Hook, a podcast from CBC New Brunswick. You can listen to the full episode by clicking on the CBC Podcasts page or by subscribing in iTunes.

It was a turning point in New Brunswick politics — a decisive moment for the man who became the province's longest-serving premier.

It was also a highly partisan moment that played out publicly on the floor of the legislature.

But some elements of the Robert McCready story have remained a mystery until now.

McCready's family has revealed new details of the dramatic episode in 1979 in which the Liberal MLA decided to become Speaker of the legislature — on the invitation of Progressive Conservative Premier Richard Hatfield.

One of those details involves a gun.

Another concerns a possible appointment to the Senate, one of the most coveted rewards in Canadian politics.

4 years ago
Duration 0:35
Promo for the latest episode of The Hook - a CBC New Brunswick original podcast.

McCready's story resonates in 2018 because Liberal and PC Party strategists are preparing for a Sept. 24. election that could mirror the 1978 result: a narrow two-seat victory.

If that happens, you'll hear a lot more about Bob McCready.

"I can see why it's become topical," said Arthur Doyle, an adviser to the 1978 Liberal campaign. "At this point there's a high expectation in both major parties that they're going to win but it's close."

"If it happens again, be prepared," says Susan King, a retired CBC News reporter who covered the McCready drama. "It would be a very interesting session."

The PCs won 30 seats in 1978 compared with 28 for the Liberals. If Hatfield had chosen one of his own MLAs as Speaker — the usual route — his majority would have been cut to one.

If one Tory MLA were sick or weather-stranded, the government might fall.

The premier wasn't going to let that happen.

"Hatfield was one of the most astute politicians that New Brunswick has seen," says McCready's son, Steve. "He looked ahead and he was putting a puzzle together. He knew where the pieces were."

McCready was first elected in 1967 as a Liberal. He was Speaker of the legislature during the final mandate of Premier Louis Robichaud's government. He was re-elected in 1970, lost in 1974, and made a comeback in 1978, winning Queens South for the Liberals.

That same night, Bruce Hatfield, the premier's nephew and the head of his campaign, got a call from a friend of McCready.

"He said, 'If this thing ends up that close, I want the message passed on that Robert McCready might be prepared to do something,'" Bruce Hatfield recalls.

Within days of the election, "Hatfield came right down to his house," Steve McCready says. "He didn't ask him to come to Fredericton but came down and sat and talked to him."

Joe Daigle, the Liberal Party leader, declared that none of his members would be allowed to take the job. He made McCready house leader, presumably an incentive for him to stay loyal.

But McCready was nursing a grudge. He ran for the party leadership earlier in 1978 and placed last. He felt the Liberal establishment had unfairly orchestrated Daigle's victory.

"He said yes primarily because it was an opportunity for him to get even for what the Liberal Party did to him," says Jim Cougle, who was a young Tory supporter who befriended McCready after he became Speaker.

But he also acknowledges that "the Liberal leadership made my father a Conservative."

Threats and an offer

On Feb. 2, 1979, McCready told Daigle he would accept the nomination from Hatfield. He was expelled from the Liberal caucus and would later claim Daigle told him: "We will destroy you."

Daigle turned down an interview request from CBC News.

Daigle wasn't the only one angry about the decision. Steve McCready says his father received anonymous death threats in the mail after he revealed his plans.

In the end, father didn't trust the Liberals, whoever they sent from the prime minister's office.- Steve McCready, son

The Liberals had another card to play: McCready was offered an eventual appointment to the Senate in Ottawa if he turned down the Speaker position.

"It was a tough decision —  to be offered a place in the Senate or to go into a windmill of controversy in the province of New Brunswick," Steve McCready recalls.

"In the end, father didn't trust the Liberals, whoever they sent from the Prime Minister's Office. … It came down to a matter of trust and he said, 'No, I'm going to stay where I am.'"

A pistol under his pillow

Given the threats, McCready took a precaution when he moved into the Lord Beaverbrook Hotel in the days leading up to the start of the session.

He owned a legal pistol for his late-night drives carrying cash receipts from his family's restaurant in Young's Cove, and he kept it under his pillow in his hotel room. The government also provided a security detail outside his room.

The day before the house opened, there was a bomb threat to the legislature, but police found nothing.

Speakers were traditionally nominated by the premier, with the leader of the Opposition seconding the nomination.

Daigle refused and tried to veto McCready's nomination when the house opened, but he didn't have the power to stop it.

Instead, it was Daigle who saw his political future blocked by McCready's choice.

If there had still been a chance for the Liberals to defeat the PCs in a confidence vote, the party would not have dared hold another leadership race, Doyle says.

In the two years that I was Speaker, I waded through 40 miles of Hades for that man, and I'd do it again if it was necessary.- Bob McCready, former Speaker

"It was going to be four years and [the Liberals] had time to go with somebody else," Doyle says. "I think if it had stayed at the two seats, they might have said, 'We better hold on here.'"

McCready's break with the Liberals would become permanent.

"Many of the words that have been said to this point would lead me to believe that I would doubt very much if I ever sought the nomination from the Liberal Party again," he told the CBC in the fall of 1979.

When McCready stepped down as Speaker in 1981, he joined the PC caucus and became Hatfield's transportation minister.

He remained loyal to Hatfield until the end, even when other Tories tried to oust the premier in 1985 over a series of scandals.

"I found in my dealings with Richard Hatfield, he's an honourable man," McCready told the 1982 PC nominating convention in Queens South.

"In the two years that I was Speaker, I waded through 40 miles of Hades for that man, and I'd do it again if it was necessary."

McCready was re-elected that year with a bigger majority as a Tory than he'd ever won as a Liberal.

And Hatfield won his largest-ever majority in that election. A fourth mandate made him the longest-serving premier in New Brunswick history — an achievement that might not have happened without McCready's decision in 1978.

McCready died in 1995, but his unique role in the province's history still fascinates political aficionados.

Three of the last four provincial elections have been decided by a small number of seats, and this year's vote could be another example, raising the possibility of another McCready-style move.

"So there would be speculation about that. It has to be on the minds of some of them: 'I wonder who that could be — if it could happen.'"

"I could see it happening," Susan King says. "That's politics!"

Listen here to CBC reporter Jacques Poitras reveal the untold story of Bob McCready's decision to help Richard Hatfield's government in the Speaker's Choice podcast. You can also listen to the episode by clicking on the CBC Podcasts page or by subscribing in iTunes. 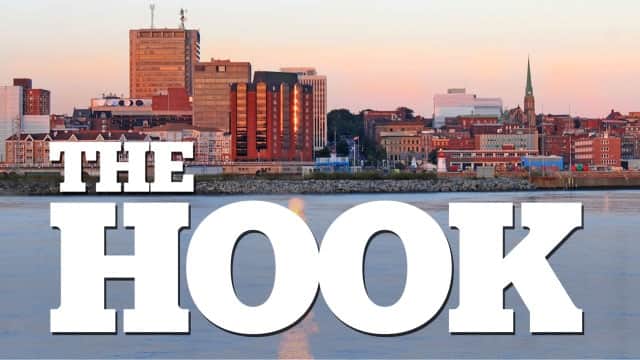 The Hook22:46Episode 12: The Speaker's Choice
In 1978, Bob McCready saved Premier Richard Hatfield's government. McCready was a Liberal MLA who was appointed Speaker of the Legislature by the Progressive Conservative premier. It padded Hatfield's narrow majority in the legislature. With another potentially close election coming this fall, CBC New Brunswick's provincial affairs reporter Jacques Poitras reveals the untold story of the Speaker's Choice.

Jacques Poitras has been CBC's provincial affairs reporter in New Brunswick since 2000. He grew up in Moncton and covered Parliament in Ottawa for the New Brunswick Telegraph-Journal. He has reported on every New Brunswick election since 1995 and won awards from the Radio Television Digital News Association, the National Newspaper Awards and Amnesty International. He is also the author of five non-fiction books about New Brunswick politics and history.