Big-time movie with Saint John roots out of money

​The movie Dominion is searching for investors after running into financial problems. 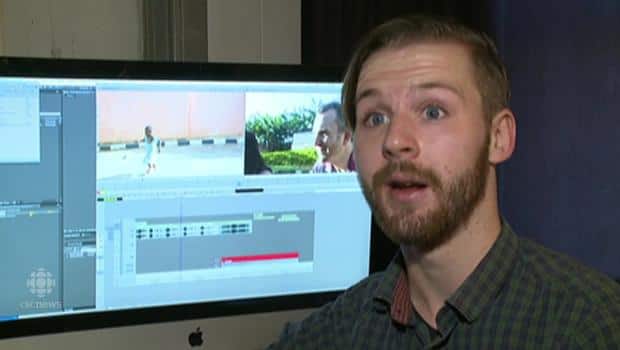 ​The movie Dominion is searching for investors after running into financial problems.

The movie stars Rhys Ifans and John Malkovich and generated excitement in New Brunswick when it was filmed partly in Saint John in June.

The movie tells the story of the final day of the life of famed poet Dylan Thomas.

In September, background actors and technicians in New Brunswick complained to CBC News they were still waiting to be paid for their work on the film. Producers say they have since been paid.

CBC News has since learned the province of Quebec assigned a grievance arbitrator on Oct. 20 to look into monies owing to about 50 Quebec film and sound technicians for their last week of work on the project in June.

​​“It’s their pay, you know? Everybody needs to be paid for the work they’ve done,” said Charles Paradis, director of labour relations at AQTIS, the union of film and sound technicians of Quebec.

The film’s writer and director, Steven Bernstein, says everyone in Montreal will get paid.

​“I believe [the technicians] have been paid [for] everything now except the last week. So only a little more to go. I will make certain that is paid as well. No person will have worked on this film and not be paid. Yes it is late. Just as the N.B. [pay] was late. But it will be paid. That is our only obligation,” he said in an email to CBC News Thursday.

Paradis questioned why production continued as a financial shortfall loomed.

"It’s not right with the people to do that," he said.

Rothesay resident ​Nolan McDonald is a producer on the film. He says if they hadn't continued to film, the project would be in a worse position financially because they wouldn't have an end product to put together.

"It was better to wait a little bit and pay those people all three pay cheques, rather than have the film shut down, have no film and have those people out three weeks of work," he said.

McDonald said he can't comment on what led to the shortfall in Montreal.

The film still needs to be edited together and finessed — something which will require more money.

McDonald says some of the things the film needs to be completed are an editor, sound designer and a score.

“Quite a few things need to be done before it’s ready to be released,” said McDonald.

“We have the footage that we shot that we can piece together roughly to show investors and we have a great cast and things like that, so they get the rough idea of what that film is going to look like, but there is still a lot of work to be done before we have a finished film. And again, our goal is not to begin any of that until the crew is looked after in Quebec."

The best of intentions

McDonald and Bernstein developed a friendship and business relationship over Bernstein’s last major film, Decoding Annie Parker. McDonald says the intention in bringing the film to Saint John was good.

“The experience, even though it didn’t end up being what we had hoped, it wasn’t necessarily all negative,” he said.

For its New Brunswick portion of the production, the film received a $350,000 tax credit from the provincial government, $175,000 of which has been paid in a first instalment.