Have you heard? Moncton arena named after N.B. audiology company

Two days before it officially opens to the public, Moncton's new downtown events centre has a name: The Avenir Centre.

Avenir Hearing, a New Brunswick audiology company with 11 clinics across the province, bought the naming rights for an undisclosed amount.

Denis LeBlanc, president of the company, said it wanted to be part of the success of the facility and to boost visibility for the hearing health industry.

"It's a chance of a lifetime for us to use this world-class venue and really be able to promote better hearing health," LeBlanc told reporters after the announcement Thursday at the 8,800-seat arena on Main Street.

The company will offer free earplugs at noisy events after the $113-million facility opens this weekend. 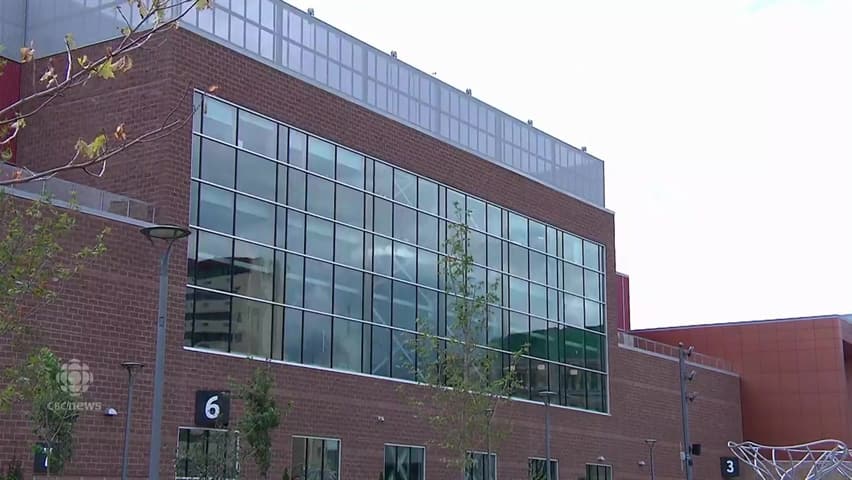 2 years ago
0:52
Have you heard? Moncton's new downtown events centre has been named after a New Brunswick audiology company. 0:52

"It would be kind kind of strange for us to put our name on a building that's hosting noisy events and not do anything," LeBlanc said.

Nick DeLuco, the general manager of the facility, said the naming rights agreement came together over the last month after a meeting with Avenir.

"It came together really quick," said DeLuco, who works for SMG Canada. "We had a desire to find a deal, Denis was very interested in getting this done as well and it's a partner that fit great with everything we wanted to do."

DeLuco and LeBlanc said that because the naming rights agreement is between two private companies, the details of the contract won't be made public.

While the city owns the building, the city hired SMG to manage the facility. That included securing the name and contracts with major tenants like the Moncton Wildcats hockey team and Moncton Magic basketball team.

While SMG was responsible for selling the naming rights, the city must still give its formal approval at a future council meeting.

SMG will keep the revenue from the deal.

Deputy Mayor Greg Turner says he's pleased a local company will have its name on the building in 14 foot-tall letters.

"Everybody was expecting certain names would come to the top I guess, so no it wouldn't be the first one off the tip of the tongue quite frankly," said Turner, adding it's typically banks or airlines that buy venue naming rights. "But the more you digest it, the more you think about it, you realize this makes a lot of sense and really fits what we're doing here."

The city built the centre on the former Highfield Square mall site hoping it would draw more people downtown and spur new development.

The name was announced at a ceremony inside the facility's club lounge with some of Moncton's top business leaders, city officials, representatives of the teams that will play in the building, LeBlanc's family and Avenir Hearing employees.

Tickets to the ceremony were sold for $75 each. After covering the costs of the event, the money will be donated to the city's fundraising campaign for the facility.

That campaign had raised $1.6 million of the event centre's construction cost as of May. The city is aiming to raise $5 million.