A researcher studying recent algal blooms in New Brunswick is mining the past for data to help explain curious algae blooms that have been popping up the province recently. 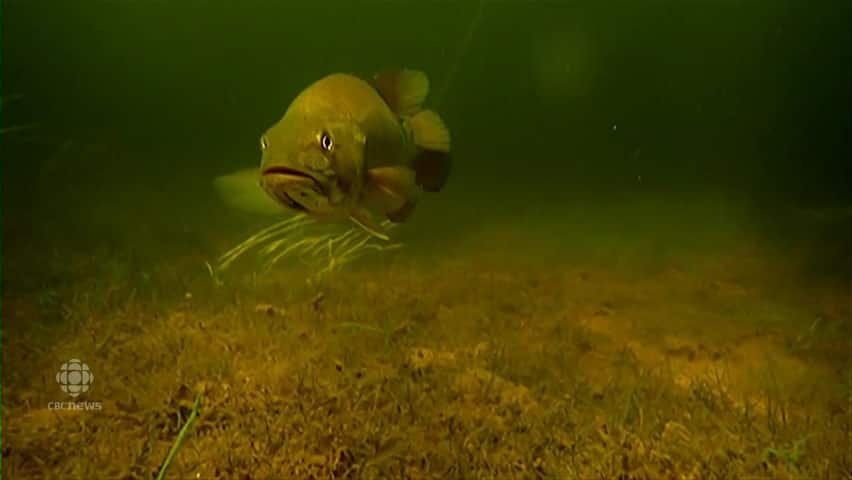 Take a dive under Oromocto Lake with Tim Patterson

4 years agoVideo
0:57
Patterson is collecting samples from the lake to look for deceased cyanobacteria to check for presence of algae bloom in the past 0:57

A researcher studying recent algal blooms in New Brunswick is mining the past for data to help explain curious algae blooms that have been popping up the province recently.

Tim Patterson, a geologist and earth sciences professor at Carleton University in Ottawa is using "ice-out records" to find a correlation between temperatures and algae outbreaks.

"We have records dating back to the early 1800's where people would keep track of when the ice would go out from this lake in the spring," said Patterson. "This sort of information tells us a lot of what was happening back then. It's fantastic for building a long trend model."

Patterson's running theory is lakes with increased exposure to additional sunlight and oxygen as a result of early ice departure may be more prone to an increase of cyanobacteria blooms in New Brunswick.

"The sunlight can get into the lake earlier, photosynthesis can start to curb," said Patterson. "Plants can start to grow earlier. The lake turns over, and basically the lake becomes, much, much, much more productive and that is conducive to things like cyanobacteria."

Patterson has been using records tallied, in part, by Clayton Piercy on when the ice would leave Oromocto Lake. The first recorded dates back to May 18th, 1876. He says the ice is leaving lakes earlier than ever recorded before.

"People kept records like that, farmers just writing it on their barn doors," said Patterson. "Sometimes just to get an idea when fishing season was coming, or to compare the winter to the years before."

That citizen science data may help to uncover why algae blooms have been occurring in areas where they haven't been recorded before.

"Many of them were occurring in lakes where they really shouldn't be happening," said Patterson. "These are lakes that have relatively clean water. They're not ones that have a lot of agricultural runoff, or a lot of industrial output. So they really aren't prone to this sort of thing."

"We are going to go look back in time, and say well 'we've recorded these cyanobacteria now, did they occur in the past?'"