'And then he was raping me': Victim goes public about shocking attack to reveal justice system flaws

A sexual assault victim who was a minor at the time of the attack has taken an extraordinary step, going to court to have the publication ban on her identity lifted so she can talk publicly about her case and push for changes to the criminal justice system.

There is no mistaking Sam Fazio's vulnerability, or her reluctance.

The 20-year-old is a sexual assault survivor who came of age in the #MeToo era. She's an emerging warrior, and yet often feels nothing like one.

"I think it's been almost three years since it happened, and it still affects me pretty much every day," she says, her voice shaking and her eyes watering.

"I've had public, crazy panic attacks, like just from being in the dark. And it's just like an overload of feeling, like I'm back there even though I'm not."

Fazio was 17 when she was violently sexually assaulted at a school dance at a Vancouver bar. A 16-year-old boy she knew cornered her in a bathroom stall.

Her memory of what happened next is graphic and disturbing, and her voice breaks as she recounts what she remembers.

"Him pushing me down, like into a crouching position in the corner of the stall, and shoving his penis down my throat. And I just remember crying and, like, pushing with my hands against his legs trying to get him away from me, but he was a lot stronger and I couldn't get away. And then he was raping me.

"And being so scared — then I just remember really looking down and I saw like all my blood, like everywhere."

Fazio was rushed to hospital and into emergency surgery to stem massive bleeding from deep cuts in and around her vagina.

Fazio couldn't walk for weeks after the attack, let alone take part in Vancouver's women's march in January 2018. But she's taken part in as many shows of protest as she can, to speak to the fact that her attack was only the beginning of a long and traumatic journey that is still unfolding.

As the victim of a sexual assault and a minor at the time, her identity could have remained secret. Instead, Fazio took the extraordinary step of going to court to ask that the publication ban on her identity be lifted.

She wanted to share the horrific, intimate details of her story to openly question why any victim would ever want to come forward, even now in this era of reckoning, given her experience with the criminal justice system.

From the first conversation with police, who asked her what she was wearing that night, to defence lawyers suggesting the attack was consensual, Fazio says the process has left her feeling victimized all over again.

"With my case, I don't know how many witnesses there were, but there was maybe like 10. And so much evidence and blood and everything," she told CBC News in her first public interview since the attack, shaking her head. "But there was pretty much no repercussions for what he did. I don't think it sends a good message out to anybody.

"And I think for other survivors, to them it's like well, why would they do anything if they're going to get treated like this?"

Ultimately her attacker was convicted, not only for her assault, but for another one as well that came to light during her trial. As a young offender he was sentenced to the maximum three years, but the judge ruled only two weeks of that sentence be served in custody and the rest under supervision.

The judge said he took into consideration the fact that the boy, now 19 years old, had missed out on graduating with his friends and was being shunned in the community. The judge also deemed he was at low risk to re-offend.

Fazio says the reasoning was almost as shocking as the sentence.

"He had two charges of sexual assault and it got significantly worse with the second one," she says, referring to hers.

"Saying that he was a low risk to re-offend just makes no sense to me. I think it just shows that it's OK to assault people because, like, the worst that's going to happen is you're just going to have to go sit in a detention centre for two weeks."

The apparent disregard shown for Fazio by the legal system, and the perception that her attacker's rights eclipsed hers, became a flashpoint. Soon after the sentence was handed down last fall, nearly 200 protesters showed up outside Vancouver's provincial courthouse.

The rally was followed by an online petition demanding the judge in the case be removed from the bench. To date, the petition has gathered more than 75,000 signatures.

Mitra Kazemi and her sister Yalda organized the rally and the petition. They don't know Fazio, but say the outcome of her trial felt like a collective insult.

"It's good for the survivor to see this many people want to help you," Yalda says, adding so many feel Fazio was denied justice.

Yalda says they realize the petition is largely symbolic since judges are appointed for life, but she adds that it challenges the justice system to get in step with the changing times.

Advocates for legal reform say the #MeToo movement is confronting entrenched biases in the criminal justice system that often meet sexual assault and harassment allegations with skepticism, despite the low rate of false reporting — between 2 and 10 per cent, similar to the rate seen with other criminal offences.

Alana Prochuk is manager of public legal education at West Coast Leaf, which recently released a report about the barriers women face when reporting sexual assault.

She says statistics show about 95 per cent of sexual assault survivors don't report, and when they do, they are often not believed.

She adds that those kinds of attitudes also find their way into the justice system.

Prochuk says while she can't comment on specific cases, including Fazio's, the #MeToo movement is only as powerful as the people in it, especially the ones who make the difficult decision to share their story.

"So we might not see it right away. But I do think that the activism we're seeing is really powerful, and by speaking out, survivors do make a difference for those who choose to do what's meaningful to them."

Although it's not what she set out to be, Fazio has become the human story behind the hashtag.

She's received hundreds of messages, many from other survivors turning to her for guidance.

She and her best friend Zoey Walter have also started a podcast called  Informed  to help educate people about consent. Water says she hopes all the disclosures will help Fazio heal.

"It's good that they're feeling comfortable enough to say, like, 'This also happened to me.' And it's also a comfort for Sam to see she's not alone in this."

Even so, it can be overwhelming. Fazio found her voice at a time when more survivors are being heard, yet says she often feels more defeated than empowered. She has a hard time telling people to do what she did.

"I don't feel like I can confidently tell anyone to go report it to the police, because it's been such a terrible process."

Fazio is healing, she meditates and does yoga daily. She's also trying to focus on her studies as a university arts major.

But the case is now under appeal and it's difficult to move forward, she says, when the past still defines and disappoints you.

Watch the story from The National about Sam Fazio and issues involved with speaking out in the #MeToo era: 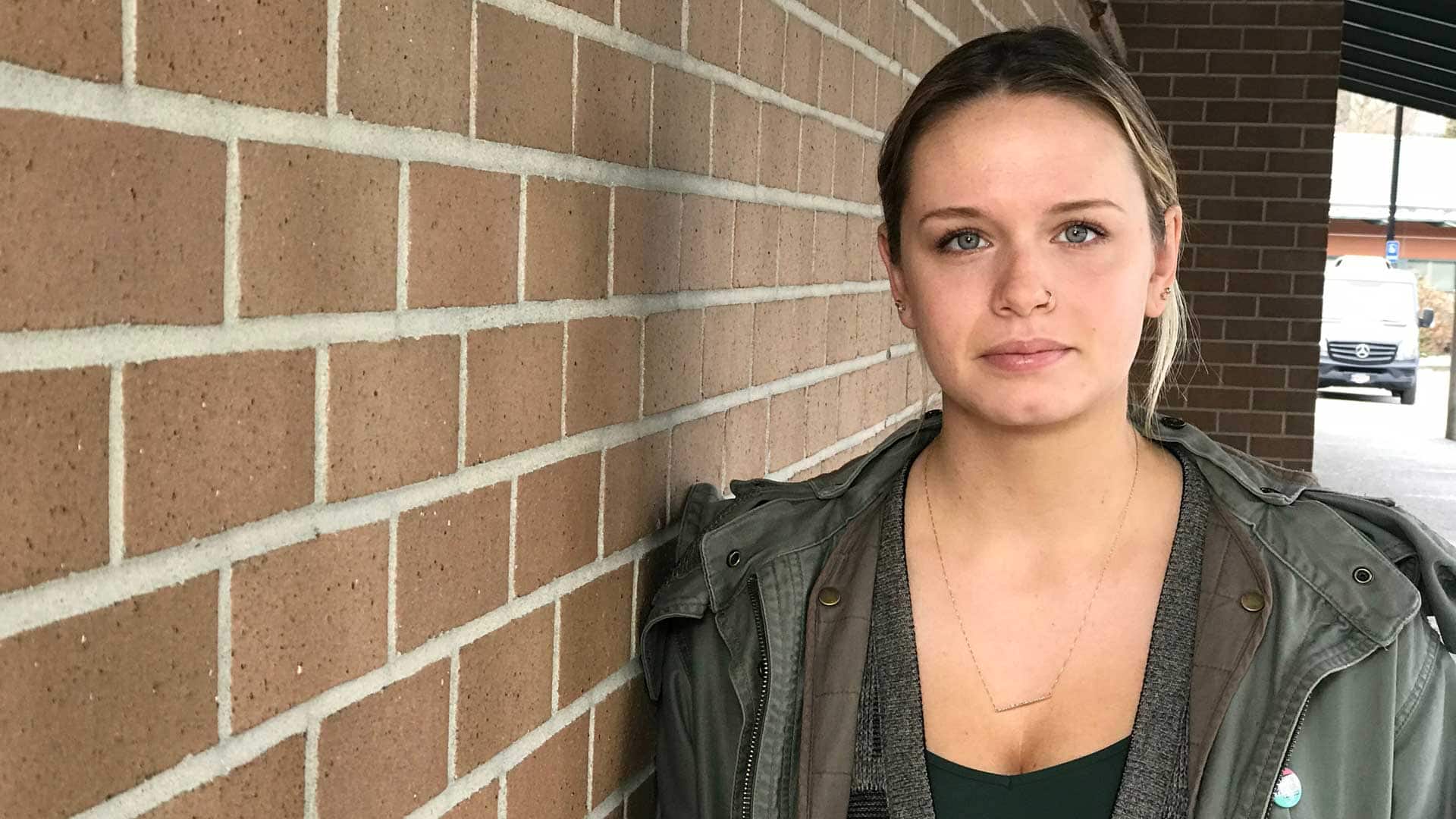 The fight to be heard: Speaking out in the #MeToo era | In-Depth

2 years agoVideo
10:17
Three years ago, Sam Fazio was a teen girl at a dance. Then the unthinkable happened. She was brutally sexually attacked, leaving her with physical injuries so horrific they took weeks to heal. But, as she tells Ioanna Roumeliotis, that was just the beginning of her struggles through the traumatic experience. 10:17

There is always a deeply human story behind every issue. From reporting on serial killers to the benefits of hiring people with disabilities, the best journalism gets the facts and tells that story. @ioannacbc on Twitter