The town of Warwick has broken the world record for the largest poutine, using around 1,000 kilograms of cheese curds.

Warwick, Que., is known for its cheese-making industry 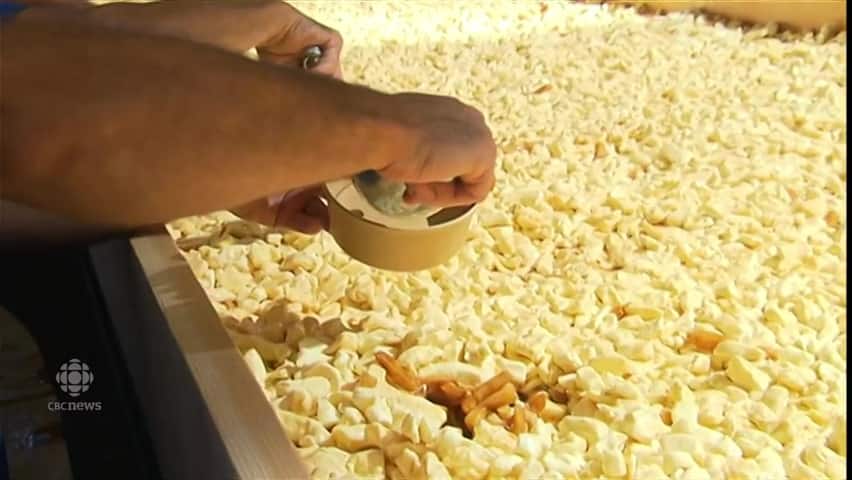 The town of Warwick in Central Quebec has broken the world record for the largest poutine.

Sébastien Lemay, co-owner of Fromage Warwick, said the town's cheese producers banded together to beat the record set by Trois-Rivières at 2,000 kilograms in 2015.​​

Lemay teamed up with Fromagerie du Presbytère and Fromagerie Victoria to make the giant meal a reality.

The cheese curds take about 26 to 28 hours to prepare, but the fries are only going to be deep fried an hour or two before the whole thing comes together.

Around 40 deep fryers were installed at the event site and 40 volunteers spent the day preparing.

This time around, a table measuring more than 18 metres in length was set up to hold the massive poutine, which was weighed by a representative from the Guinness World Records.

The final poutine came in at 3,034 kilograms — using about 1,000 kilograms of cheese curds.

Following the weigh-in, the poutine was sold to hundreds of hungry Quebecers who came from all over to sample the giant dish.

With files from La Presse Canadienne and Radio-Canada