Quebec Health Minister Christian Dubé said by next Monday, the province should receive four boxes of the Pfizer vaccine, which will allow for 2,000 people at two long-term care homes to be vaccinated. Quebec is prioritizing residents of long-term care homes and health-care workers in its vaccination plan.

By next Monday, Dubé said, the province should receive four boxes of the Pfizer vaccine, which will allow for 2,000 people at a long-term care home in Montreal and another in Quebec City to be vaccinated.

Radio-Canada has learned that the Montreal boxes will be delivered to the Maimonides Geriatric Centre in Côte Saint-Luc, where 15 residents have died from an outbreak that began last month.

Prime Minister Justin Trudeau announced earlier Monday that up to 249,000 doses of the two-dose Pfizer COVID-19 vaccine will be available in Canada this month.

Trudeau said the first shots should arrive next week, if Health Canada gives the product the green light. Dr. Supriya Sharma, the chief medical adviser at Health Canada, has said her department could approve the Pfizer product as soon as this week.

Dubé cautioned that all the Quebec-specific targets depend on whether the vaccine gets that approval.

Quebec expects the Moderna vaccine to be available in Canada at the beginning of next year, meaning the province could vaccinate 650,000 people in the first three months of 2021, Dubé said.

He also said that while it's good news that the vaccinations are set to begin, Quebecers must still make sacrifices because the vaccine doesn't cure COVID-19.

"The best gift I could give to my mother, your grandmother, our parents, is to make sure they can have the vaccine in January, February and March. If we're not careful, they might not be there in 2021." 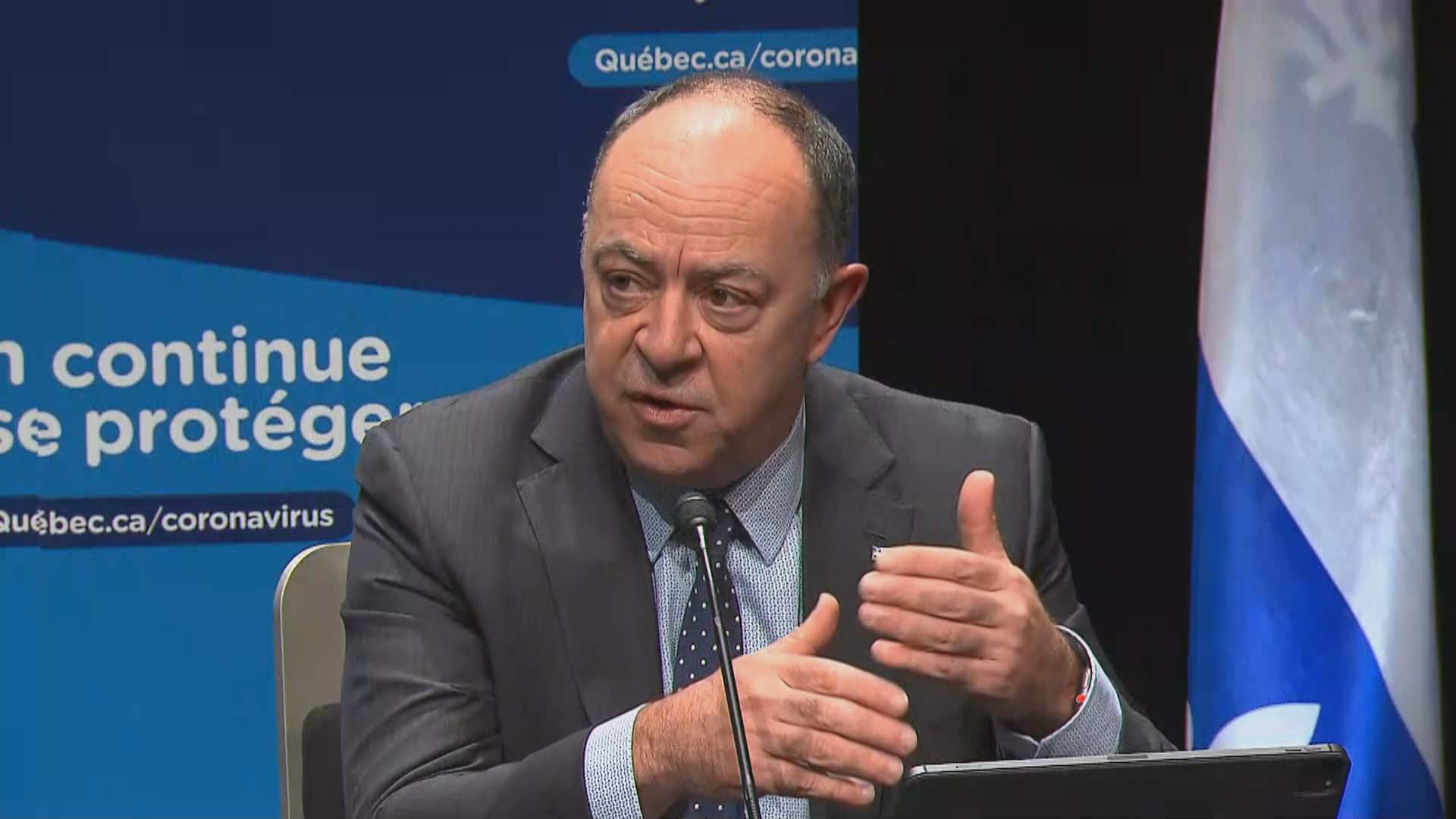 1 month agoVideo
1:53
Residents of long-term care homes and health-care workers will be the first to receive the COVID-19 vaccine in Quebec. 1:53

Quebec has been experiencing a surge in COVID-19 cases of late, which the Health Ministry has attributed to an increase in community transmission as well as outbreaks in schools, workplaces and in some long-term care homes.

Who gets the vaccination first?

Residents of long-term care homes and health-care workers will be the first to be vaccinated against COVID-19 in Quebec.

People living in private seniors' residences and those in isolated communities, including Indigenous communities, will be next, provincial public health officials revealed during a technical briefing Monday.

Those four groups represent about 547,000 people living in Quebec, which has a population of about 8.5 million.

The strategy aims to directly protect the most vulnerable members of the population, instead of betting that they will be indirectly protected if those around them are immunized, officials said.

The next groups of people to receive the vaccine will be organized by age group, starting with those 80 and up, then 70 to 79, and 60 to 69, followed by those who are 60 and under and have other risk factors.

There will be 20 vaccination sites, developed in conjunction with Pfizer, across Quebec, Dubé said — four in Montreal, two in the Montérégie region, and one each in 14 other regions.

WATCH | There could be challenges to the COVID-19 vaccine rollout, experts say 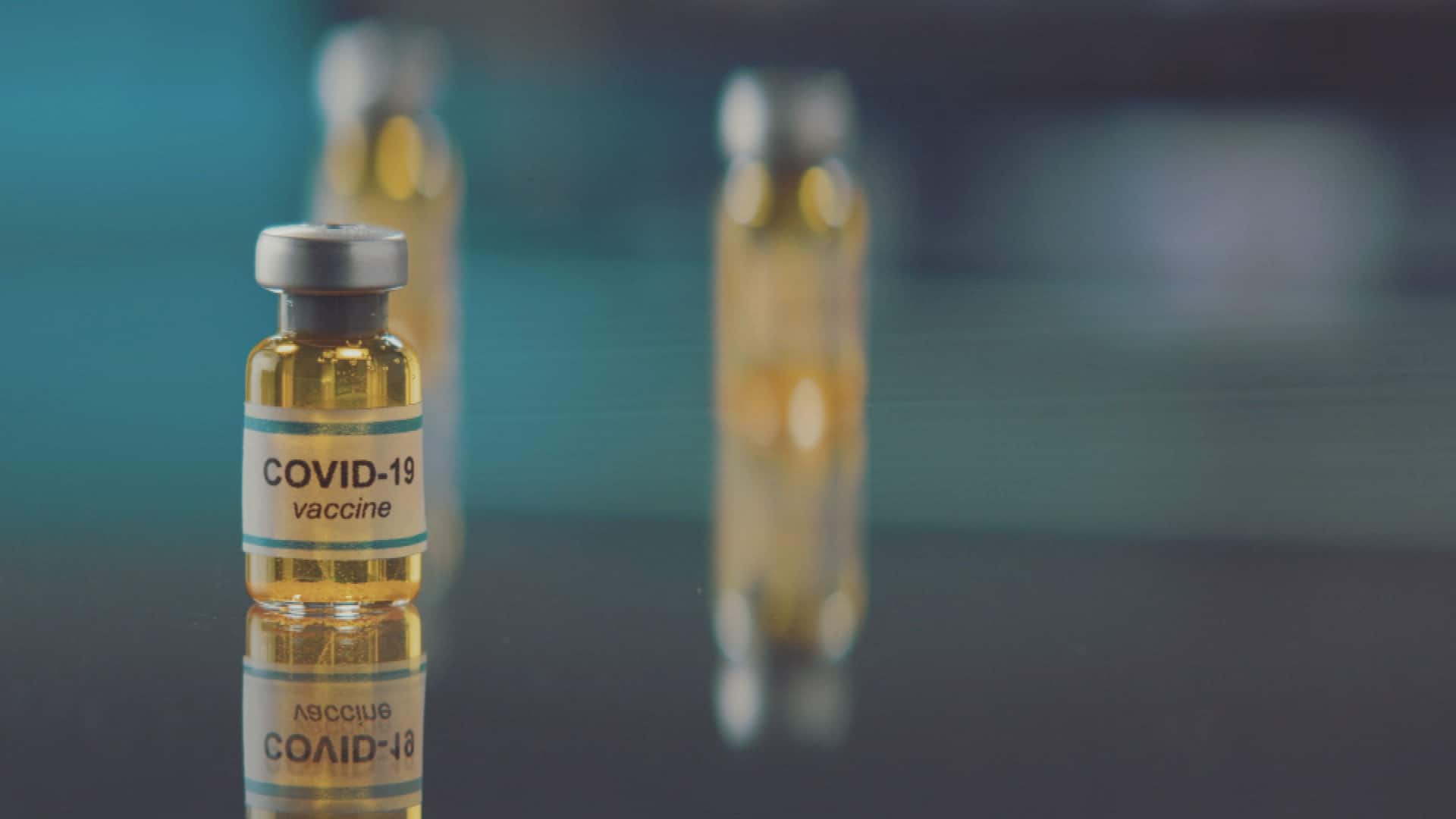 When it comes to logistics, Dubé said more than 1.1 million Quebecers have received the flu shot in a little over a month, and in recent weeks the province has been vaccinating people against the flu at a clip of about 250,000 people per week.

That bodes well for the province's ability to administer COVID-19 vaccines, he said.

Dr. Élise Boulanger, a long-term care home doctor in Montreal, says Quebec's timeline for immunization in the homes is realistic.

"We do it every season for the flu, so those are things we're used to doing — getting consent from residents or their families, and then proceeding to the immunization," Boulager said.

"Keeping seniors isolated or quarantined in those environments is much more difficult than if they're in their own home," Herrick said. "I'm really happy to hear that that's [the government's] priority."