Railway blockades resulted in another day of train cancellations in the greater Montreal area, creating headaches for commuters and sparking worry from the propane industry as Quebec's supply of the gas dwindles.

On Friday, Quebec Premier François Legault once again called on Prime Minister Justin Trudeau to act, saying the situation was having a "major impact" on the province's economy.

In Kahnawake, a blockade on the Canadian Pacific Railway tracks has forced Exo to cancel service on its Candiac commuter line for a fifth day in a row.

Another blockade in Tyendinaga Mohawk territory near Belleville, Ont., has stopped Via Rail service between Montreal and Toronto.

Via Rail cancelled most of its services nationwide Thursday after Canadian National Railway shut down its Eastern Canadian network, citing safety concerns.

The police are enforcing a B.C. Supreme Court injunction to allow Coastal GasLink workers to continue construction on the pipeline.

On Saturday, about 100 people gathered in front of Quebec's National Assembly to protest in solidarity.

"The situation [In British Columbia] is very much like ours," Shushan Bacon told Radio-Canada. "We are humiliated every time, with attacks on our rights, our culture, who we are."

"From one generation to the next, we've been tricked," the Innu supporter said. "We need to talk, we need to get up. We say no. That's enough." 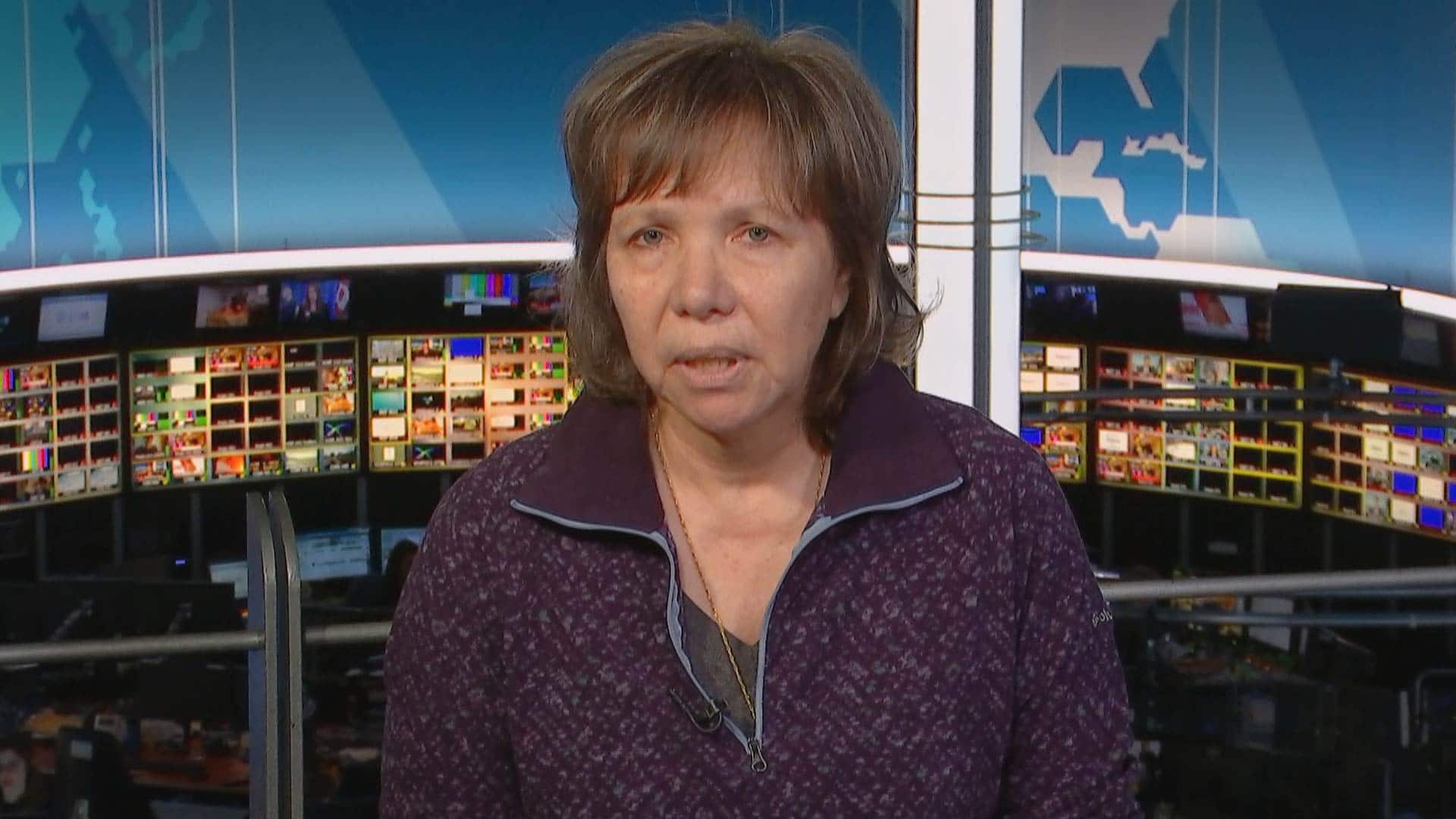 11 months agoVideo
8:45
Ellen Gabriel, an Indigenous rights activist who served as spokeswoman for the Mohawk people in Kanesatake during the Oka crisis, gives her perspective on this week's demonstrations across the country in support of Wet'suwet'en hereditary leaders who oppose a pipeline project in British Columbia. 8:45

The blockades have brought deliveries of key goods to a standstill. Earlier this week, the Quebec association representing manufacturers and exporters (MEQ) said the blockades are already having an impact on the economy.

Now the propane industry is worried as well.

Raymond Gouron, general manager of the Quebec Propane Association, said there "is a major crisis" when it comes to the province's supply of propane.

Propane trucks are still on the move, but delivery capacity is limited by the lack of trains.

"Right now we are in a critical mode," he said.

The association has activated a contingency plan, delivering primarily to those who rely on propane for heating.

Two days ago, Gouron said the situation shouldn't get as bad as it was in November during the CN labour strike because that's when farmers were relying on the gas to dry their crops.

Antonia Xenopoulos had booked a Via Rail train from Toronto to visit her family in Montreal for the weekend. With service cancelled, however, she took an overnight bus instead.

"I understand why they're doing it, but it's still hurtful to everybody who's taking the train," said Xenopoulos as she arrived in downtown Montreal Friday morning.

"Train is the best. Downtown to downtown, it's super easy, it's super relaxing. Not this time though."

Jin Jun travelled to Montreal from the United States as part of a week-long trip to Canada, and had planned to take the train to meet a friend in Toronto Friday.

He said he didn't hear about the cancellations until he arrived at Central Station this morning. He says he expected that Via Rail would have emailed him to let him know about the change.

"I don't understand because this is kind of important," he said about the cancellation.

An Exo spokesperson said it has received the go-ahead to continue operating on CN tracks, so its other commuter lines are unaffected by the protests.

A shuttle service is in place for commuters who board at station on the Candiac line on Montreal's South Shore.

Flights from Montreal to Toronto cost as much as $600 Friday.

With files from Verity Stevenson