From Westmount High to the White House, Kamala Harris is a local 'inspiration'

While the world watched the beginning of a new era for America on Wednesday, a Montreal school was cheering on one of their own as she made the historic step into her new role as vice-president of the United States.

Students and staff 'touched, emotional' as vice-president sworn in

While the world watched the beginning of a new era for America on Wednesday, a Montreal school was cheering on one of their own as she made the historic step into her new role as vice-president of the United States.

"I feel really proud of our school and what our school has accomplished because it really goes to show, if she can do it, imagine the things that we can do," said Saima Mazumder, 15, a Grade 9 student at Westmount High School.

"It really goes to show that you can genuinely do anything that you want, if you actually put your mind to it."

Vice-President Kamala Harris attended Westmount High School when she lived in Montreal from 1978-1981. 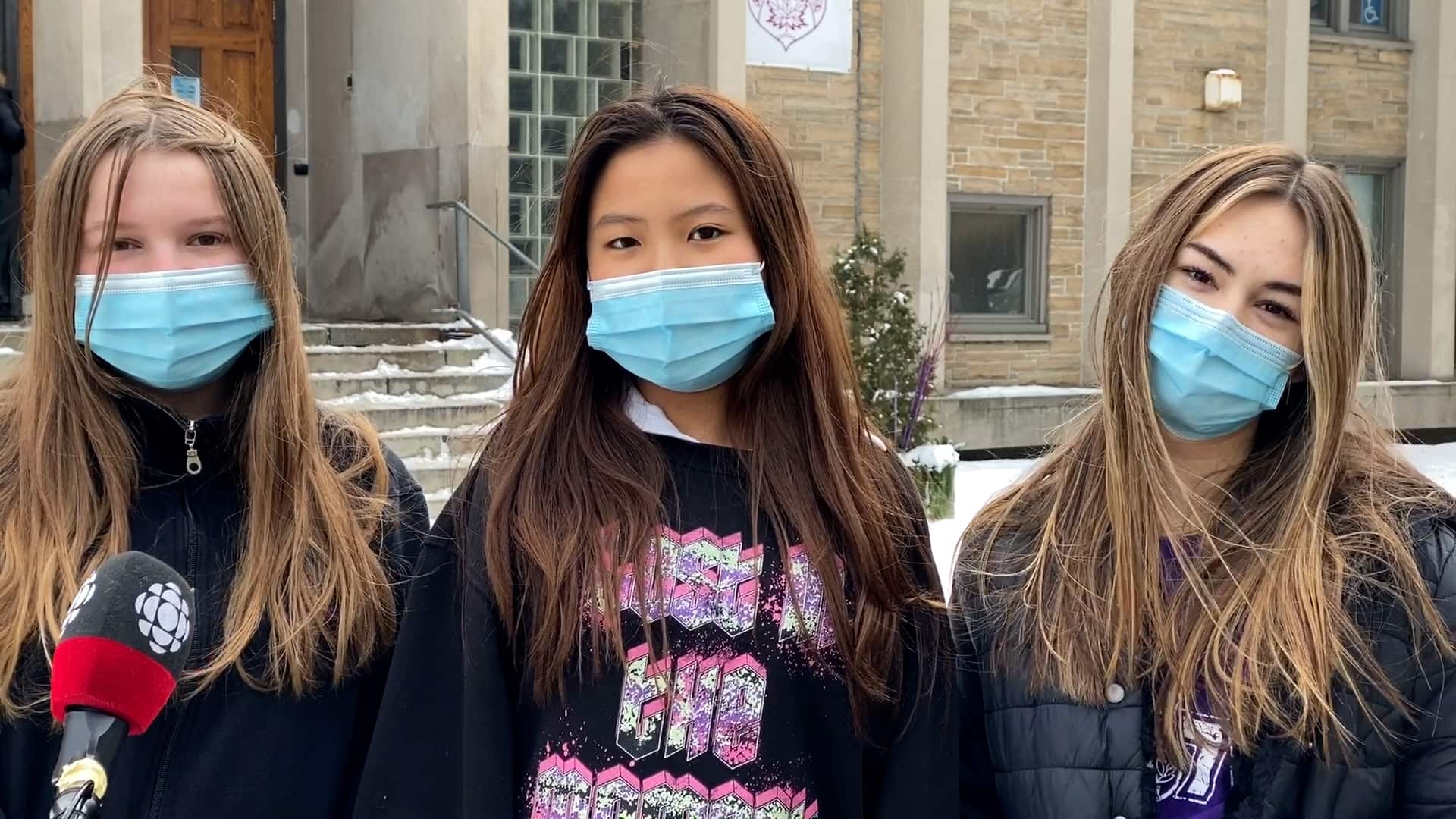 1 month ago
1:23
Students in Westmount, Qc. watched with pride as a member of the Westmount High Class of '81 became the first woman sworn in as vice-president. 1:23

"She went to our school. She was in our shoes," said Kenya Yeboah-Whye, another 15-year-old Grade 9 student at the school.

"She gives us the feeling that we can do the same thing as her, especially as women."

Some students watched the ceremony from their classrooms, while others watched online from home, as school is much different than it was back in the vice-president's day.

Harris went from roaming the west-end school's halls and dancing on its stage to shattering glass ceilings as she climbed her way up to the second-highest post in U.S. politics, becoming not only the first woman, but also the first Black person and first person of South Asian descent to be named vice-president.

"It definitely inspires me to do more things in life, and gender and colour of skin does not matter at all," said Saffa Waseem, 13, Grade 8.

"She's definitely a really great woman and I am really proud of her."

Staff also expressed pride in seeing a Westmount High alumnus get sworn in as the 49th vice-president of the United States.

Karen Allen, a school guidance counsellor, said "we were all getting, I don't know, touched, emotional."

Mandy Moreno, also a guidance counsellor at the school and an American, said the experience has been "phenomenal" because this is the first time she can say: "Madam Vice-President. That's just exciting."

Dancing on the same stage

Harris temporarily moved to Montreal with her family when she was 12 years old. She attended FACE School before moving to Westmount High, where she graduated in 1981.

English Montreal School Board Chair Joe Ortona said in an online news conference that the vice-president's accomplishment shows "really anything is possible and there really isn't any accomplishment that is beyond anyone's grasp."

"It's pretty incredible that the story really does start here," said Shapiro, noting Harris was part of the school's dance troop as well.

Though that troop has had to take a break due to the pandemic, Shapiro said "it's an incredible link that they have. It's really cool that they danced on the same stage that Kamala Harris did."

with files from Simon Nakonechny