With no way to track the problem, street workers rely on first-hand experience and say the need for local resources is immediate. 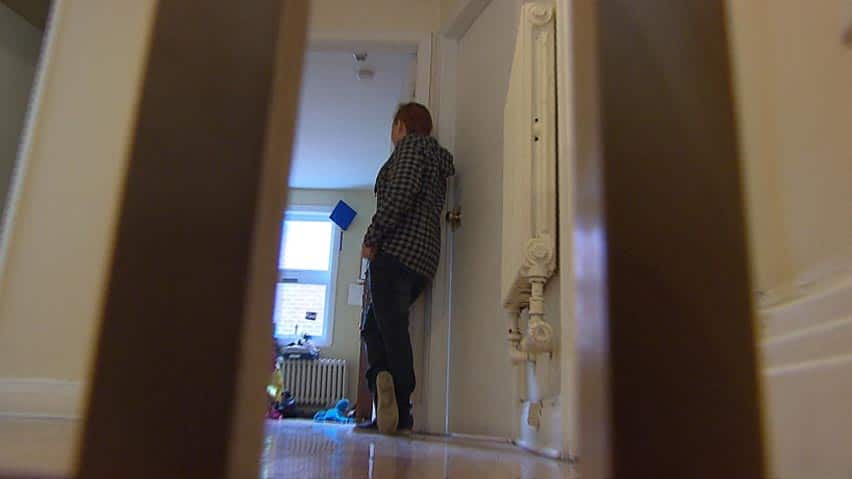 Homelessness on the West Island

But big city problems aren't absent from the communities tucked safely out of the downtown core. They're just harder to spot.

"In the West Island, it happens in hiding because there isn't a Ste-Catherine or de Maisonneuve or that Crescent Street rush that brings people [there]" said Heather Holmes of AMCAL Family Services. "But it's the same issues – drugs, gangs, violence."

Eighteen-year-old Ashley, who asked that her real name not be used, found herself homeless on the West Island three years ago after her mother remarried.

She bounced around between friends, family and the DPJ before resorting to living in her car.

"It costs a lot of money to live in the West Island." she said.

"If you're Anglophone, it's hard to find a job anywhere else so you have to kind of stay in the West Island.

"Someone in my situation [who had] no knowledge of French, you'd have nowhere to go."

Her story isn't unusual, according to those working with street-involved youth on the West Island.

The number of homeless in the area is difficult to track. There's no way to count those who are living on the streets and off the grid and there's no shelter in the West Island to take them in.

That's created a vicious cycle, experts say. No one knows how big the problem really is, so there's little force behind the push for a permanent solution.

He remembers an incident last year where one of his workers called desperately looking for a place to house a teen he found sleeping on a palette behind the Kirkland Wal-Mart.

"The guy got kicked out of the house," Langevin recalled. "He was in a crisis situation with his family and he had to leave. He had no place to stay, no place to go, so he was sleeping there."

Langevin said in the span of one year, he had 45 similar cases. And those are only the cases that came in contact with his small team.

With nowhere to go close to home, homeless youth in the West Island are forced to go downtown to find shelter and assistance.

According to street workers, that creates a whole new set of problems. They're forced to start over in an unfamiliar place that's already struggling with a significant homelessness problem.

They're placing more strain on an already stressed system and they're doing it without friends or a support system of their own to rely on.

Ashley's situation eventually forced her out of the area where she grew up. She lost her car and everything she owned in a crash that left her in the hospital for a week. With no one to turn to and nowhere to go, she tried to take her own life.

It was when she hit absolute bottom that things started to turn around. She was referred to shelter services for homeless youth in Ville St-Laurent by a social worker at the hospital.

She's finally found a community that understands the challenges she's had to overcome.

"Since I've been here, I've found a job in really not that much time and I'm getting help from the CLSC, from pretty much everywhere I need to get help from," she said.

"I would have never found those resources if I wasn't living here."