The trailer used to hold audiovisual workshops for Indigenous youth, but during the pandemic it serves a different purpose.

A large trailer sits in a parking lot behind the Mount Royal Metro station. It's bright and colourful, adding life to a parking lot that is otherwise washed out with snow and construction. Large letters are written on its side: "Wapikoni: First Nations travelling audiovisual and creation studio."

Wapikoni is a not-for-profit based in Montreal. They once used the trailer to hold audiovisual workshops for Indigenous youth, but during the pandemic it serves a different purpose. Sheri Pranteau and her team of support workers use it as a home base for the Indigenous Support Workers Project.

Watch | Learn more about the project on Our Montreal: 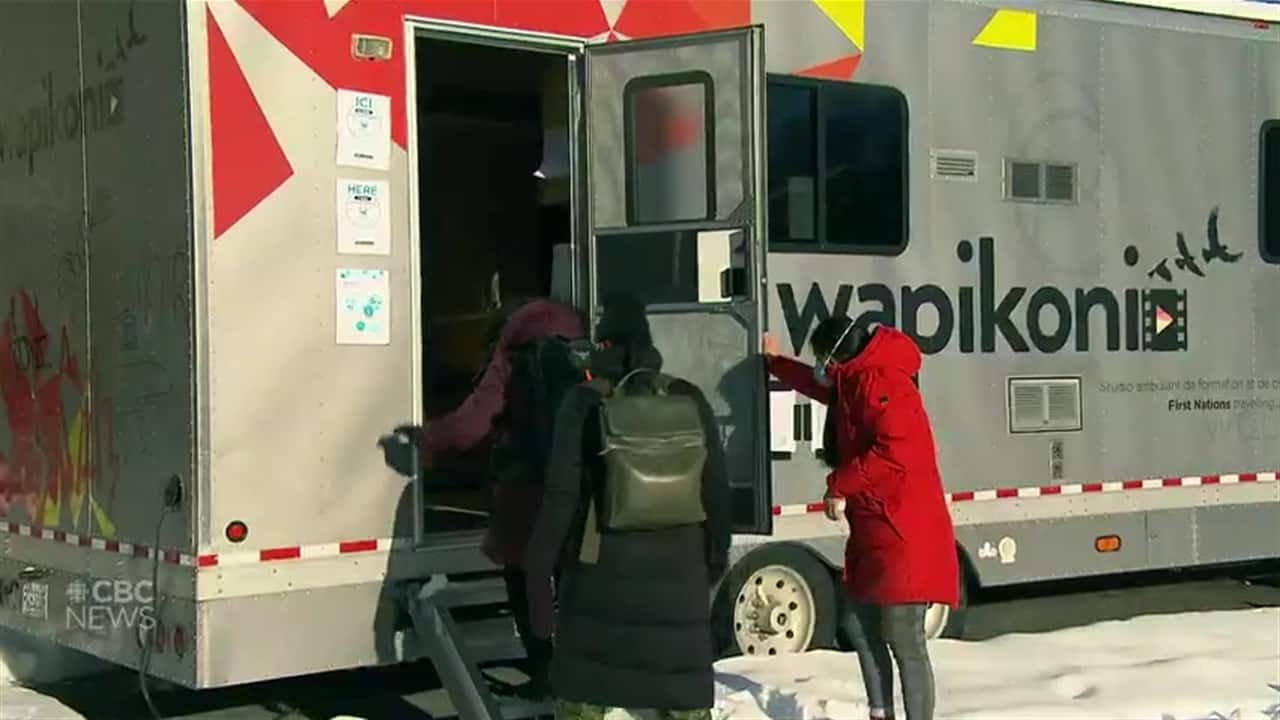 Support for homeless community from a film trailer

1 month ago
10:03
A film trailer in Montreal’s Plateau neighbourhood used to be a space to give audiovisual workshops for Indigenous youth. Now, it’s a home base for the Indigenous Support Workers Project. Sheri Pranteau joins Catherine Verdon-Diamond to talk about how it’s helping her support the Indigenous homeless community. 10:03

The project was founded in 2018 to help people who are Indigenous and homeless in Montreal. At the time, at least 12 per cent of Montreal's homeless population identified as Indigenous, according to a survey conducted by I Count MTL. Since then, the project has expanded to include three more team members.

Pranteau was the first support worker to be hired. Her job was to search the streets for people who are homeless and Indigenous, and offer her support. She would brave the cold with nothing more than her coat and what she could carry on her back. But now, Pranteau uses the Wapikoni trailer to collect donations, store equipment and serve hot beverages to people who ask for it.

Julia Dubé is a project co-ordinator at Wapikoni. She explained that, due to pandemic restrictions, the organization reduced their programming and stopped providing in-person workshops in the trailer.

"Because we weren't using our equipment for our regular activities, the trailer was just kind of sitting there," she said. "So the idea here was to offer some support in terms of equipment."

With the addition of the trailer, Pranteau says she and her team can better support people on the street.

Every day they do the rounds, walking as far as Place des Arts to meet people, provide support and listen to what they need. If ever they don't have something on hand, they head back to the trailer to get it.

But beyond the physical needs, Pranteau also explains the importance of connection.

"A lot of them just need acknowledgement," she said. "That's all it takes sometimes, to be acknowledged and to be told, 'you matter.'"

She explained that her personal background helps in this regard. She identifies as Cree Anishinaabe, and has had her own experiences that help her empathize with the people she's helping.

"I went down a lot of dark roads," she said. "And I paid dearly for those."

She credits her community and her elders for helping her get back on her feet. Now she's focused on paying it forward, helping people on the street stay connected to their culture.

"Food is one of our things that brings healing, it brings us together," she said. This is why she regularly bakes bannock and brings it with her on her outings.

"I just want to help, and see our people rise up and not continue to die and freeze to death," Pranteau said.

"I can't save everyone, but I wouldn't want to do anything else."