Video of helicopter escape from St-Jérôme jail made public

A video showing a helicopter escape of two inmates from a detention centre in St-Jérôme, Que., was unveiled today during the trial of Hells Angels sympathizer Benjamin Hudon-Barbeau.

Brazen escape of 2 inmates from Saint-Jérôme, Que., detention centre in 2013 caught on video 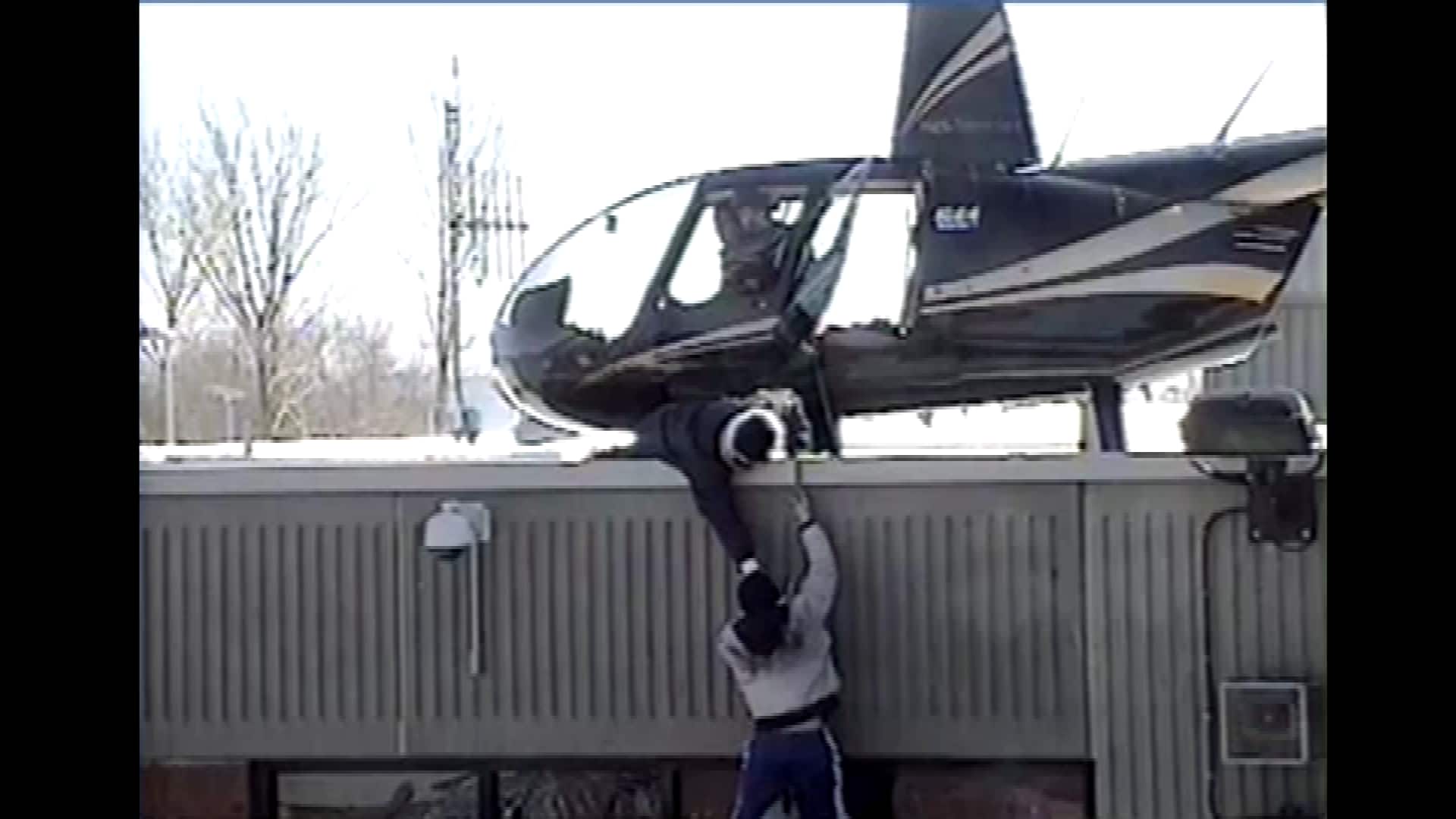 5 years ago
3:39
A video showing a helicopter escape of two inmates from a St-Jérôme, Que., jail was unveiled during a criminal trial. 3:39

A video showing a helicopter escape of two inmates in 2013 from a detention centre  in St-Jérôme, Que., was unveiled today during the trial of Hells Angels sympathizer Benjamin Hudon-Barbeau.

Hudon-Barbeau, 38, is accused of participating in a series of unrelated crimes in the province's Laurentians region in the fall of 2012 relating to a drug turf war. He pleaded not guilty to two counts of first-degree murder and three counts of attempted murder.

Hudon-Barbeau made headlines in March 2013 after he and Danny Provençal escaped from a Saint-Jérôme detention centre after two accomplices hijacked a helicopter and forced its pilot to fly to the jail.

Hudon-Barbeau and Provençal climbed up a rope into the waiting chopper.

The video shows the men climbing up the rope to get onto the roof, where a helicopter was waiting. Two accomplices, who were armed, were aboard the aircraft.

Hudon-Barbeau was serving time at the provincial jail for gun possession at the time of his escape.

It's only in the movies that you can shoot down a helicopter with a handgun.– Mathieu Lavoie, SASPQC union president

The union president of Peace Officers in Correctional Services of Quebec (SASPQC), Mathieu Lavoie, told Radio-Canada that guards were unable to interfere during the helicopter escape.

"We have to evaluate who's on board the helicopter — they were accomplices. Were they armed? We cannot  intervene with inmates climbing a rope," he said. "It's only in the movies that you can shoot down a helicopter with a handgun."

Lavoie said that since the incident in March 2013, nothing has changed and no new security measures have been put in place.

In order to prevent a similar incident, the union is calling for heightened searches, specifically those that would detect cellphones.

Hudon-Barbeau and Provençal co-ordinated their escape from the St-Jérôme facility using a mobile device.

A similar incident happened in November 2014, when three inmates also escaped via helicopter from a detention centre near Quebec City.