Vaping isn't supposed to be marketed to youth. So why do I see 'ads' for it everywhere?

A CEGEP student describes how marketers are finding ways to reach students through social media algorithms. 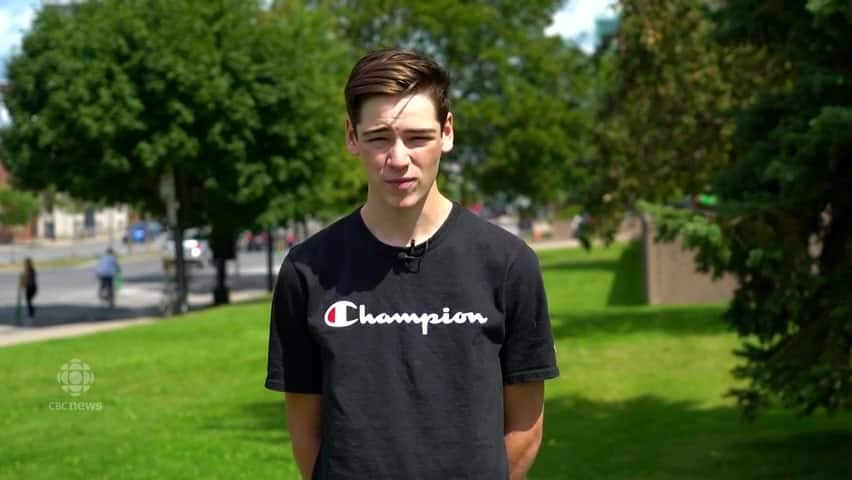 Point of view: The problem with e-cigarettes and social media

As a second-year college student in Montreal, I have seen, first-hand, my fair share of nicotine addicts. Everybody I know and come across seems to have been overpowered by the highly addictive substance, despite the efforts of the government to keep nicotine out of the hands of young people. A study done by the New England Journal of Medicine shows that in 2018, about 21 per cent of Grade 12 students in the U.S. vape, up 10 per cent from 2017.

Today's teenagers have been swept into a realm of non-stop social media madness. Each morning we wake up, check our phones, and are immediately affected by what we see, swarmed by eye-catching titles, chosen specifically for us by marketing algorithms. In early 2015, one of the largest messaging apps on the market, Snapchat, introduced a new interactive feature they called "Discover."

This feature allows users to see hundreds of articles and quick news alerts all in one place, most of which are paired with click-bait titles and enticing cover photos. Third-party publishers began posting articles about vaping and Juuls, a brand of e-cigarette, on their accounts, and these articles made their way onto teenagers' Discover pages. Now doesn't that just sound like the perfect recipe for disaster?

The main ingredient used in vape juice, the fluid used in vaporizers to create the vapour, is of course, nicotine, the same addictive substance found in cigarettes, cigars and chewing tobacco. Addiction can be very overwhelming. Now, take the nicotine and pair it with our increasing reliance on social media. How can we expect to see a decline in the number of teens with vape addictions if we continue to oversaturate their social media with vaping articles everyday? It's like asking a smoker to quit cigarettes and then showing them a pack everyday when they wake up; it just doesn't make sense.

According to Health Canada, the top reason young people take up vaping is seeing their friends do it, but social influences are also a factor. Earlier this year, the federal government announced it wants to limit the visibility of ads about vaping aimed at young people, part of new measures intended to order to curb the rise of vaping. The promotion of vaping products across all media channels, including websites and social media, is already restricted. So then how can the government allow social media platforms to republish articles for hundreds of thousands of teens to see?

Personally, it wasn't the cool flavouring that brought me to vaping, nor was it the modern, chic ads — it was the over-saturation of anti vape and teen vape articles that flood the internet. The constant Snapchat news article depicting one taking a hull from a nicotine delivery device made me very curious. Vape companies like Juul are simply gaining free advertisement for their product by having articles depicting their device plastered on teenagers' phones worldwide.

I have no doubt in my mind that if these articles ceased to exist, there would be a significant decline in the number of youth choosing to vape, and that's the direction I'd like to see our society go in. And even if we can't stop websites from publishing those articles, we could at least work on not making them readily available to any teen with a cell phone.

Tyler Barone is an 18-year-old CEGEP student living in Montreal. He gained a passion for writing through living abroad for more than two years and travelling Europe. His main topics of interest are politics, music, entertainment and culture.