Statues and religious symbols were smashed at two Buddhist temples and one cultural centre. The lion statues at the entrances to Chinatown were also vandalised with paint.

A wave of vandalism has hit several sites frequented by Montreal's Asian communities, prompting police to treat the incidents as potential hate crimes.

Statues and religious symbols were smashed recently at two Buddhist temples and one cultural centre. The lion statues at the entrances to Chinatown were also vandalised with paint.

"Since these acts targeted religious symbols, they will be treated as hate crimes," a Montreal police spokesperson said in an email to Radio-Canada. "The investigation will uncover the motive behind these acts."

Some in the community say they feel threatened.

Louis Le, a 24-year-old army reservist and volunteer at the Chua Quan Am temple in Côte-des-Neiges, posted on Facebook about the incidents. The post went viral.

"The Asian community in Montreal is currently being targeted with hate crimes as we speak," he wrote. "We can't just let 'em get away with it."

A pattern of vandalism

When Anh Kiet le Van found sculptures and religious symbols at his Buddhist temple smashed in early February, he first thought it was the work of an angry neighbour.

The Chua Quan Am temple, where Kiet works as a custodian, has been undergoing construction. He wondered if someone had been bothered by the noise.

But then the temple was vandalized again on the night of Feb. 22. Surveillance footage shows someone with a weapon resembling a sledgehammer repeatedly striking the statues, and then walking away. 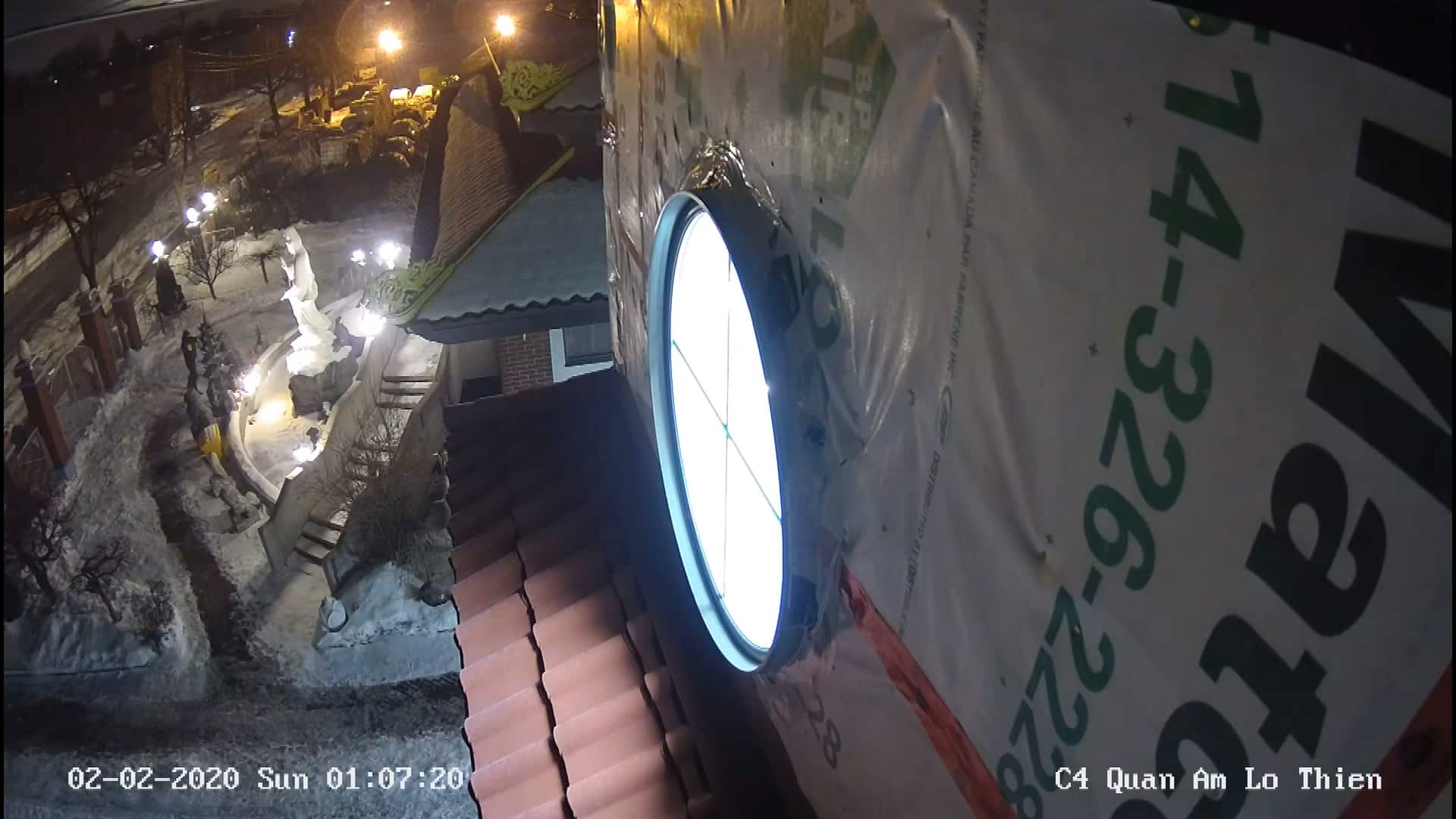 Act of vandalism at Chua Quan Am temple

12 months ago
0:48
Montreal police are investigating after someone (bottom-left corner) smashed statues at the Chua Quan Am temple in the city's Côte-des-Neiges neighbourhood. 0:48

Kiet also heard about similar incidents at other Buddhist temples in the city, and now no longer believes the attacks on his temple were isolated.

On the other end of the city, at the Thuyen Ton Buddhist Association in Rosemont–La Petite-Patrie, Buddhist nun Tran Dinh said she found several of the organization's statues partially destroyed last Friday.

Less than two kilometres away, the lion statues outside the Huyen Khong Buddhist Socio-Cultural Centre were also damaged recently.

"Why did these people attack our statues?" Dinh asked.

Tensions toward the Asian community

Le believes the spread of the novel coronavirus, and misinformation about the health crisis, has led people to lash out at the Asian community.

He said it's frustrating that "these things happen in 2020 … for completely stupid reasons."

After the statues at his temple were smashed the first time, Le volunteered to help repair them, only for the vandals to strike again.

"Seeing my work being destroyed by a faceless coward enrages me to no end," he wrote in his Facebook post.

Kiet and Le both said they hope the police will take the case seriously, especially since the temples affected are often crowded on weekends.

With files from Radio-Canada's Jérôme Labbé