All Montreal decisions need to be viewed through lens of climate change, says Valérie Plante

As Montrealers enter a new decade, the city's mayor says it's crucial we reduce waste and carbon emissions, as well as plan for extreme weather events such as the springtime flooding witnessed in two of the last three years.

As Montrealers enter a new decade, Mayor Valérie Plante says it's crucial that all municipal decisions take into account how our climate is changing.

"Everything about the city now has to [be seen through] this lens — what about climate change?" Plante said Friday on CBC Montreal's Daybreak.

She said that means reducing waste and carbon emissions, as well as planning for extreme weather events such as the major springtime flooding seen in parts of Montreal in two of the last three years.

"Everytime we turn on the TV we see what's happening elsewhere in the world related to climate change," she said.

Plante says this is reflected in her focus on mobility issues as vehicle emissions are a major contributor to Quebec's carbon footprint, due in part to Quebecers' appetite for trucks and SUVs.

"This is where we can have the biggest impact," she said. "Most people use their car because there's no other option."

With a growing number of people commuting from outside the Montreal Metropolitan Community or commuting from one suburb to another, she says she's frustrated over her lack of jurisdiction over transportation planning beyond Montreal.

Royalmount 'should not be happening'

One major project that she says does not fit her green vision of development is Royalmount — a $1.7-billion shopping and entertainment complex that critics say will aggravate traffic congestion in the area.

"I'm very disappointed.… This is not a development that should be happening right now in Montreal," Plante said.

"I feel that it's totally disconnected from everything that we're talking about: traffic jams, environment, about density, about shopping malls."

While the project is being built in the Town of Mount Royal, its impact will spill over into the surrounding city, she said.

The antidote to such projects is working with developers from the beginning to shape what kind of space will be created, she said. Such large projects should not be approved without receiving elements that will benefit "the whole population."

"We've been building condos and houses without thinking about a place for parks, for schools," she said. "It doesn't make any sense."

"How can we ask people and families to stay in Montreal if there's no infrastructure for them?"

Watch Plante talk about her vision for major development projects in Montreal: 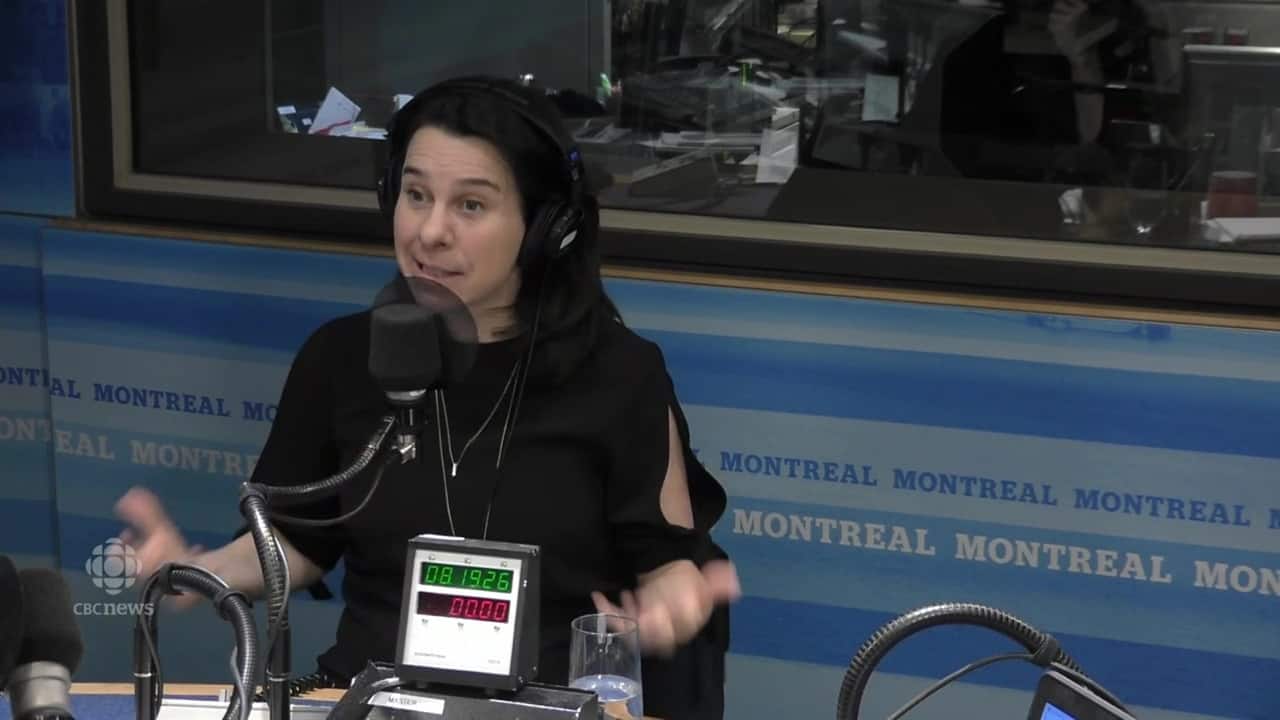 Plante says developers must provide benefits to 'the whole population'

She pointed to the development being planned for the site of the former Blue Bonnets racetrack as the "anti-Royalmount," as it will have space for public use, including a large park.

"It shows that if you sit down with developers and you have a very clear and honest conversation saying, how about we envision the future of the city together, it actually works."

Plante also applauded the Quebec government's intention to create a deposit system for plastic water bottles and glass wine bottles, to reduce the amount of recyclable material that ends up in the trash.

Recyc-Québec says provincewide, more than two thirds of glass collected for recycling ends up in landfills due to breakage while the bottles are in the recycling stream, taken from blue bins to Quebec's sole glass processing plant.

"The sooner the better, but I understand why they're taking that time," she said.

"I know that it's important to have a good process so that it actually works."

Rethinking how Quebecers treat waste — from production to changing habits to increasing composting and improving recycling — is all part of the city's goal of cutting by half the amount of organic waste going into Montreal landfills by 2025.

Listen to the full interview here.

Based on a segment on CBC Montreal's Daybreak