While Quebec's vaccination campaign was slowed by shipment delays, health officials continued preparations to inoculate on a massive scale in and around Montreal.

Up to 2,000 people per day could be vaccinated at Palais des congrès de Montréal 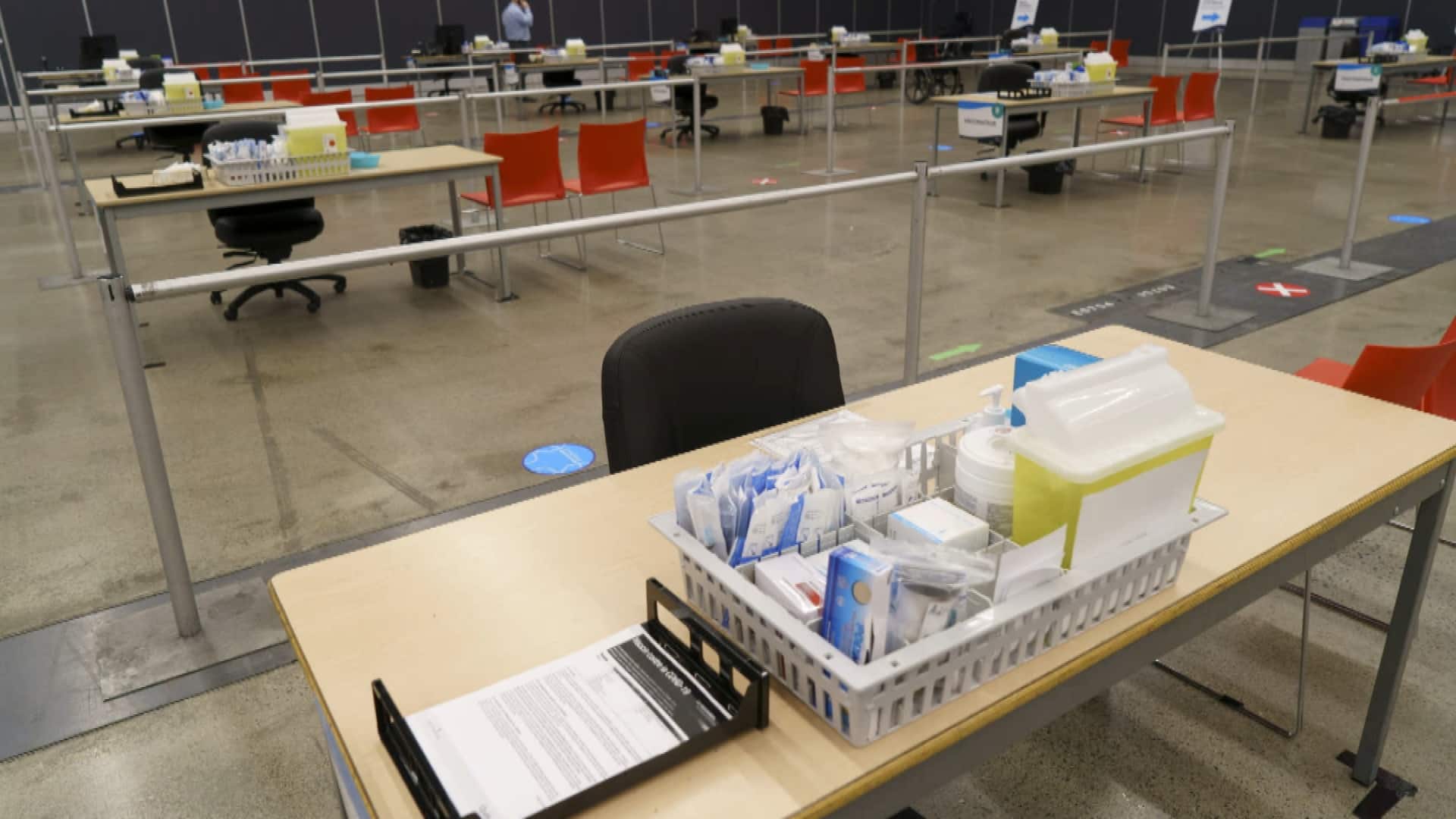 Montreal ready to vaccinate up to 2,000 people per day

23 days agoVideo
1:43
Montreal has a new state-of-the-art facility to vaccinate up to 2,000 people per day. The only thing missing is the actual vaccine, but that's expected to arrive soon. 1:43

Quebec's vaccination campaign may be slowed by shipment delays, but health officials are still getting ready to administer inoculations on a massive scale in and around Montreal.

At the Palais des congrès de Montréal, in the heart of downtown, the local health agency is putting the finishing touches on the city's largest vaccination site.

Touted as a state-of-the-art facility, the site was set up in two weeks. It features specialized freezers to store the vaccine vials, and large stocks of medical equipment to keep the operation moving smoothly.

Visitors, arriving by appointment, will be greeted at a kiosk for paperless registration. Then they will be asked a series of questions.

"She will ask you a different set of questions, just to make sure you consent to the vaccine, and that you don't have any health conditions that prevent you from getting vaccinated," said Dr. Louis-Xavier D'Aoust, a medical co-ordinator with the CIUSSS du Centre-Sud-de-l'Île-de-Montréal.

After that, the shot is administered. But that process can only begin once the vaccines arrive on site. Staff are expecting a shipment this week, which will be used for healthcare workers.

As soon as the public health minister waves the green flag, "we're going to start vaccinating the population according to the different priorities that have been established," said D'Aoust.

While there will surely be plenty of action at the vaccination stations, there will also be plenty going on behind the scenes, where the Moderna and Pfizer vaccines will be stored in fridges and freezers.

Those freezers and fridges are under constant video surveillance, with guards on site around the clock.

There's a backup generator just in case of a power outage, and freezer temperatures can be controlled remotely.

It is one of several sites being set up in the greater Montreal region. For example, there will be at least three vaccination sites in Laval.

The province has its venues. But at this point, the speed at which vaccines are administered will be largely dependant on the rate of vaccine shipments sent to Quebec in the weeks and months to come.