Thousands of students in Quebec returned to school on Thursday — including kids in Montreal, who were back to class for the first time since the pandemic shut down schools last winter.

Temperature checks, masks and distancing among measures taken as students return to class

Thousands of students in Quebec returned to school on Thursday — including kids in Montreal, who were back to class for the first time since the pandemic shut down schools last winter.

Some students were greeted with temperature checks at the entrance, while sanitizer dispensers lined the hallways and desks. Stickers and signs on the floors and walls helped ensure they kept their physical distance.

Isabelle Grenier, principal at Philippe-Labarre elementary school, which is part of the French school network in Montreal, said her staff feels prepared for the school year, despite the added challenges brought on by the pandemic.

"We can't wait. We've really prepared for this. We can't wait to see the students," she said.

"This is something we've never seen before. But there are solutions, there are thousands of them."

In the days and weeks leading up to the return to school, many teachers, parents and health-care workers have expressed concern about the government's plan.

Hundreds of teachers around the province indicated in a CBC Montreal questionnaire they felt anxious about the start of school, and are worried not enough is being done to keep them safe.

A group of health-care professionals, including doctors and medical school professors, circulated an open letter last weekend asking the Quebec government to implement tougher measures against COVID-19 in schools.

But on Thursday, Karina Gendron, a mother of two students at Philippe-Labarre, said she was looking forward to having her children back in the classroom.

"We did a bit of Zoom at the beginning of COVID but obviously it's time for them to go back," said Gendron.

Students confront new rules as they return to class

Quebec is the first province to welcome students back amid the pandemic, with most schools across the country set to reopen next week.

Both on their way to school, and in the classroom, students will have to adhere to a raft of new public health measures.

Education Minister Jean-François Roberge said Thursday it was "crucial" these rules be followed closely in order to limit the risk of outbreaks at school.

That will mean fewer extra-curricular activities for students. Roberge said only those activities that keep the class bubbles intact will be permitted.

"I've visited a lot of schools in the last week," Roberge said. "What I'm told is that [the plan] isn't perfect yet, because it's new and we're adapting."

Watch: We offer tips on heading back to school 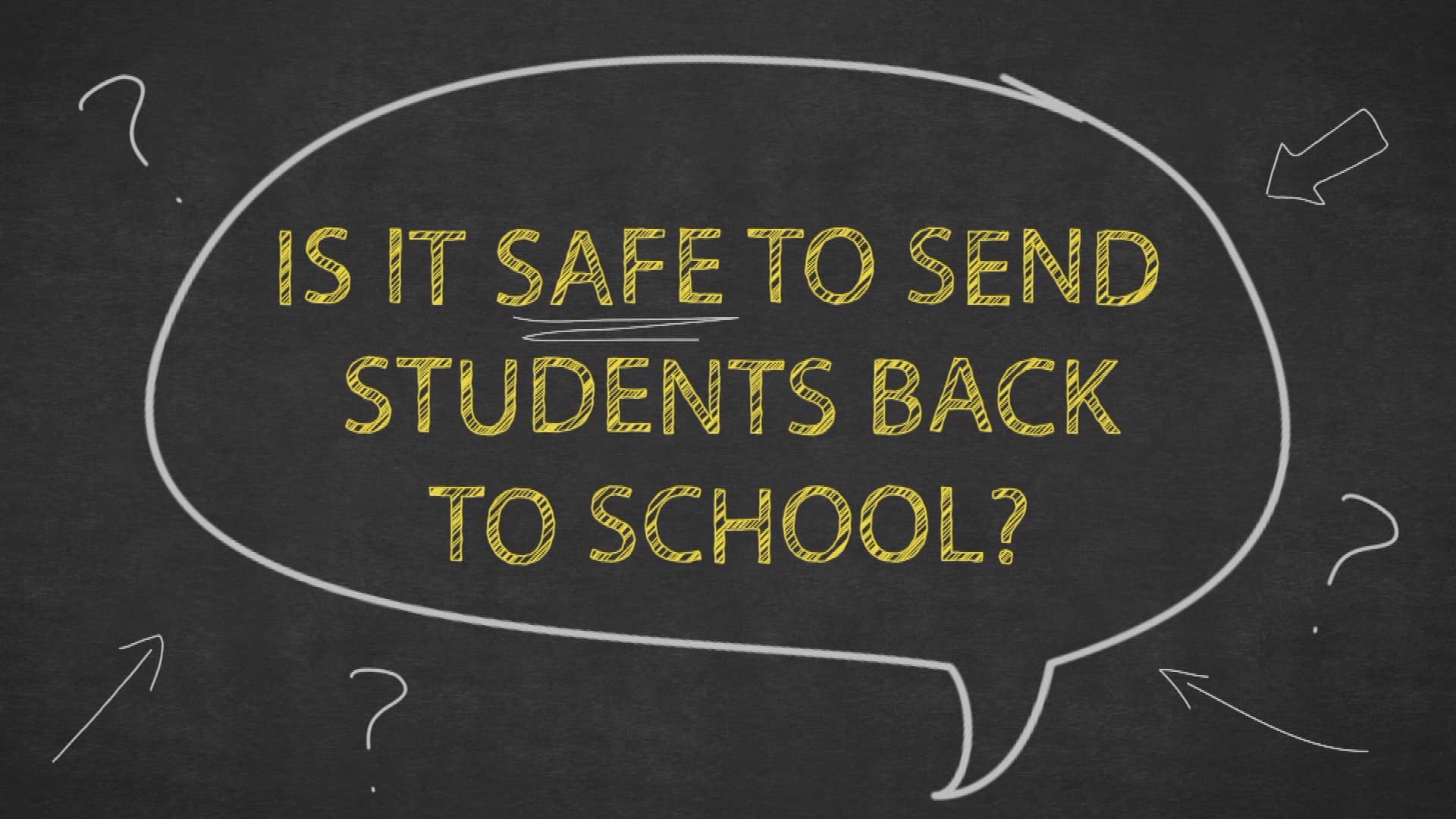 Is it safe to go back to school?

2 months ago
1:10
A lot of questions are coming up in this hectic back-to-school season. A fundamental one: is it safe to return? CBC's Sean Henry looked into the government's response and plan. 1:10

Schools are already having to test their protocols for dealing with potential COVID-19 outbreaks.

Collège Français, a high school on Montreal's south shore, sent home an entire class after learning the father of one student had tested positive for the virus.

The school's principal, Chantal Dubé, said she was frustrated that public health authorities took several hours to return a call asking for guidance about what to do.

In the end, she was told the situation required that only the child of the infected parent be sent home.

"You have to understand that we're only on Day One and that some people haven't yet fully grasped the plan," Premier François Legault said when asked about incident Thursday afternoon.

The Centre de services scolaire de la Pointe-de-l'Île said none of the infected staff members had been in contact with students, and that steps were taken to isolate and protect other staff members.

With uncertainty remaining around the risk of reopening schools, the provincial government has promised to streamline the education system's access to testing resources.

The government also released a new self-assessment tool on its website Thursday, in part to help parents evaluate their children for symptoms.

The return to school is mandatory for all students, unless they have a doctor's note proving they have a medical condition that makes them more vulnerable to developing complications from COVID-19.

At Philippe-Labarre elementary school, only three of the school's 350 students were issued medical exemptions, according to the principal.

Grenier said students at the school will remain in their classrooms for most of the day, in an effort to limit exposure.

'I'm excited to see my students'

Elementary school students outside Montreal were allowed to return to school starting in May.

Because of that, staff at l'École spécialisée de l'Envol in Quebec City already had some experience dealing with pandemic safety measures.

But, with the school offering courses to both elementary and high school students and with new regulations announced by the government just last month, teachers had some adjustments to make.

"I've been a teacher for 14 years but it feels like this is my first time," said Marianne Bélanger, who teaches Grades 7 and 8 at the school.

With files from Kate McKenna and Jonathan Montpetit