Quebec astrophysicist Olivier Daigle was thrilled when the company he co-founded, Nüvü Cameras, got a called from NASA. A few weeks ago, Nüvü delivered it first prototype.

For six years, Montreal startup Nüvü Cameras has been working on technology that can capture images with next to no light.

After their work caught the attention of NASA, a partnership was formed that will see their camera aboard the Nancy Grace Roman Space Telescope, when it launches in 2025.

The camera will play an integral role in NASA's future space observatory's search for planets outside our solar system that can sustain life.

"It's the Holy Grail of science to figure out if we're alone in the universe," said Olivier Daigle, astrophysicist and co-founder of Nüvü.

"It's so exciting to be a part of this big team working on this greater objective."

Daigle, who is originally from Lévis, Que., studied in Montreal, first at École de technologie supérieure and then at Université de Montréal.

As the chief technology officer of Nüvü, Daigle told CBC's Breakaway that the camera is able to work with very little light — just a few photons, in fact.

"It's impossible to grasp how little light this represents," he said.

The camera will be used to detect exoplanets that previously were found only when they passed in front of a star, briefly blocking out the light with an eclipse.

"The planet is so dim there's almost no light that comes from it that we can detect," said Daigle.

On the resulting images, the resolution won't be very high. Technology has not yet advanced to the point where scientists will be able to see detail on an exoplanet.

"It will be just a few pixels that will be illuminated by the planet," he said. "The next breakthrough would probably get us there."

Daigle said the camera was developed with help from the Canadian Space Agency, but everyone was excited when NASA came calling.

"That was pretty exciting and stunning," he said. "That was the beginning of a very great adventure."

The first prototype is complete, Daigle said there is a lot of work still to be done before the launch in 2025. 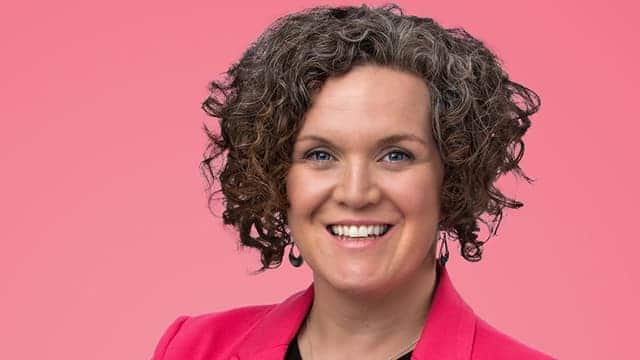 Breakaway12:32A Quebec camera in space
NASA's next big push in its search for signs of extra-terrestrial life will rely on new camera technology developped right here in Quebec. The Nancy Grace Roman Space Telescope -- NASA's future space observatory -- will soon be hunting for earth-like exoplanets and, to help them capture images of those planets, the telescope will be launched with cameras developped by Nüvü caméras -- a startup based in Montreal. Breakaway guest host Peter Tardif talks with its co-founders Olivier Daigle. 12:32

With files from CBC's Breakaway