Catherine Moreau was watching a movie on her iPad on a flight to Montreal when she felt what she thought was a wire brushing against her. When she looked down she saw a giant, furry tarantula climbing up her leg.

Catherine Moreau was watching a movie on her iPad on a flight to Montreal when she felt what she thought was a wire brushing against her.

"I brushed [it] away and it started tickling me again. That's when I noticed the tarantula," Moreau told CBC News.

Now Moreau is asking Air Transat for a partial refund over her encounter with the spider.

6 years ago
Duration 1:57
Catherine Moreau was watching a movie on her iPad on a flight to Montreal when she felt what she thought was a wire brushing against her. When she looked down she saw a giant, furry tarantula climbing up her leg.

The tarantula that climbed her leg was one of two on a Montreal-bound Air Transat flight from Punta Cana, Dominican Republic, on April 18, the airline and the union representing its flight attendants have confirmed.

Passengers screamed and stood on their seats after learning they shared the cabin with the eight-legged critters.

"They gave first aid to the person who said that a spider climbed [her] legs," she said. Flight attendants also asked passengers to put on their shoes and cover their ankles.

Calls for a refund

Moreau wants the four flight tickets for her family partially reimbursed by Air Transat. The incident left her scratched and her 11-year-old daughter suffering from shock, she said. 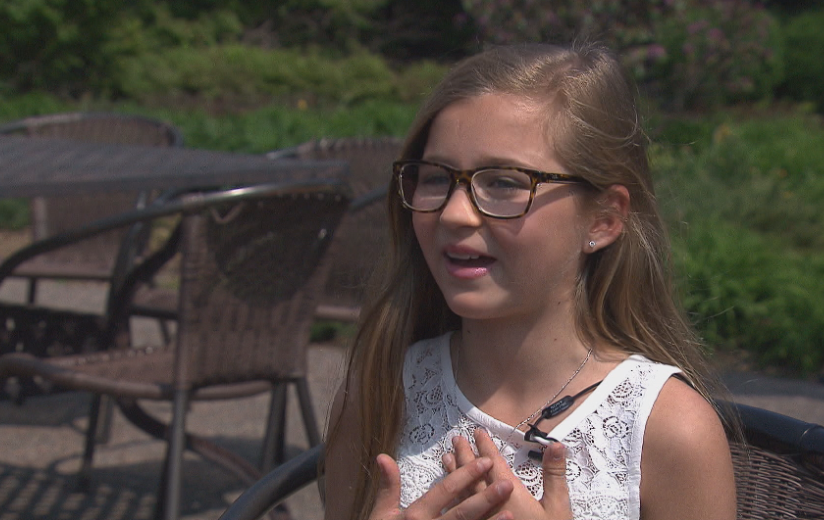 Catherine Moreau's daughter said she "couldn't breathe" from all the screaming and crying she did after seeing the tarantula in front of her.

6 years ago
Duration 0:15
Two tarantulas were lose on an Air Transat flight in April. One woman is asking the airline to refund her family's tickets after their run in with one of them.

According to Moreau, after she brushed the spider off her leg, it hid under her daughter's luggage. Her husband came and grabbed it and asked for a bag from the cabin crew to hold the spider.

"It took a long time from when we screamed to get a bag to put it in," Moreau said.

That delay was only the beginning of her grievances with Air Transat.

Her daughter has been suffering from nightmares. In addition, Moreau was promised a report from Air Transat so she could identify the spider in case the scratches led to health issues. She never got the report.

She said she sent the airline a registered letter about her complaint, which they signed for a week ago, but still hasn't heard back.

She also claims she was stopped from taking a photograph of the spider that would have helped her identify the species.

While the tarantula that crawled up her leg remained in custody, the other spider continued to roam the plane before being recovered by a federal agent once the plane landed at Montreal's Trudeau Airport.

Étienne Normandin, an entomologist at the University of Montreal, said the tarantulas were likely a species called Phormictopus cancerides, which "is very common in the Dominican Republic and Haiti, and easy to catch."

He added that the spider is "aggressive, but the venom is not strong."

May have been in luggage

Normandin said it may have been hidden in a passenger's luggage for resale.

"The market for live tarantulas is very lucrative," he said, adding that Phormictopus cancerides is a species that is often sold.

For its part, Air Transat acknowledged passengers were surprised, but said they "reacted calmly."

"Our cabin crew are trained to ensure the safety of our passengers at all times," spokeswoman Debbie Cabana said in an email.

"In the case at hand, which is an unusual and isolated event, our staff reacted promptly and efficiently."

The union, however, says there were no procedures in place to handle spiders.

Roberts said several recommendations have been made following the incident, and if something similar happens in the future, they will have a "clear procedure."