The community of the Ste-Madeleine D'Outremont church has recruited the grandson of artist Guido Nincheri to participate in fundraising campaign to restore its stained glass windows.

A fundraising campaign has raised $200,000 for church repairs so far

An Outremont church is trying to raise more than $500,000 to restore its 1930s-era stained glass windows, which may be in jeopardy if repairs are not carried out as soon as possible. Water damage to the church's roof has caused the metal of the windows to break down with time.

The Ste-Madeleine D'Outremont church has several dozen stained glass windows created by Italian artist Guido Nincheri, who worked in Montreal and was hailed by Pope Pius XI as one of the greatest artists of his time.

In their efforts to raise money for the church, the administrators of Ste-Madeleine D'Outremont have recruited Guido Nincheri's grandson, Roger Nincheri. He has dedicated his retirement to studying and preserving his grandfather's work.

"For me, this has brought me back to [my] roots, and back to Italy again," Roger Nicheri said.

"The thing is, what I get from this is not the money, but making the public aware of the artistic value of this man."

Summers spent sweeping floors at Guido Nincheri's atelier in the family summer home give Roger Nincheri a unique insight into his grandfather's work.

"One of the windows in the church is my uncle George. He posed for [the portrait of an angel] and at my own studio at home, I actually have the black and white photograph of him posing for it," said Roger Nincheri.

The Ste-Madeleine D'Outremont parish has collected $200,000 so far in a church-wide campaign to complete repairs on the roof, before moving onto the windows. Church warden Odile Marcotte says the campaign has brought the close-knit community even closer together.

"My mother was raised in this parish, and was married here in 1950," said Marcotte.

"I'm not an expert in material things, but I felt I had to help the parish. And I've developed relationships with other church members of the community."

The church has set up a Facebook page for its fundraising campaign and is accepting donations online. The community is also holding a benefit concert for the church this June, with the choir from the ﻿Ste-Justine Hospital. 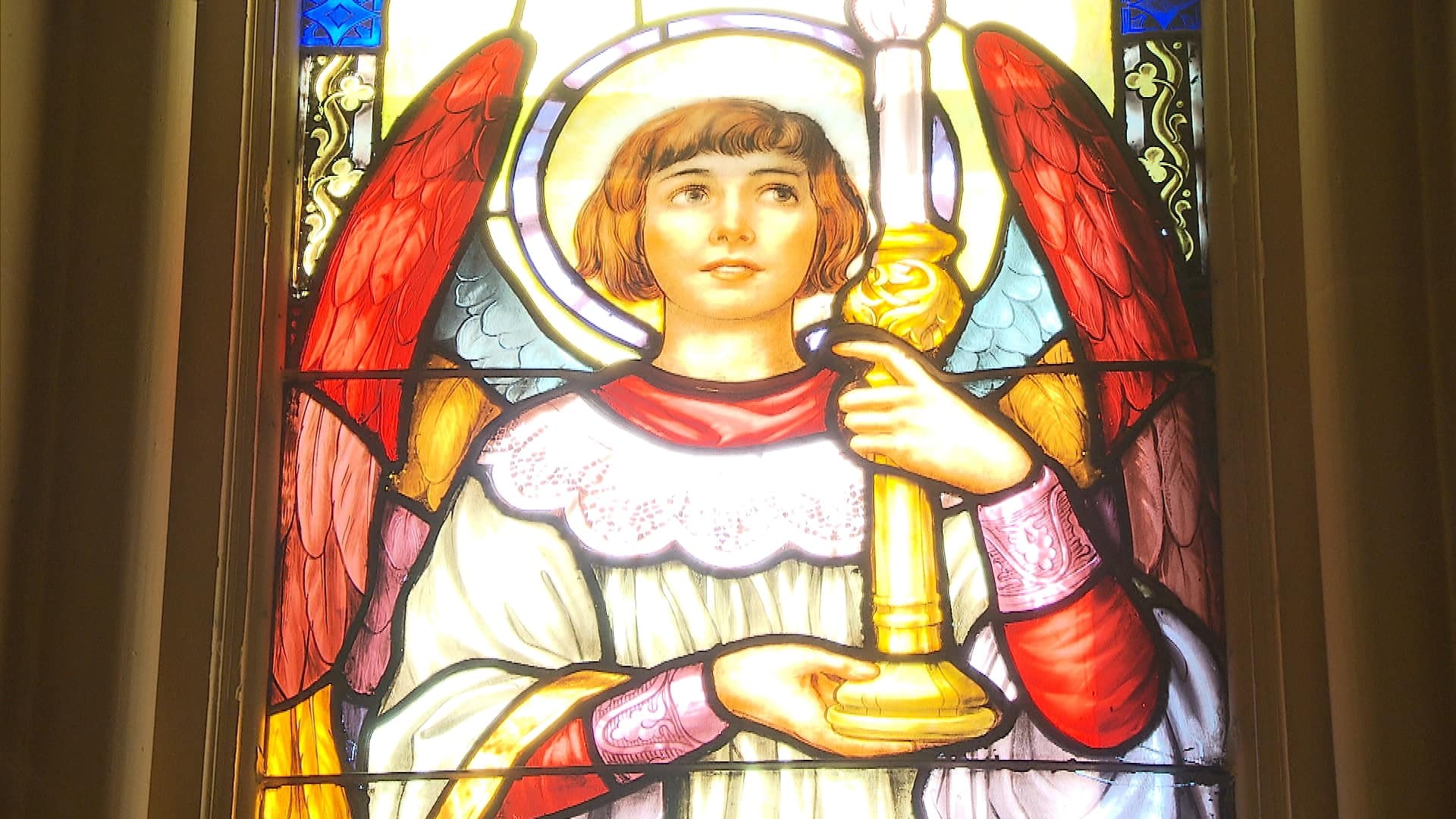 6 years ago
2:13
An Outremont church is trying to raise more than $500,000 to restore its 1930s-era stained glass windows, which may be in jeopardy if repairs are not carried out as soon as possible. 2:13

A common problem in Montreal

"He was more of a painter than a stained glass artist," said Lepage.

"So he wanted to create his artistic vision without too many black lines, and using large pieces of glass. That compromises the structure."