Montreal's chief of police has suspended a high-ranking police officer accused of fraud and breach of trust. The suspension is effective immediately, until an investigation is complete.

Montreal's chief of police has suspended a high-ranking police officer accused of fraud and breach of trust.

The officer's suspension is effective immediately and will be in place until an investigation is complete, Chief Philippe Pichet said in a statement tweeted from the force's Twitter account Friday morning. Pichet didn't give the name of the officer.

However, earlier Friday, Pichet confirmed provincial police are looking into allegations involving issues with overtime hours and bonuses received by his right-hand man, Imad Sawaya, in 2015.

Pichet said those issues have already been verified and there were no anomalies. But someone tipped off a mixed police squad, headed by the Sûreté du Québec and set up by Public Security Minister Martin Coiteux to investigate the force's internal affairs, to potential problems.

Sawaya has not been arrested and the Montreal police are collaborating with the SQ in the investigation, Pichet said.

When asked about the raid, Montreal Mayor Denis Coderre said that if laws are broken, there are consequences. But he reiterated that the accusations have not been proven and there's a process that must be respected.

"I'm the mayor of Montreal, I'm not in charge of police operations, so we'll let the process go and we'll see what happens," he said. 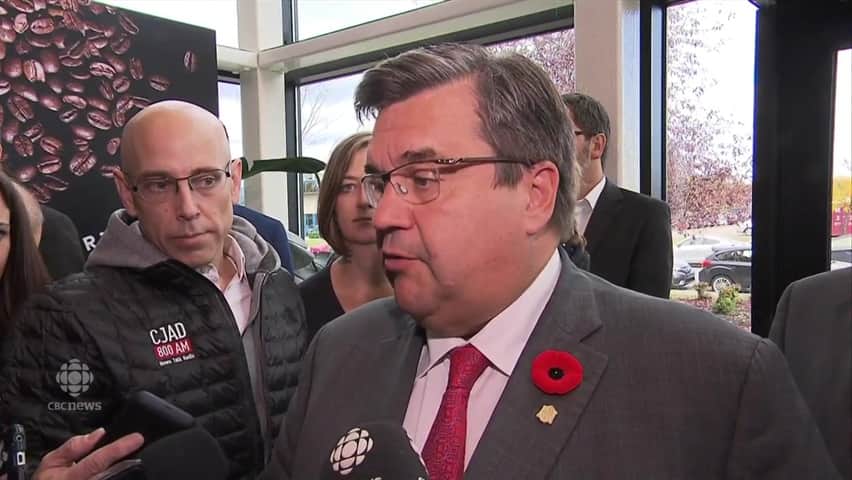 3 years agoVideo
0:49
Montreal Mayor Denis Coderre urged the media to let the legal process run its course Friday after a Thursday night raid by the SQ on Montreal police headquarters. 0:49

"At the end of the day, Mr. Pichet showed his openness, and I trust not only the institution but the director himself."

Members of the SQ's team raided the downtown headquarters of the Service de police de la Ville de Montréal (SPVM) Thursday in connection with the probe.

The SQ's deputy chief informed Pichet around 4 p.m. ET Thursday that search warrants would be executed at different buildings belonging to the City of Montreal in connection with the probe.

Members of the SQ's team arrived at SPVM headquarters around 6 p.m. Pichet said he was still at his office at the time.

They were looking for a specific file, he said. Pichet also said the investigation has no impact on the day-to-day service the force provides Montrealers.

"I know it's big, seeing the headquarters of the SPVM being searched, but ... [investigators] are doing their job, they're going to look at all the information and it's important to make sure we're [shedding] light on the file," he said.

Pichet said to his knowledge, this is the first time the SPVM's headquarters have been searched.

Pichet spent the night meeting with other high-ranking officers and said he has to inform the people concerned before speaking further about the case.

The SQ team searched the third and seventh floors, where the operational planning division and human resources are located, Pichet said.

The fourth floor is where internal affairs was located until last winter. Meanwhile, the ninth floor is for the top brass.

The SQ also conducted searches at a local police station, a municipal building, and the Montreal police's archives. No private homes were searched, he said.

The raids come as Montreal police attempt to improve transparency in the wake of scandals involving its internal affairs division.

Retired Montreal police officer ​Guy Ryan said the investigation may not be about the money.

"It might be about a few hundred dollars, but it's the principle," he said, adding that his rank in the police service would send a message to other officers.

When asked if the investigation would jeopardize Pichet's standing as chief, Ryan said "it doesn't help." He also said  these are things that a police chief doesn't want to have to handle.

With files from Lauren McCallum and Radio-Canada