The snowmobilers, French tourists travelling with a guide, were driving across the snow-covered channel when the ice gave way beneath them.

Quebec provincial police scaled back intensity of search after nightfall

One man is dead and five others are still missing after a tour group's snowmobiles went through the ice along Quebec's Lac Saint-Jean Tuesday night.

Quebec provincial police launched a widespread search Wednesday, but were unable to locate the missing people before nightfall.

Two of their snowmobiles were found underwater, but have not yet been brought to the surface.

After dark, police said they will continue to monitor the area, but scale back the intensity of the search and divers will return to the water in the morning.

During the search Wednesday afternoon, a provincial police pilot was injured when their helicopter crashed into the water. The injuries were not life-threatening and no one else was aboard, police said.

The Transportation Safety Board of Canada says it is deploying a team of investigators to probe the crash.

The deceased snowmobiler was identified as Benoît Lespérance, a 42-year-old Montreal man, who was serving as a guide to a group of eight tourists from France. He died several hours after being admitted to hospital.

Lespérance was an accredited snowmobile guide who was trained in 2010, according to Quebec's council on human resources in tourism.

The group was driving across a snow-covered channel, between the towns of Saint-Henri-de-Taillon and Alma, when the ice gave way beneath them.

Police said a person who went through the ice was helped out of the water by two members of the group who had managed to brake and avoid falling in.

The three of them then drove to shore and called emergency services from a store in Saint-Henri-de-Taillon.

Firefighters from Alma recovered the guide from the water. He was transported to hospital, but died Wednesday morning.

The three survivors have since been discharged from the hospital in Alma.

Sûreté du Québec Sgt. Hugues Beaulieu said the group deviated from the marked snowmobile paths — which are inspected daily — and went out onto the lake.

"They must not have known the area well, because it's an area known for having critically thin ice because of the current," Beaulieu said.

Members of the SQ, the Alma fire department and Canadian Armed Forces searched the area overnight.

The SQ's diving team arrived Wednesday morning to assist in the search. Late in the evening, Sgt. Béatrice Dorsainville said divers found two snowmobiles in the water at the mouth of the La Grande Décharge — an outlet for Lac Saint-Jean.

The snowmobiles will be removed Thursday morning, she said.

Quebec Municipal Affairs Minister Andrée Laforest was on site Wednesday afternoon to thank rescue workers for their efforts throughout the day.

She said that snowmobiling is a very popular activity in Quebec for residents and tourists alike, "but it's important that it is done safely."

"Of course, it's concerning," Laforest said. "Were [the snowmobilers] lost? That will be part of the investigation."

Five people have died in snowmobile-related incidents in the province since the 2019-2020 winter season began, not including the accident on Lac Saint-Jean.

In total, 104 people in Quebec have died while snowmobiling since 2015.

"No one understands why they would go there," Paradis said. "It's the worst place to go. It's completely incomprehensible."

The group of snowmobilers spent Monday night at Relais 22 Milles, a lodge about 100 kilometres from the shores of Lac Saint-Jean in La Tuque, Que. The lodge is located on a Trans-Québec snowmobile trail.

Owner of the lodge for four years, Christine Reis said she knew the guide who died. Lespérance was staying at her place twice a week at times, she said.

"He was a person who I think was very experienced," she told Radio-Canada. "He always had groups of eight to 10 snowmobilers with him." 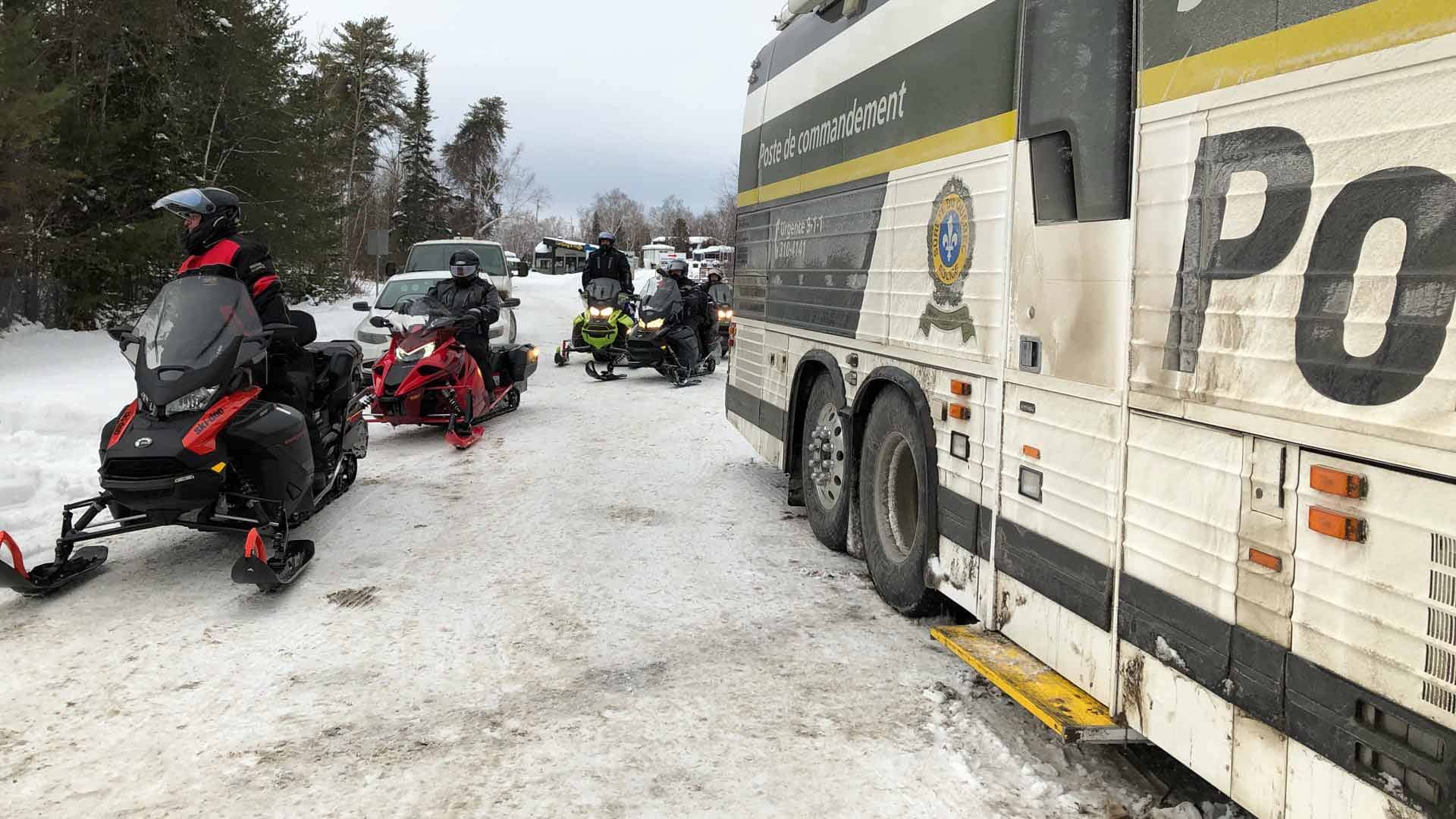 12 months agoVideo
1:40
Five French tourists are missing and their guide is dead after the group’s snowmobiles went through the ice in the northern Quebec in an area locals know to avoid. 1:40
CBC's Journalistic Standards and Practices|About CBC News