Hydro-Québec vowed its smart meters would save the utility millions, but homeowners say their bills have skyrocketed without explanation.

'I don't know how I'm going to pay those bills,' Laval homeowner says 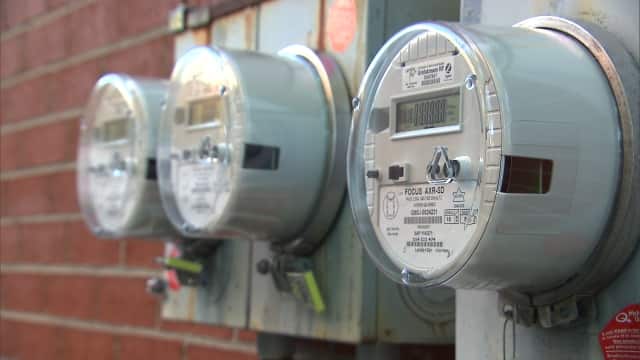 6 years ago
3:36
CBC News looks into mounting complaints of overbilling from Hydro-Québec customers on the new smart meter. 3:36

Hydro-Québec is looking into complaints that its new smart meters are overbilling homeowners, following a CBC investigation.

The provincially owned power utility is in the process of installing close to 4 million next-generation meters across Quebec — a switch the utility had claimed would save it, and by proxy its customers, millions of dollars.

But there is growing concern among homeowners that the new meters are doing exactly the opposite.

Marc Magendie lives in a two-storey home in Laval.

People are very anxious because the bill goes [up] twice or triple and they can't get clear answer from Hydro-Québec- Marie-Michelle Poisson, Refusons Les Compteurs

He says he’s extremely careful with his electricity consumption, so he was shocked when his hydro bills doubled after a new smart meter was installed.

Magendie got his first surprise in January — when he received a bill for more than $1,000. He normally pays between $450 and $500 for that same time period.

Magendie responded by reducing his electricity consumption even further.

“I've got a programmable thermostat … I don't use my dishwasher, I only do laundry once a week when they're full, I use a drying line.”

But he says it hasn't made a difference.

Magendie's bills have already cost him nearly $3,000 for this year. Normally, he says he pays an average of about $2,000 per year for electricity.

Hydro-Québec told CBC News that it has received fewer than a dozen complaints about the new meters.

In an interview, spokeswoman Isabelle Thellen said Hydro-Québec investigated each complaint and found nothing wrong with the smart meters.

"The issue was consumption habits that had changed, or it was a case of estimated versus real consumption. In no case was it a problem with the next-generation meter," Thellen told CBC News.

In Magendie's case, Thellen said that Hydro-Québec had estimated much of his consumption for the last five to six years because access to his meter was blocked.

Of 45 bills issued to Magendie during that period, Thellen said only 15 were based on real consumption.

She said the increase that Magendie is reporting as a result of the new meters is the difference between estimated consumption and real consumption.

She said Hydro-Québec customers with questions or complaints about the new meters should call customer service at 1-866-385-7272.

Some Hydro-Quebec customers, however, say they're having a hard time getting through.

Magendie says when he called customer service, a representative blamed the high bills on the cold winter, but he says that doesn't explain why his bills jumped in the spring and summer as well.

“People are very anxious because the bill goes [up] twice or triple, and they can't get clear answer from Hydro-Québec,” Poisson says.

For the time being, he plans to burn wood for heat this winter to help reduce his hydro bills.

“Like most people, I'm running a very tight budget, and that increase is breaking me. I've got no money left to spend elsewhere, and I don't know how I'm going to pay those bills," he said.

In Ontario, concerns over irregular billing related to the new meters have prompted an investigation by the province's ombudsman.

So far, the ombudsman has received close to 8,000 complaints against Ontario's Hydro One.

In response to a request from CBC News, Hydro-Québec said it will launch an investigation into the alleged overbilling.

Did you know: If you think your bills are unfair, you can send a written complaint to Hydro-Québec. The company is required to respond within 60 days.