Jean Brault's long search to get help to die ended last week — but only after he went 53 days without food and eight days without water to meet the criteria under Quebec's end-of-life care law.

48 hours before his physician-assisted death, Jean Brault pleaded for review of criteria for help in dying 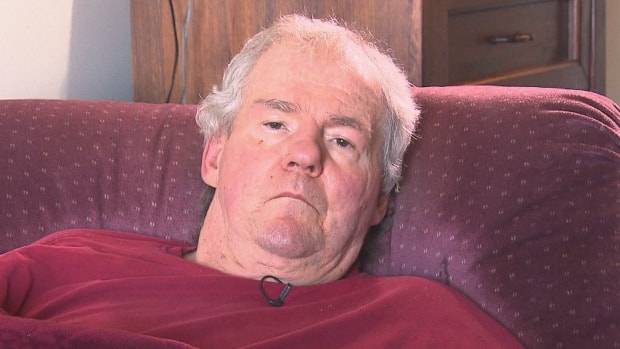 But Jean Brault got a doctor's help to die only after starving himself for 53 days and refusing water for eight days — at last arriving at a point so close to death he satisfied his doctors that he'd met all the criteria under Quebec's assisted-dying law.

Brault spoke to CBC/Radio-Canada on April 5, when he made a plea for loosening the rules to qualify for a doctor-assisted death.

Asked how he felt after learning he'd been pronounced eligible to get medical help to die, his voice choked with emotion.

"I felt liberated," Brault said. "It is as simple as that."

"It's as if a heavy weight has been lifted off [my] chest."

Brault lived a full life, despite a debilitating handicap for most of the last 42 years.

He was an athletic 19-year-old when a blood clot near his brain stem left him partially paralyzed.

At the time, doctors told him he would never again walk or speak.

He proved them wrong. He regained some movement and learned how to speak again.

But when he lost the ability to move his legs after a prolonged hospital stay a decade ago — and slowly began losing the ability to talk — he started to look for a way to die.

Brault said the loss of independence was a devastating blow to his sense of self.

"You take it, you take it, but then at some point — bang, it's over. That's what it was like for me. That's when I tried to take my own life two times."

He refused food for close to two months, long enough that when he landed in hospital, doctors threatened to transfer him to the psychiatric ward.

So he agreed to resume eating.

When that first attempt failed, he decided to go to Switzerland to seek a doctor-assisted death.

But that plan was thwarted because he couldn't manage to get all of the required medical documents.

He was told he met all criteria except one — he was not dying.

"I self-mutilated," he said. "I had to push things to the limit, so that they'd listen to me."

After 53 days without food and eight without water, Brault's body had deteriorated to the point of no return, and he was told he was eligible for doctor-assisted death.

The news "was like total and absolute freedom," he said. "As soon as it's done, it'll be over, finished."

In some of his last words, Brault criticized Quebec's rules for doctor-assisted dying.

"The way government works, it doesn't bend," he said. "It needs to be more flexible."

However, the group says the law's rules are more restrictive than what the Supreme Court justices set out in their 2015 ruling known as Carter vs. Canada.

"From our perspective, the Quebec law is not in compliance with the Carter decision and should be amended."

In order to comply with the Carter decision, the federal government is facing a strict deadline to create its own law allowing for doctor-assisted death. It's expected to be tabled in Parliament this week.

Quebec Health Minister Gaétan Barrette said on Monday that amending the law is not a priority for the Philippe Couillard government.

"We have our law, our boundaries, our parameters, our limitations," he said.

"I believe right now that Quebec's population is satisfied with it."

With files from Radio-Canada's Michel Bherer