The search for victims in the epicentre of the explosions in Lac-Mégantic is ending, although work will still continue to identify more victims though elements found at the scene, a spokeswoman for Quebec's coroner's office confirmed. 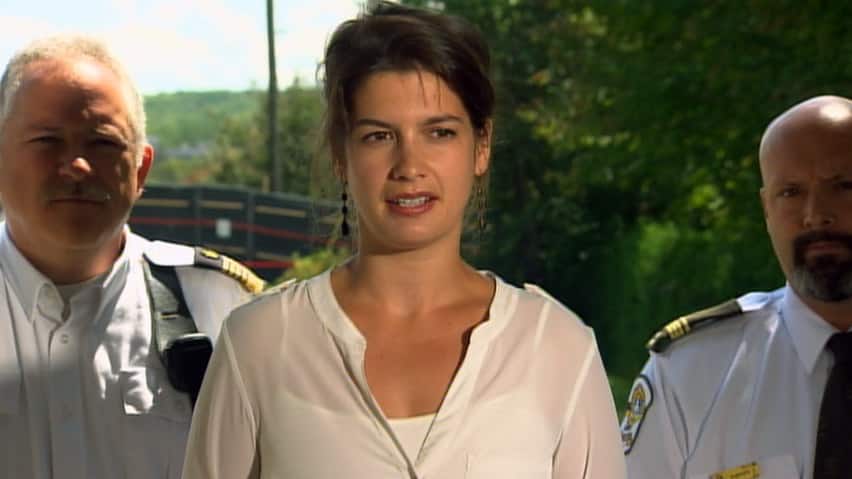 Search for victims ends in Lac-Megantic

7 years agoVideo
7:19
Officials in the Quebec town say they've found all they can from the scene of the explosion. 7:19

The search for victims in the epicentre of the explosions in Lac-Mégantic is ending, although work will continue to identify more victims though elements found at the scene, a spokeswoman for Quebec's coroner's office confirmed.

"We conclude this work today with sincere and profound conviction that we did everything humanly possible to locate the missing," spokeswoman Geneviève Guilbault said at a news conference Thursday morning in the small town in Quebec's Eastern Townships.

Over the last 27 days, the remains of 42 people were located. Of those, 38 have been officially identified by the coroner's office.

In total, 47 people were put on the official list of those deceased or presumed dead.

"We're still in contact with the families," said Lt. Guy Lapointe of the Sûreté du Québec.

"Families of the victims that have yet to be located were allowed on the scene — have seen people at work, doing the search, seeing the kind of efforts that were deployed to find these people."

Marie-France Boulet, who lived and worked in downtown Lac-Mégantic, has been missing ever since the disaster, and her remains have so far not been identified.

Her sister, Martine Boulet-Pelletier, said the reason was not that search teams didn’t try hard enough, but because the destruction was so massive.

She added that it helped to see with her own eyes the site where so many people perished.

"It helps us understand how Marie-France could have been lost in it," she said.

The criminal investigation is continuing, said Lapointe of the provincial police, but the so-called red zone around the blast site is no longer considered a crime scene.

That doesn't mean the area will be reopened to the public.

Health and environmental concerns still have to be addressed and the police will maintain a perimeter until the proper authorities have determined it’s safe to return, Lapointe said. He could not say what time the barriers would be lifted.

The Transportation Safety Board of Canada is also wrapping up its field investigation into the Lac-Mégantic train disaster, and insists that finding out what went wrong when the train cars derailed and exploded in the town remains a top priority.

"We will find out how and why this happened so that it will hopefully never happen again," Donald Ross, the lead TSB investigator, said at a news conference this morning.

The focus will now shift to the TSB’s laboratory in Ottawa, where tests are being conducted on samples of the oil taken from the scene, the train’s brakes, as well as other evidence gathered over the four weeks the agency was on the ground in the red zone of the disaster.

The TSB cautioned that the process could take months, but said that any pertinent findings that could affect safety would be communicated to Transport Canada, the industry and the public.

The blast produced by the crude oil carried in the cars was shocking even to officials on the scene, the TSB investigators said.

"Certainly for crude oil, based on the experts’ views, it would seem that the crude oil reacted in an abnormal manner," said Ed Belkaloul, the TSB's manager for Eastern Region Rail Operations.

"Analysis is being carried out to help us determine why the oil created such a fierce fire that night."

Samples collected are being tested to determine the exact composition of that oil, he said.

The tanker cars themselves and their viability in the crash, an issue that the TSB has already raised with Transport Canada earlier in their investigation in the disaster, will also be part of that investigation.

Several changes have already been instituted in the wake of the derailment in Lac-Mégantic.

It also says no locomotive attached to one or more loaded tank cars transporting dangerous goods can be left unattended on a main track.

Canadian Pacific Railway also updated its general operating instructions, which now require that any locomotive left unattended outside a station or yard be locked and prohibiting any tankers containing regulated commodities from being left unattended on main line tracks.

The TSB has already disclosed that its early findings showed the train was unmanned when it rolled down a 1.2 per cent incline from the nearby town of Nantes and derailed in Lac-Mégantic.

That train, when in operation, also had only one engineer on board, something only two rail carriers in Canada are permitted to do under federal regulations.