Festival in Goa celebrates the annual feast of Sao Joao with song-singing, fruit and flower offering.

With numerous celebrations planned for the province's Fête nationale on June 24, something Quebecers are yet to incorporate into their annual celebrations is well-jumping.

This is just one of the many festivities that the state of Goa in India has preserved for over 150 years as it joins Quebec in celebrating Saint Jean-Baptiste Day or, as it is known in Goa, the feast of Sao Joao.

In Goa, a third of the population is Catholic as a result of Portugal's colonial rule. Hence, the tradition of well-jumping is in honour of Biblical events.

It has, however, gained new meanings in contemporary society and has spread to other religions.

"We have Hindus and Muslims partaking in this event as well as foreigners that come to Goa," Blanche Da Costa, President of the Quebec Goan Association told CBC Montreal's All in a Weekend host Sonali Karnick.

"They look forward to this festival."

Jumping into a well, or a pool

The festivities of Sao Joao usually include youths of the village going from door-to-door in the procession, collecting fruits and a bottle of feni—a  strong homemade cashew liquor.

Their heads are embellished with kopels or crowns that are made with fresh flowers, fruits, and palm leaves.

Once the youths collect fruits and feni, they throw them into the well as a sign of offering and then jump in to retrieve the gifts.

Accompanied by a song

After the traditional ritual of well-jumping, the sound of singing engulfs the streets of Goa. Many of the songs are sung in Konkani, a spoken language that can be written in more than 26 scripts. The Devanagari and the Roman scripts are most common in the state of Goa.

Blanche and her husband Antonio Da Costa and musician Kninoshka Ribeiro offered All in a Weekend's listeners a medley of songs popular during the Sao Joao feast. One of them describes a young woman with nice rosy cheeks, another depicts a duck feeling lonely because of the drying pond, and the third one is a Goan version of a drinking song. 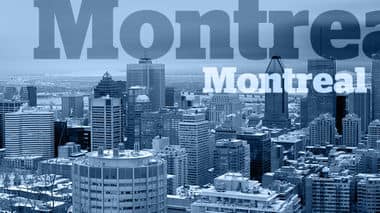 Listen to a traditional song of a Sao Joao feast

For Blanche and Antonio Da Costa, and Kninoshka Ribeiro, Saint Jean-Baptiste Day in Quebec carries a rather nostalgic memory of home and a link to the Goan heritage.

"The organizers of this feast want it to be a hereditary event, going on from generations to generations," Blanche Da Costa said.

"The elderly people want to preserve this culture."

As part of the Quebec Goan Association, they organize language events, song-singing in Konkani, and various educational activities for youths and parents in an effort to keep the traditions alive.

"When Indian ships would be coming here, I would go and sing with Goans there," Antonio Da Costa said. "I [would] feel at home.

With files from All in a Weekend