This is the first year the Saint-Lazare-Hudson soccer club has had a program for young athletes with special needs.

The ball rolls into 15-year-old Melissa Fitzgerald's feet, she turns and passes it to her teammate.

The smile on her face is as wide as goal she is sprinting toward. It is clear that there isn't much about soccer that Fitzgerald doesn't love.

"I love it a lot, I played when I was little. I was three years old," she said between squirts of a water bottle during a break in the game. "I love to run, all the time."

Her mother Tracy Watson gives her daughter a high five.

"Good job," Watson said. Melissa smiles again and sprints back on to the field.

Her Saint-Lazare-Hudson Hawks teammates are ready to restart the game.

Watson, like the other parents of the players on the Hawks' new special needs program, looks on as the whistle blows and the action resumes. This game is a unique opportunity for their kids, which wasn't possible before in Saint-Lazare.

"You know, when they are younger they can play with the other kids and be integrated but as the kids get bigger they are stronger and more competitive," Watson said.

"These kids they fall behind and they have to stop playing."

That's not the case anymore.

This is the first year the Saint-Lazare-Hudson soccer club has had a program for young athletes with special needs.

James Maurais came up with the idea after seeing similar programs succeed at the Lakeshore soccer club and in Montreal's NDG neighbourhood.

"I'm a father of two special needs children and I know for a fact that it's tough to get services out here," Maurais said.

Maurais said most are kids who are part of the Hawks are getting their first chance to play the game. While public schools try to offer opportunities for children with special needs to play, he said they often fall short.

"[The kids] are afraid of being excluded from the regular team. This is a team where you're welcome no matter what your ability is," he said. 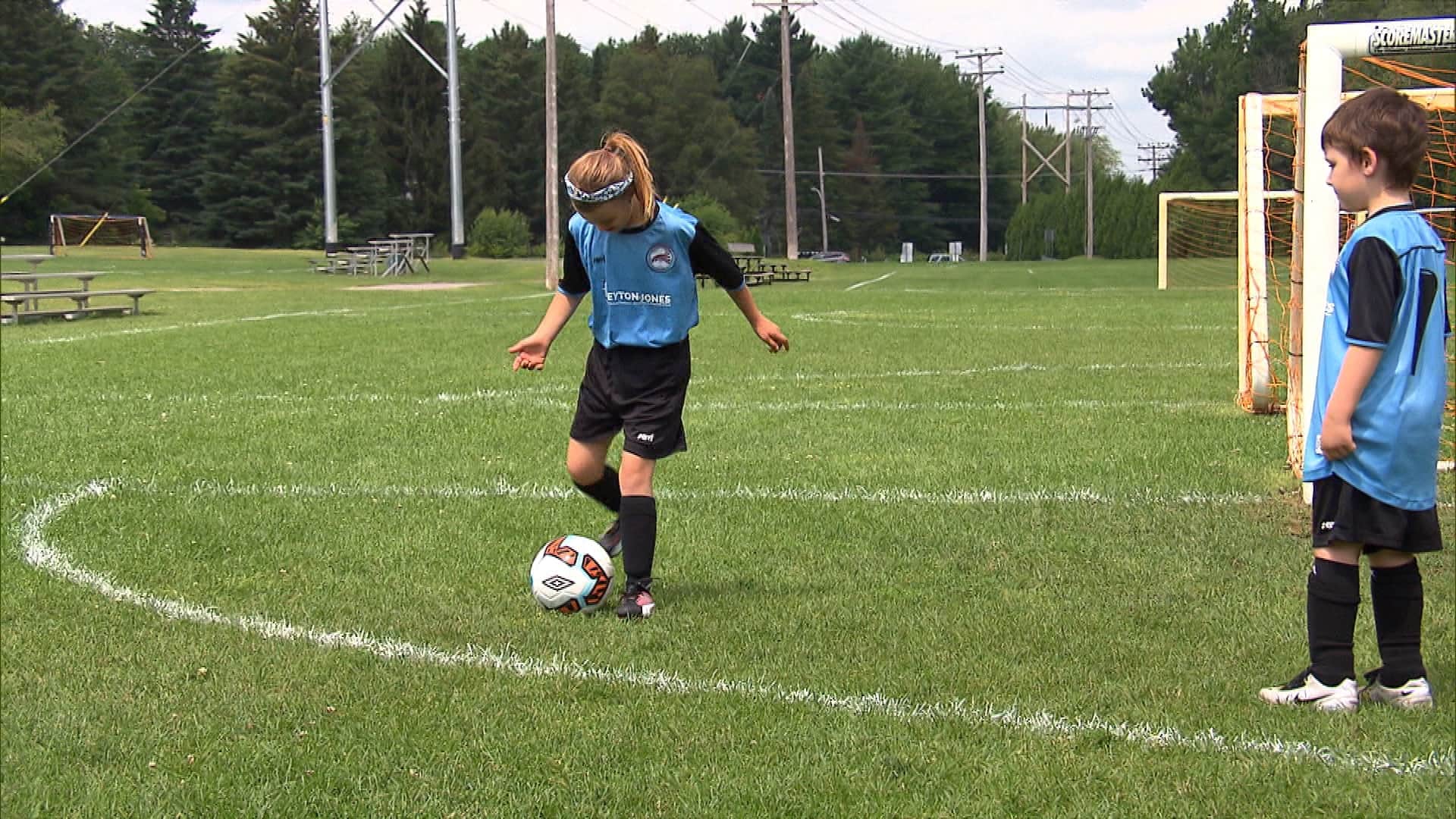 So far about two dozen kids have signed up for the new program, including Ethan, who wears number 13 for the Hawks.

"Picking things like this where he fits in just properly are few and far between," said Brian Bower, Ethan's dad.

"He's really a very athletic boy, loves to swim, does tae-kwon-do as well but this is the first team sport he's in where he's having a really good time in the summer," he said.

While giving kids with special needs an opportunity to play is the primary purpose of the new program, there are goals to grow the initiative into something bigger — a squad that plays competitive games against other teams.

"It's called fundamentals of soccer and the 'fun' is the important thing but at the same time we're trying to teach them to play better soccer," said coach Mick McCafferty.

The coaches take their responsibility as teachers of the game seriously.

"I just treat this as a normal soccer team and go out there and do normal coaching and it's working out well up to now," he said.

"They are normal. They've just got challenges, I'm not going to treat them different to any other kids."

The kids currently practice skills and play games against each other, but soon they will be taking their show on the road.

The Hawks practice every Saturday at Saddlebrook Park in Saint-Lazare and are always open to accepting new players.