Tourtière or poutine? Good news: you don't have to choose anymore

The team behind Baron BBQ in Saint-Ambroise, a speck on the map in the Saguenay-Lac-Saint-Jean region, has combined two of Quebec cuisine's most beloved dishes. Call the 'tourtine' genius, call it sacrilege, but call early. They're going fast.

Call it sacrilege, call it genius, but most of all, call early because 'tourtines' are going fast

Some will scream "sacrilege," others will see it as a stroke of heartbreaking genius. There really is no in-between.

Two businessmen from Saint-Ambroise, a village halfway between Saguenay and Alma, have decided to fuse two dishes that have become synonymous with Quebec cuisine, tourtière and poutine. Prepare to tuck in to the "tourtine."

Their restaurant, Baron BBQ, opened smack in the middle of the COVID-19 pandemic, and faced with a government order to close their dining room a few weeks ago, the owners had to come up with Plan B.

"We did take-out, we tried all sorts of things. We have a grill out back, we did Portuguese chicken. I needed to do a little something for the holidays, but different ... because we didn't even know if people were going to be able to get together," Julien Fortin, one of the co-owners, told Radio Canada.

So why not go back to basics and combine a pair of classic dishes, with a touch of refinement.

It should be noted that we are talking about tourtière, which has a different connotation in the Saguenay—Lac-Saint-Jean than the meat pie that's typically associated with the appellation.

It's deeper, and includes chunks, rather than ground, meats. Often it features game. 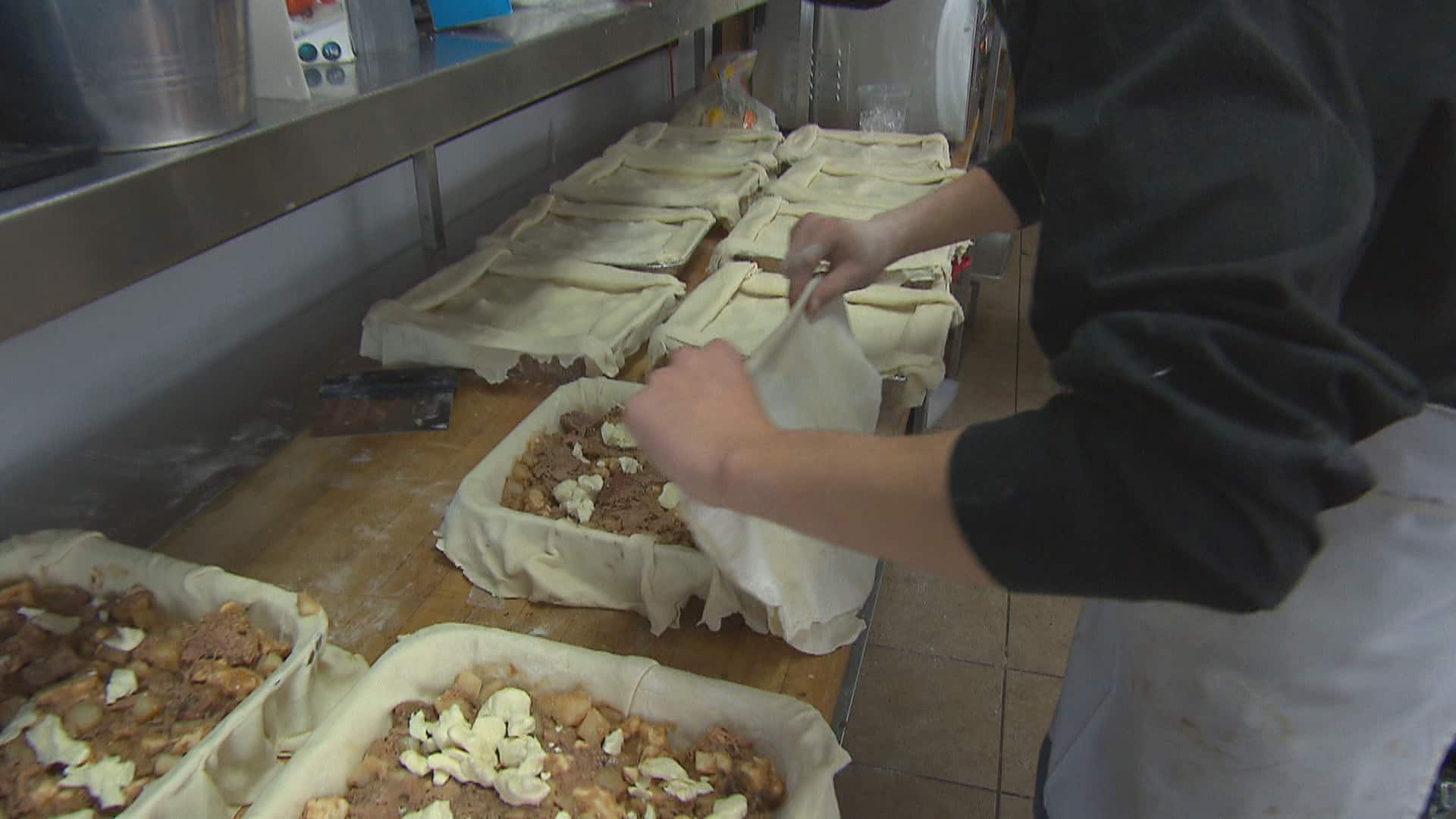 This version has beef brisket and pulled pork (both made in the smoker in the back). They added a demi-glaze – basically a home-made stock with foie gras in it – a bit more foie gras, because why not, cubed potatoes and cheese curds from Fromagerie Boivin, a well-known local purveyor.

The response has been overwhelming.

At the outset, the restaurant was churning out 50 or so tourtines a week. That number has since hit 300, and shows no sign of abating.

"We closed the take-out restaurant and took all our employees and put them on tourtines. We're going to hire more people next week," said Jean-Sébastien Gauthier, Baron's other co-owner. "We'll almost certainly double our number of employees."

The only fly in the ointment is to eat tourtine, one must make the trek to Saint-Ambroise and pick it up in person.

In other words, would-be devotees outside the Saguenay—Lac-Saint-Jean will have to check their appetites for a while.

Based on a report from Radio-Canada's Louis Martineau