Coronavirus cases are piling up at an alarming rate in the Saguenay-Lac-Saint-Jean region, and while public health insists the situation is under control, the doctors committee at the region's main hospital warns it could go sharply downhill soon.

Quebec's most blistering COVID-19 hotspot logged a new daily record for infections Thursday and while public health authorities say the situation is under control and may even be starting to improve, the Saguenay–Lac-Saint-Jean's health network can't take much more.

The region reported 241 new positive tests on Thursday, and is now grappling with 1,107 active cases. It's quickly running out of hospital beds in Chicoutimi, the main COVID-19 intake centre, and running near capacity for intensive care.

According to Dr. Hugo Villeneuve, an oncologist who doubles as vice-president of the regional council representing doctors, dentists and pharmacists, the situation remains manageable but he said "a point of no return could be reached if the situation deteriorates any further."

The problems associated with a worsening case load are being exacerbated by a deepening lack of resources. Hundreds of medical personnel have been sidelined with COVID-19 or are in isolation pending test results.

Villeneuve joined the president of the region's health authority, Julie Labbé, and the public health director, Dr. Donald Aubin at a sombre news conference to emphasize the importance of following health guidelines.

"Everyone must follow the rules strictly and with rigour," Aubin said.

Aubin added he's not pointing fingers, but private gatherings are still taking place despite stepped-up enforcement measures since the region was designated a 'red zone' just over two weeks ago. 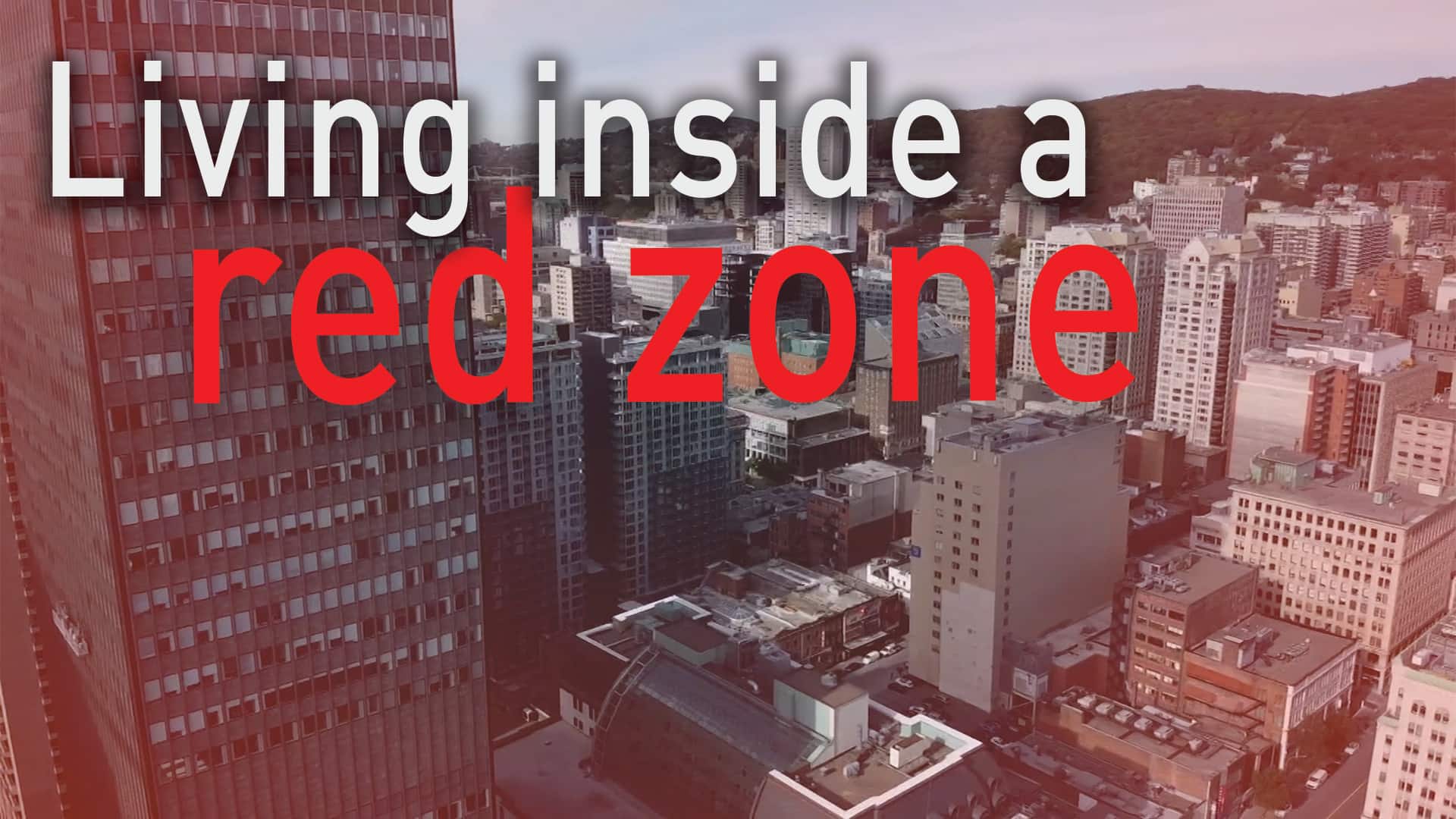 What you can and can't do at Quebec's highest alert level

23 days agoVideo
3:43
Most Quebecers are now living inside a red zone. But just what does that mean? 3:43

Encouraging signs in the data

He also indicated that the overall picture may not be quite as alarming as it may first appear.

Despite the one-day spike in cases, Aubin said the region's true case rate is probably closer to an average of 150 per day. He added there are some indications in the data that a plateau has been reached.

Aubin's hope is that between now and the Christmas holidays the region will settle into a level that "might not be zero, but will be a lot more comfortable, let's put it that way."

But that's still five weeks away, which doubtless feels like an eternity to overburdened health-care workers.

According the head of the local nurses' union, the situation is "extremely critical" and the region is badly in need of reinforcements.

'A sense of being abandoned'

Julie Bouchard, president of the Syndicat des professionnelles en soins du Saguenay–Lac-Saint-Jean, said the 3,200 nurses, licensed practical nurses and respiratory therapists her union represents are exhausted. And many of them are sick, 156 from Chicoutimi's hospital and 70 in Alma at last count.

Like health-care workers elsewhere, Bouchard's membership is working mandatory overtime shifts. Most have been put on full-time schedules and there is talk of moving staff between facilities and extending regular shift lengths from eight to 12 hours.

"We ask ourselves every day how we're going to get through it," Bouchard said. "We expected to be heavily relied upon for the second wave, but the feeling we have now is like a sense of being abandoned."

Bouchard reported "anger, distress, sadness on the floor" and suggested fatigue is a factor in the growing number of infections among staff.

Labbé acknowledged the demands on health workers and expressed the health region's gratitude. She also confirmed some help has arrived and more is on the way.

Contact tracers from Quebec City and the North Shore region have been helping track down clusters.

About 60 Red Cross personnel are slated to arrive next week to share the load in seniors' homes and long-term care facilities.

Local staff are also being reassigned from medical clinics and other community resources to help in the parts of the system that need them most.

As to whether relief is coming from other regions, Labbé said the issue has been raised with the provincial Health Ministry.

"The discussions are ongoing," she said.

with files from Julia Page