Quebec's health ministers says the comments were 'not appropriate'

"It probably isn't much more dangerous than the seasonal flu," he said in an interview with CTV Montreal on Sept. 14.

Health experts across the nation and around the world have cautioned against comparing COVID-19 to the flu as the mortality and transmission rate is considerably higher.

Rosenberg's comments have been circulated online by conspiracy theorists, who don't believe the pandemic poses a threat to public health.

At the same time, his comments have frustrated those who recognize COVID-19 as a potentially fatal disease that can leave survivors with long-term health consequences.

Since his interview with CTV, several media outlets have given Rosenberg the opportunity to clarify his statement. A spokesperson for the CIUSSS told CBC last week that Rosenberg stands by his comments.

Speaking during a news conference on Tuesday, Dubé said he hasn't heard Rosenberg's full interview yet, but based on what he has learned so far, it "was not appropriate."

Dubé said, with more than 5,000 Quebecers dead after the first wave of COVID-19, Rosenberg's comments were wrong as far as he can tell.

But, the minister said, he would like to further understand the full context of the comments.

"We need to have a discussion with him," Dubé said.

Dr. Karl Weiss, chief of infectious diseases at the Jewish General Hospital, said Rosenberg may want to explain the context of his comments as COVID-19 is a new coronavirus with particular characteristics that are much different than the flu.

"It is clear that COVID-19 is much more severe than the seasonal flu," he said on Radio-Canada's Tout un matin Tuesday.

"It's not the same illness at all."

The rate of deaths related to COVID-19 in Quebec is 68 per 100,000 residents, according to the latest federal data.

Though the majority of cases are in Quebec and Ontario, the rate of deaths nationwide is 25 per 100,000 residents. More than 145,000 Canadians have caught the disease and 9,199 have died since March.

The death rate for influenza in Canada on an annual basis is usually between nine and 13 deaths per 100,000 people, depending on severity of the flu season according to Dr. Allison McGeer. 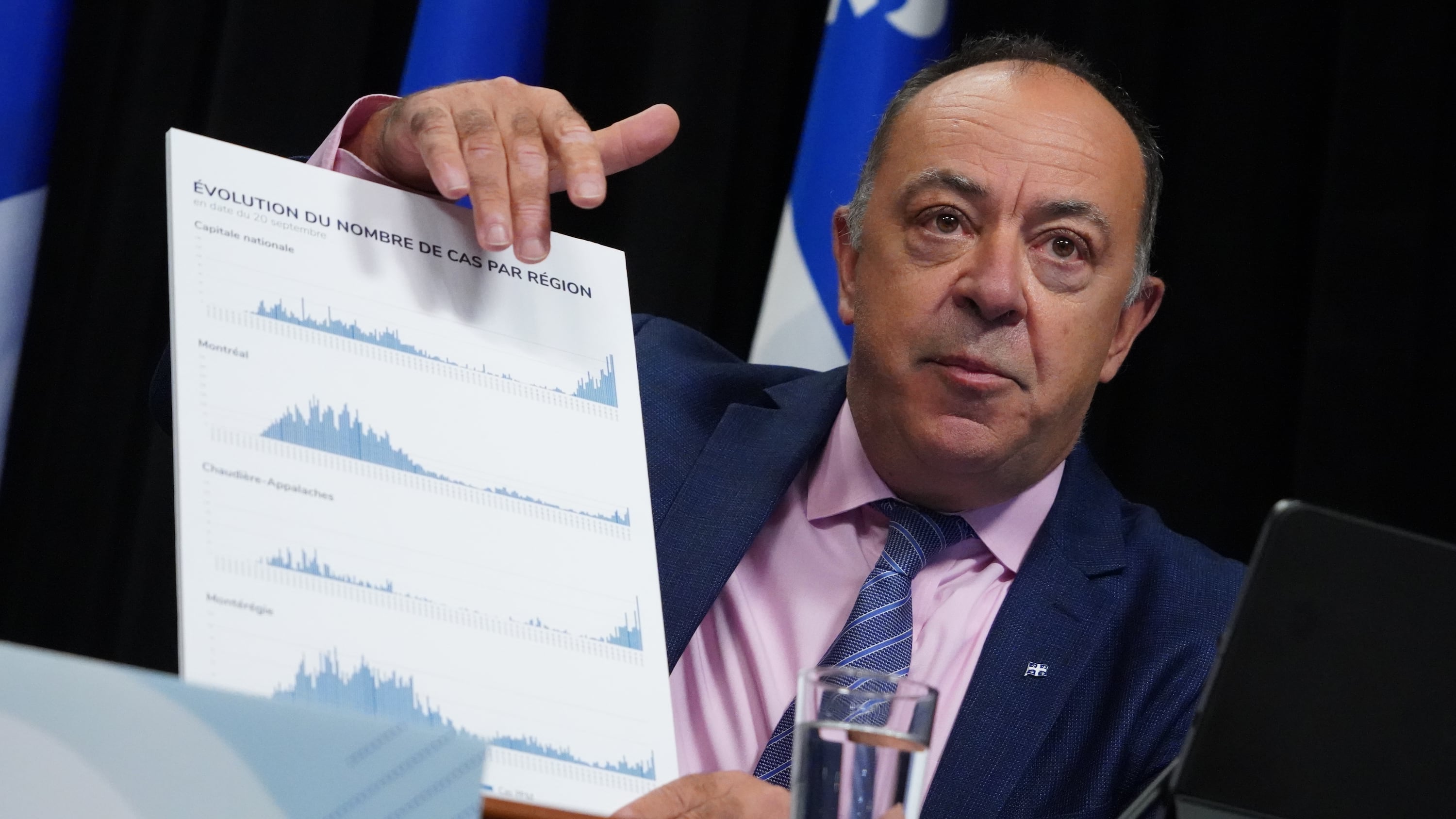 McGeer is an infectious disease specialist at Mount Sinai Hospital in Toronto. She spoke to CBC this summer when comparisons to the flu began circulating online in the form of memes.

According to Johns Hopkins University in Baltimore, which has been tracking the spread of the coronavirus worldwide, the mortality rate in the U.S. is even higher than Canada, at 35.75 deaths per 100,000 people.

By comparison, the U.S. Centers for Disease Control shows the age-adjusted death rate in the U.S. for both influenza and pneumonia has varied quarterly over the past few years from around 9 to 16 deaths per 100,000.

"COVID is unquestionably much worse than a bad flu season," McGeer said, but noted Canada's influenza death rate is kept in check by vaccines.