Repentigny police plan on racial profiling shows no will to change, activists say

Repentigny police are hiring a consulting firm to help come up with a plan to be more inclusive and to prevent profiling, but community activists point out the plan stops short of acknowledging there is a problem that needs solving in the first place.

Repentigny police have hired a consulting firm to help come up with a plan to be more inclusive and to prevent racial profiling, but community activists point out the plan does not acknowledge there is a problem that needs solving.

"If they don't first of all accept that racial profiling exists within the force, what exactly are they going to work on?" said Pierre-Richard Thomas of Lakay Média, a Haitian community organization in Repentigny.

Thomas has gone to several protests against police profiling and violence in the suburb east of Montreal in the past four years. Despite the public outcry, he says, things haven't improved.

There have been repeated calls for Repentigny's police department, municipal administration and even the provincial government to address racial profiling in the city of 85,000.

Repentigny Police Chief Helen Dion announced Monday the consulting firm will set out some priorities and the police department will take concrete steps next spring.

But she would not say whether racial profiling is an issue. Repentigny police do not currently gather race-based data on police stops.

The chief said the firm would raise awareness among officers about racial profiling and create a "diagnosis" to see if the police service can do more to ensure "equity, diversity and inclusion" in its ranks. Currently, only three officers out of 120 are members of a visible minority.

WATCH | Leslie Blot took this cellphone video of police arresting him on his own front lawn while inflating toys for his children. 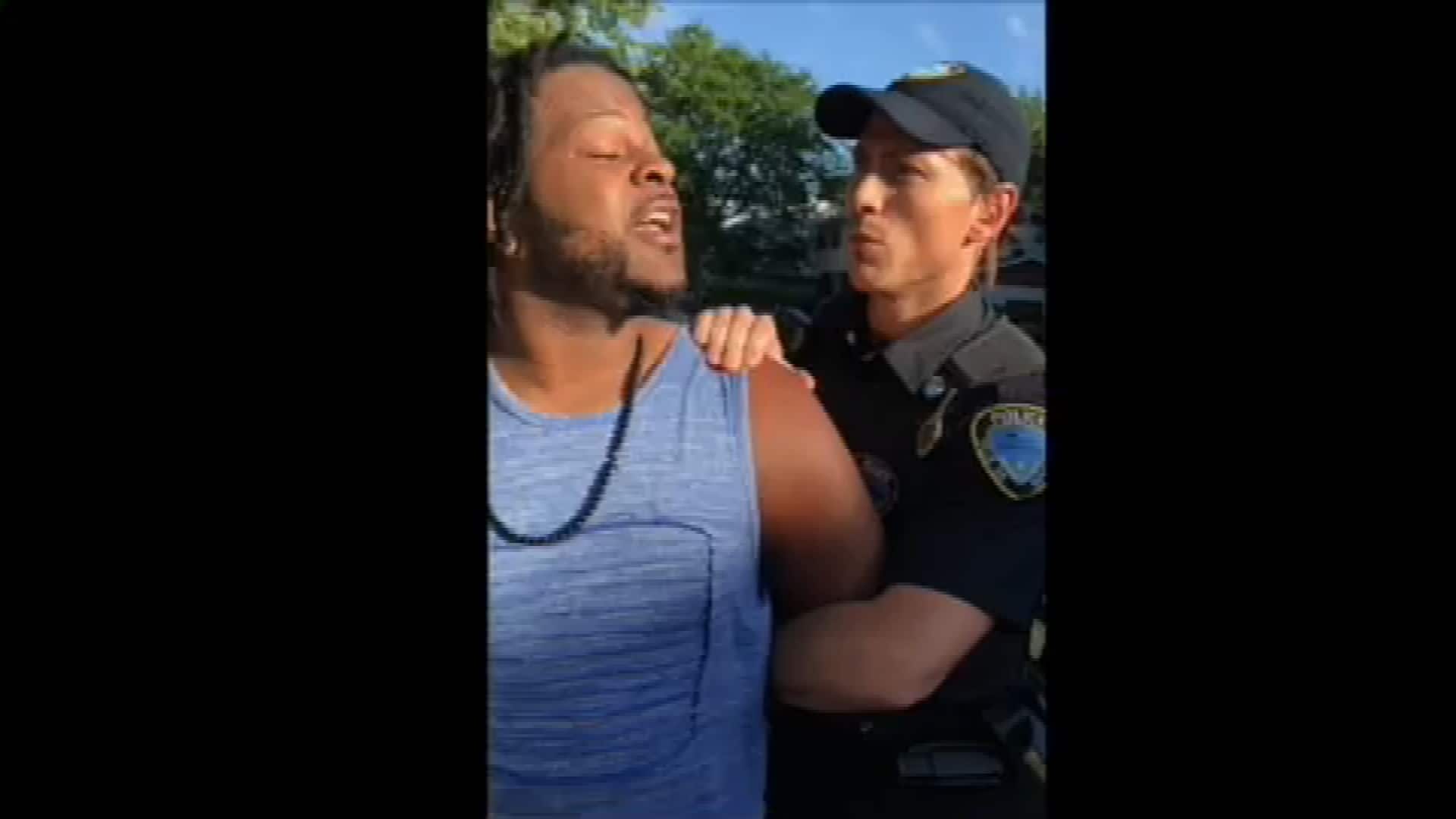 2 years agoVideo
3:02
Leslie Blot took this cellphone video of police arresting him on his own front lawn while inflating toys for his children. 3:02

But for Thomas the plan is useless if Dion doesn't admit systemic racism exists and may be a problem in her city.

"If there really was a will to fix things, they would at least contact organizations on the ground, like us," Thomas said.

Fo Niemi, the director of the Montreal-based Center for Research-Action on Race Relations (CRARR), says he's helped file about 15 complaints of racial profiling against Repentigny in the past three to four years.

"So many Black men of different age groups have complained of abusive police practices, stops and arrests, and fines, so obviously there's something there," Niemi said.

"I's not just about sensitizing or community, or public relations, it's about comprehensive, systemic review of policies and practices, of ways of doing things that lead to all these complaints that have been filed."

With files from Steve Rukavina and Lauren McCallum