Famed Quebec songstress Céline Dion, shadowed behind a thin black veil, clutched the hands of her twin sons tightly as she made her way slowly toward her husband's casket this afternoon at Montreal's historic Notre-Dame Basilica. 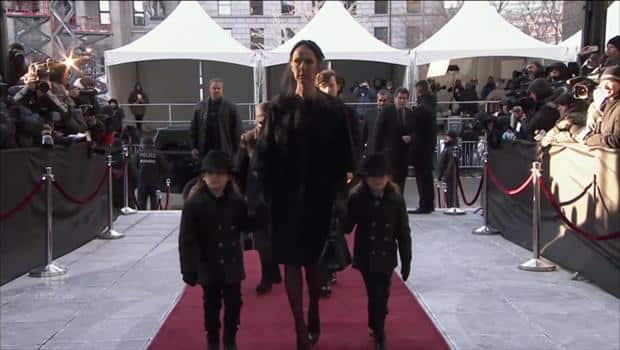 René Angélil's funeral at the Notre-Dame Basilica in Old Montreal

Famed Quebec songstress Céline Dion, shadowed behind a thin black veil, clutched the hands of her twin sons tightly as she made her way slowly toward her husband's casket this afternoon at Montreal's historic Notre-Dame Basilica.

Visibly pained, Dion carefully placed deep purple calla lilies on a pillow resting on the dark casket of René Angélil, her former manager and husband of 21 years, before taking a seat for the Catholic service.

Music industry personalities, celebrities, politicians and fans gathered at the church in Old Montreal to bid farewell to the man whom many credit with transforming the francophone chanteuse into an international superstar.

Angélil, 73, died in Las Vegas last week after a lengthy battle with cancer. 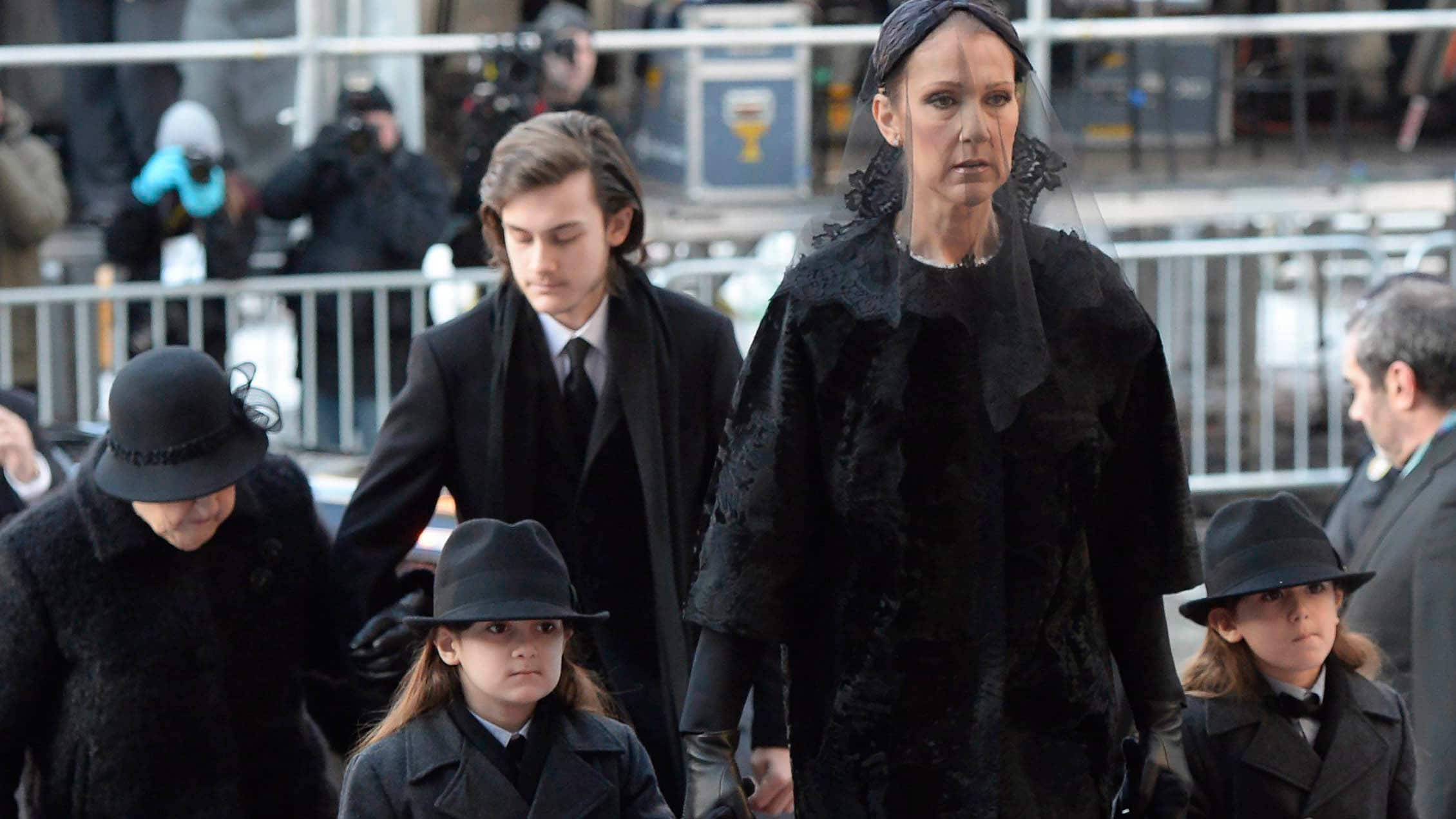 5 years agoVideo
1:29
Céline Dion arrives at the Notre-Dame Basilica flanked by the couple's twin sons , her face covered by a black veil. 1:29

Dion and the couple's three children, along with Angélil's adult sons, entered the church at 3:20 p.m. as a recording of Dion's song Trois heures vingt played through the sound system.

Angélil wanted his funeral mass to take place in the same church where the pair married in December 1994, according to a note posted by the singer on Facebook.

In a eulogy, René-Charles, who turns 15 next week, said he was "lucky to be born in a family where there was a lot of love."

"Fifteen years is not a long time for a son to get to know his father," he said.

"You're a tough act to follow, but with your help, everything is going to be fine.… I promise you that we are going to live up to your standards. Je t'aime, pa."

Christian Lépine, archbishop of Montreal, presided over the service. Ibrahim M. Ibrahim, eparch of the Greek Melkite Catholic Church in Canada, celebrated the mass, along with Rev. Miguel Castellanos, a member of the pastoral team at the basilica.

Dion's family accepted an offer by Quebec Premier Philippe Couillard for the government to play a role in the organization of the funeral.

The service is what's known as a national funeral in Quebec — technically not a state funeral, which is reserved for former premiers.

A government spokesman said Quebec is picking up the costs of the organization of the funeral and Thursday's visitation. The cost of security for the two-day event is being assumed by the provincial police, the Sûreté du Québec.

"Today we're honouring René Angélil, for what he did, for what he's done for culture in Quebec, for sharing our culture everywhere around the world, for his philanthropic work," he told reporters outside the church.

'My career was his masterpiece'

Dion and Angélil had three children, René-Charles, 14, and twins Nelson and Eddy, 5. Angélil is also survived by children from previous marriages.

During the service, Dion was presented with a monogrammed pillow that had been used in the couple's wedding. She removed a ring tied to the white satin fabric and quietly slipped it on her finger.

The singer did not perform at the funeral, but several of her songs accompanied the service. As the family left the church, after pausing for photos, Dion ran her finger along the top of the casket and leaned down to kiss it.

"I understood that my career was in a way his masterpiece," Dion said in a message shared with members of the public who visited the Notre-Dame Basilica on Thursday during the visitation.

"I realized that if he ever left us, I would have to continue without him, for him."