Delivery of the new, $6.3 billion light rail transit system is rapidly approaching and crews are using a new construction method they say is more effective — and less messy — than pouring concrete.

The horizontal crane is called a launching gantry.

Two cranes will build an elevated platform of about 13.5 kilometres all the way to Sainte-Anne-de-Bellevue.

REM workers said the system is better for people living near the sites.

"This is a way to reduce the impact on the environment, on the people around," said Stefan Balan, the director of the Sainte-Anne-de-Bellevue—Airport line.

Workers lock the pieces into place to build the track bed, and the machine slides back to tackle the next span.

Watch: The horizontal crane being used to build the elevated REM platforms. 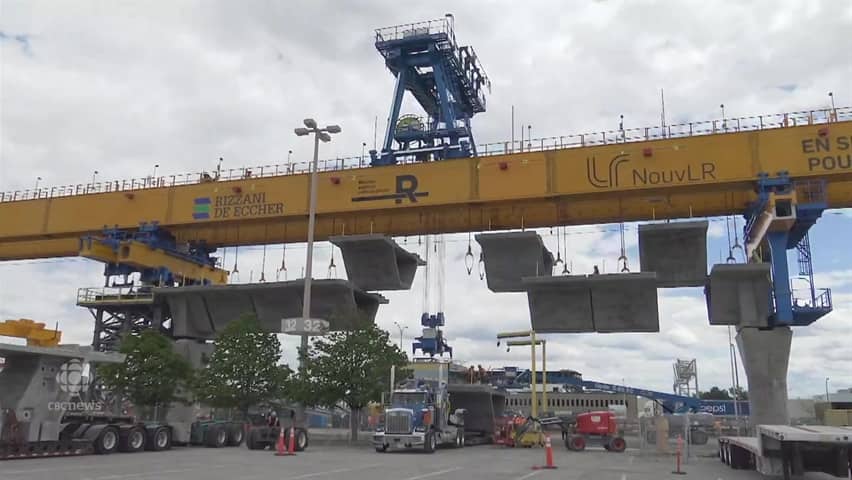 It's the first time the system's being used in Quebec. The machine can finish one 40-metre span in about two days,

The slabs are made in a factory near Drummondville.