Children at Saint-Malo elementary school have reimagined a hugely popular tune by Gerry Boulet as part of an intergenerational, intercultural music project.

In a Quebec City playground, about a dozen kids sing, dance and clap their hands to a beloved song they've remixed and reinvented.

The tune is a fresh, new version of the hugely popular Quebec song by Gerry Boulet, Toujours Vivant, which the students at Quebec City's Saint-Malo elementary school have reimagined as part of an intergenerational, intercultural music project.

"I like to do this, because we dance. We sing. It's happy. It's fun," said student Destin Kigenge, who is originally from Malawi.

The students, who are between the ages of 10 and 12, are in a special class for refugees and immigrants. They took part in a year-long project to learn Quebec songs from every decade of the last century.

Before COVID-19 forced seniors' residences into lockdown, the students would also visit with seniors to listen to the music together. 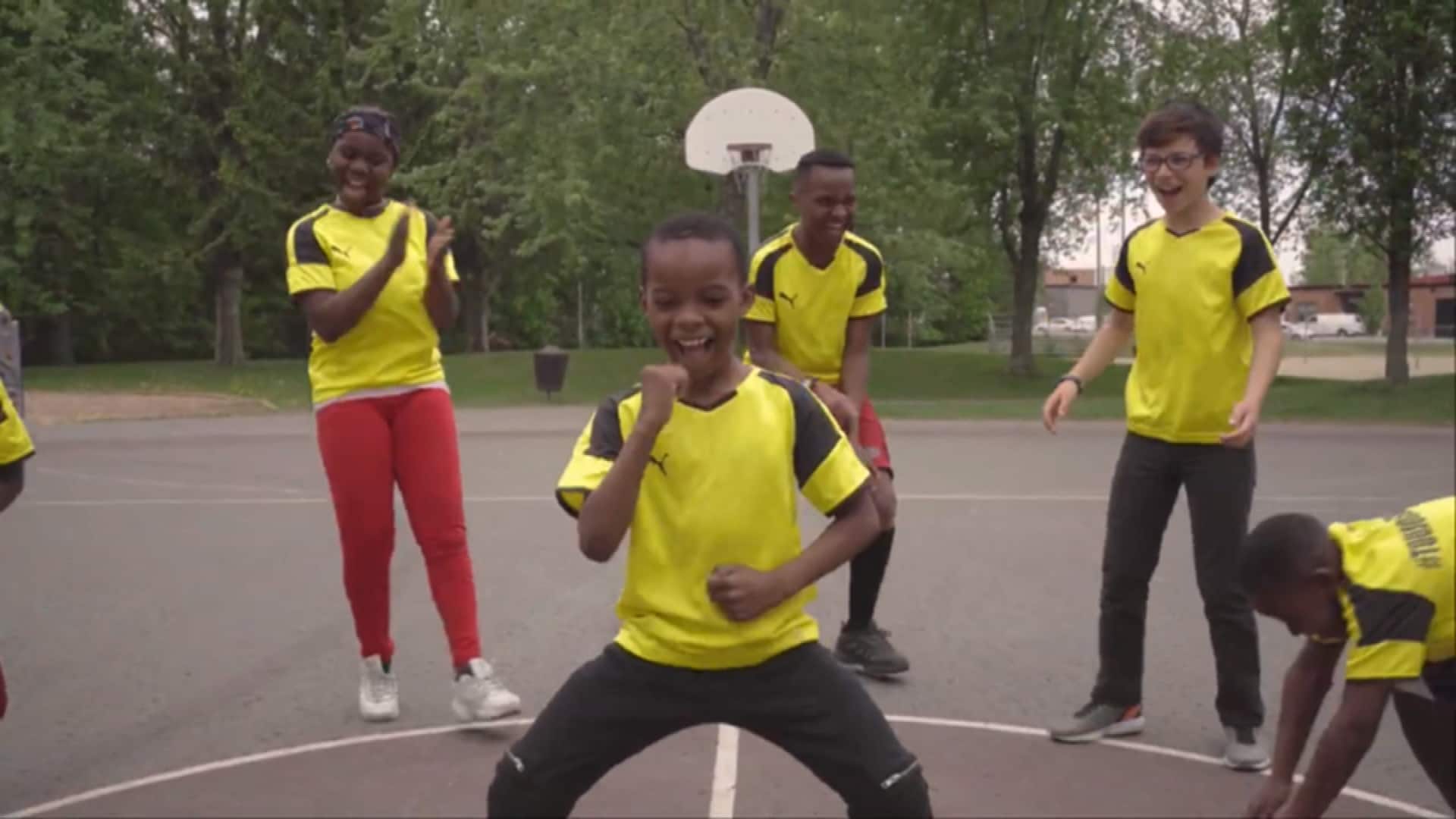 Teacher Nancy Fall spearheaded the initiative, which culminated in the choreographed dance party in the park.

This is the second edition of the project. Last year's song and performance involved the students writing an original song that shed light on their experiences coming to Quebec.

For musician and music therapist Caroline Dupont, giving children who are new to Canada the opportunity to meet senior Quebecers and enjoy music together is the best part of the project.

Ludovic Dubé, a musician who volunteers as a vocal coach and choir director, said it also helps the children integrate into Quebec society by learning about its musical history and learning the language.

He said half the students couldn't speak French a year ago, and now they are fluent. The metaphors and poetic language used in music helped, he said.

He said music makes them feel like Quebecers and understand they are the province's next generation.

"I know they are going to pass through life with this idea that 'we did something, we are Quebecers, we sang in French, we put it our way, and Quebecers will like what we do,'" he said.

For Dubé, who has been in Quebec for five years, it also gave him the chance to learn about the province's musical culture.

Dubé said the new song transforms the 1990s pop song — which the students chose as their favourite —  and gives it a new mix of reggaeton and soca sound.

"It's important to see things that unite us, not that divide us," he said of the new youth anthem. "This will change the whole world."

Dubé said because older Quebecers will instantly recognize the song, both generations can relate to it.

"As a musician, I think rhythm is the thing that can break everything down," Dubé said. "With rhythm we can move in the same direction."

"That's why music is a central builder of culture."

A dozen adults were involved in the production, doing everything from donating matching jerseys to filming and editing the video.

With reporting by Julia Caron