As part of our series Real Talk on Race, CBC Montreal asked 10 people to share their personal stories about race. These stories are in their own words.

Stories from Montrealers about how they live, see and understand race 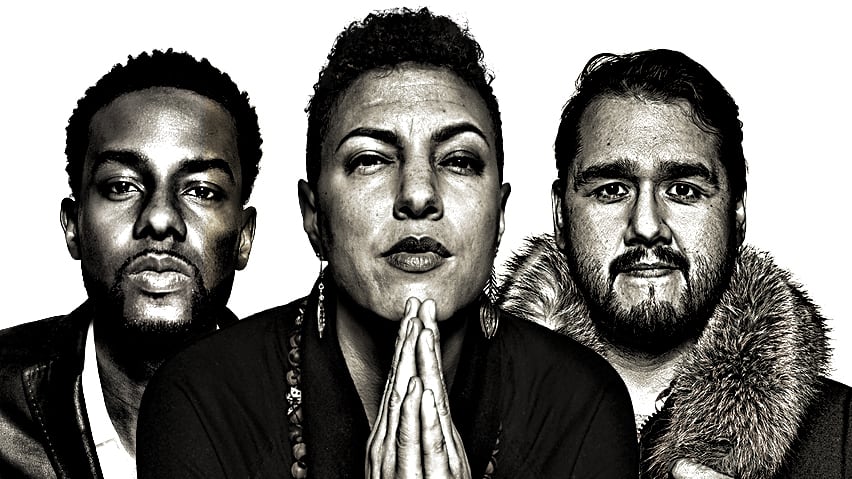 Why conversations on race matter

5 years ago
0:57
Our POV contributors tell us why they think it's important to have real conversations about race. 0:57

As part of our series Real Talk on Race, CBC Montreal asked 10 people to share their personal stories about race. These stories are in their own words.

We will be publishing their stories over the course of the series and will add them to this page.

​Gage Diabo got his first real taste of life outside the reserve when he began attending CEGEP in Montreal. But he soon began to feel like a stranger in his own backyard when he overheard the hurtful and ignorant things people would say about his community.

The need for mentorship as a woman of colour

As a single mother, PhD student, and woman of colour, Rachel Zellars says her ability to to succeed and be happy is closely tied to the mentorship she has received — mentorship that she believes women of colour owe to one another.

​Hussein Al Hilli and his family landed in Montreal 24 years ago. Since then, Hussein says he's found tolerance and understanding.

How one Inuk man's parka connects him to his community

Back home in the North, Stephen Puskas didn't think much about his parka. But when he walked around Montreal, it gave him a sense of a belonging in a community that's spread out across the city.

I remember my first identity crisis like it was yesterday. I was about eleven years old and watching a Habs game. The Canadians scored. I cheered. My parents asked who was winning. "We are!" I said. My parents laughed. "That's not us. We're Chinese."

The weight of the veil

Dania Suleman says she never decided to stop wearing the hijab, but felt it came with a heavy burden — "that somehow, since you wear the veil, you are an ambassador for this vast religion called Islam."

Arrested six times in his youth for drugs and weapons, Svens Telemaque once fit an all-too-common stereotype. But now he's working to arm others with the knowledge that you don't have to be confined by your past and other people's perceptions.

Growing up as the white minority

As a child in Sub-Saharan Africa, Coltrane McDowell was very aware of his own "whiteness." In Montreal, where his skin colour made him less conspicuous, he became even more aware of the role his minority status played in his early life.

Real Talk on Race is CBC Montreal's special series exploring personal conversations and experiences around race in the city.