Reporters on a media tour watch RCMP officers load a family with a baby, along with their bags and a baby carriage, into cruisers to take them to a nearby office for processing at Hemmingford, Que.

The agents who patrol the Canada-U.S. border in Quebec say it's been hard for them to watch as refugee families trudge through snow and freezing conditions to flee to Canada.

He's standing in a snowy ditch on the U.S. side of the border near Roxham Road in Hemmingford, Que., speaking to a group of journalists who've gathered for a media tour organized by the RCMP in light of the influx of illegal border crossings.

"We've seen untold things — babies ... I wish there was a simple solution," he said. 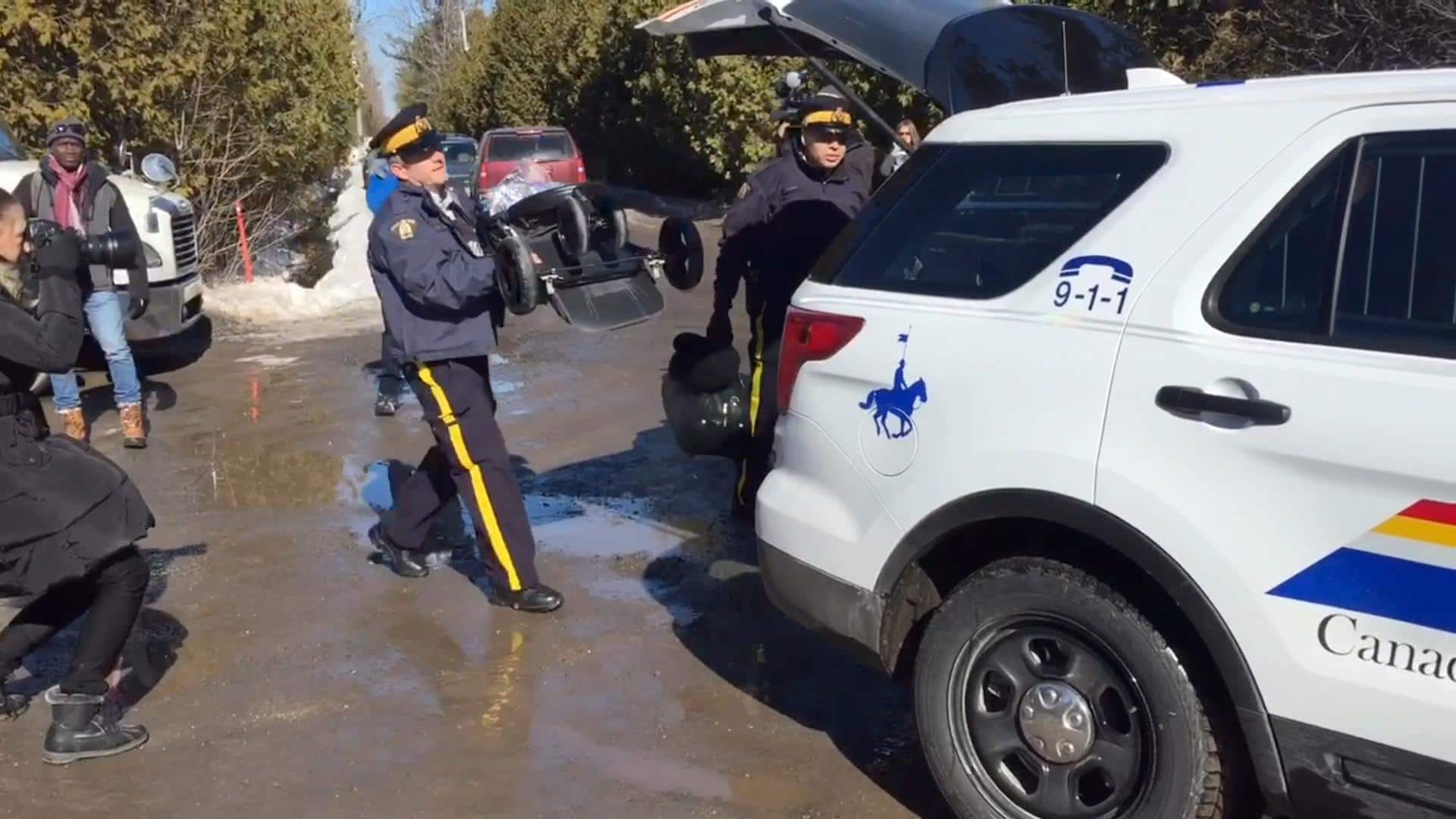 4 years ago
0:53
A family of asylum-seekers arrived at the Canada-U.S. border at Hemmingford, Que. just as reporters arrived for an RCMP media briefing. 0:53

Curtis shakes the hand of his Canadian counterpart for the cameras, careful not to step over the invisible line that divides them.

Only a half an hour earlier, a family with a baby crossed that line in the February sunshine.

Agents reassured the family members as they were taken into custody to head to a processing centre.

A Mountie loaded bags and a baby carriage into the back of a police vehicle before it drove off.

RCMP Staff Sgt. Brian Byrne, who works with the border integrity program, said it's moving to see what these families go through.

"Some of these people have long journeys. They look fairly tired. Usually [they're] not well dressed for the climate here."

Families such as the one that arrived on Monday morning are taken to a building near the official border crossing in Lacolle, seven kilometres away.

Inside they'll be interviewed, fingerprinted, asked to fill out some paperwork and then, more often than not, the new arrivals are released on a promise to appear at their refugee hearing.

Inland enforcement officer Dominique Fillion said there are three reasons they will detain people who have crossed illegally: If they don't have proper documentation and therefore can't be identified, if they are deemed to be a threat, or if there's reason to believe they won't show up for their hearing.

Otherwise, they're allowed to walk away after processing.

Border agents say refugees can stay with family or friends, or they're given a list of shelters where they can stay until their hearing date.