Quebec's top public health official said Monday that a second wave of COVID-19 infections is underway in the province, and joined authorities in Montreal and Quebec City in urging people to reduce social activities as much as possible in the weeks ahead.

Quebec's top public health official said Monday that a second wave of COVID-19 infections is underway, and joined authorities in Montreal and Quebec City in urging people to reduce their social activities as much as possible in the weeks ahead.

The province reported 586 new cases on Monday, the highest daily increase since late May, when the first wave of infections began to taper off.

"With today's numbers, I'm still very, very, very concerned about the situation, to the point that I consider that we are now at the start of the second wave," said provincial Public Health Director Dr. Horacio Arruda at a news conference in Quebec City.

Earlier on Monday, the government placed three regions in the province — Montreal, Quebec City, Chaudière-Appalaches — on the second-highest alert level. They are considered orange zones under a provincial colour scheme that classifies regions according to public health risk.

Private gatherings in the orange zones will now be restricted to a maximum of six people (with exceptions for large families). No more than 25 people are allowed to attend public gatherings such as weddings, barbecues or religious services. And bars won't be allowed to serve alcohol past 11 p.m.

But Arruda and other provincial officials also want residents in orange zones to go beyond these measures and limit their activities with friends and families.

"I think it's a collective effort that we have to do over the next two weeks to reduce our contacts," Montreal Public Health Director Mylène Drouin said Monday.

She said that extra effort is vital because so few people are co-operating with the city's contact tracing teams. That means public health officials have been unable to warn people to isolate themselves when they have been exposed to the virus.

Deputy Premier Geneviève Guilbault, who is also the minister responsible for the Quebec City area, issued a similar appeal to her constituents on Monday.

"Parties, family suppers, barbecues, all sorts of gatherings that aren't strictly necessary — please avoid them for a little while," Guilbault said.

Arruda described the province as being at a critical juncture. So far, cases aren't rising as rapidly as they did in the spring, when the daily average was regularly over 900 and hospital capacity was stretched to the limit. 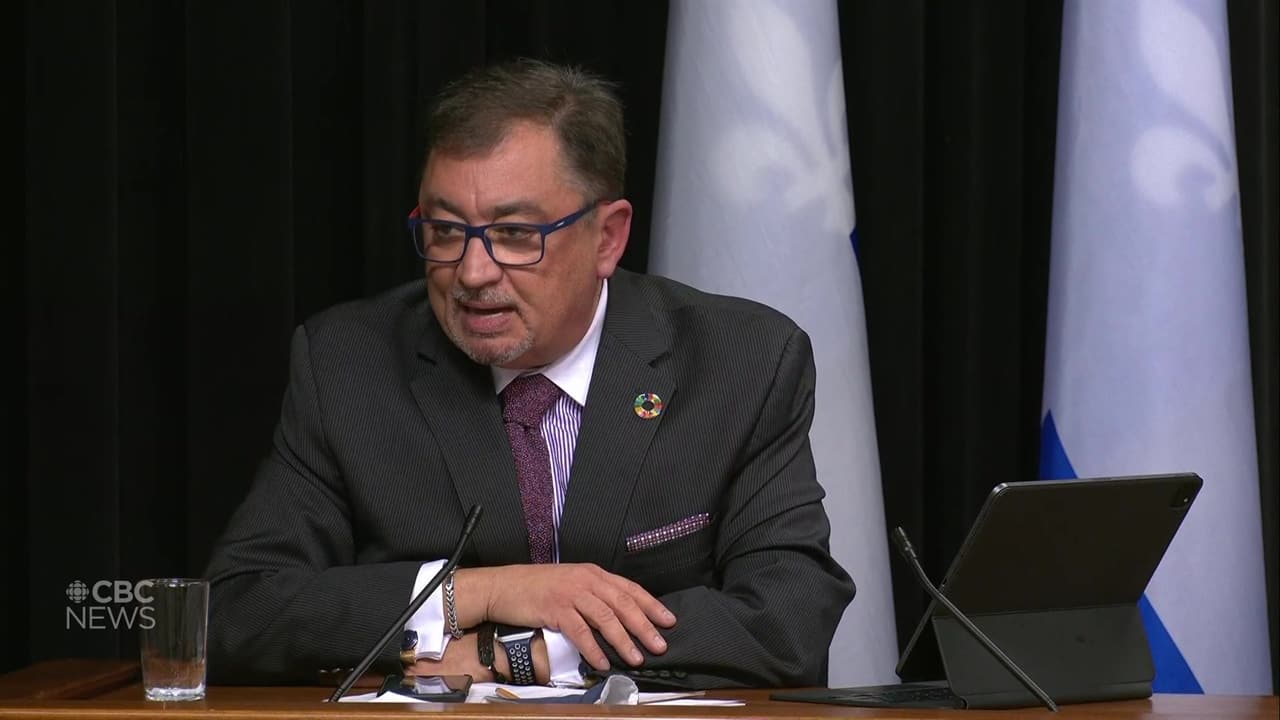 1 month ago
1:00
Public Health Director Dr. Horacio Arruda said on Monday that Quebec is already experiencing the beginning of the second wave of COVID-19. 1:00

But, Arruda added, if people's behaviour doesn't change soon, cases could increase even more rapidly than they did in the spring. That would once again bring widespread closures and restrictions.

"If we want to have a normal Christmas, people need to co-operate. It's important," he said.

Officials believe private gatherings, not bars, are source of infection

Quebec's rising case load has fuelled calls for the provincial government to impose even more drastic restrictions, such as shutting down bars entirely or requiring students to wear masks inside the classroom.

Officials, however, believe private gatherings are the main source behind the current wave of infections.

Over the weekend, police across Quebec visited more than 2,200 bars to ensure they were respecting public-health rules.

Officers handed out 90 written tickets and warnings during the operation.

"The vast majority of bar owners are respecting the rules, because they want to stay open," said Guilbault.

But Drouin, the Montreal public health director, cautioned that shutting down bars could actually worsen the public health situation.

"Montreal hasn't had any big outbreaks in bars, so we don't want to close that sector," she said. "Often, it has the reverse effect, displacing young people to indoor events that are even harder to control."

Hospitals in Montreal, and around the province, have yet to see a significant influx of patients. There are currently 148 hospitalized COVID-19 patients in Quebec, up from 133 a week ago.

Drouin said that is likely due to the fact that a large percentage of new cases in the city are people between the ages of 18 and 34, an age group that is generally less likely to develop complications from the disease.

But they nevertheless pose a threat to the health-care system, she said, because of where they might spread the virus.

"These youths work," Drouin said. "They are the ones who bring the virus into a workplace, into elder homes, into schools or day cares."

With files from Franca Georgia Mignacca