Quebec should have done more, sooner in schools to stave off 2nd wave, experts say

Quebec's second wave of COVID-19 cases was likely worsened by the government's failure to implement key infection-control measures before schools reopened this fall, according to leading medical experts.

A month after school started, cases were surging. Did the province do enough?

Quebec's second wave of COVID-19 cases was likely worsened by the government's failure to implement key infection-control measures before schools reopened this fall, according to leading medical experts.

Infection rates rose sharply in Quebec not long after students returned to class in late August, ultimately forcing Premier François Legault to place most of the province under partial lockdown.

Dr. Earl Rubin, director of pediatric infectious diseases at the Montreal Children's Hospital, said schools clearly played a role in the resurgence of the virus in September.

CBC News spoke to two other experts who also linked the reopening of schools to the September spike.

Rubin said the failure to make masks compulsory in the classroom from the start of the school year contributed to the spread of the virus.

"I do believe that better intervention earlier should have been put in place. I've gone on record to say that at the beginning," said Rubin.

"Why the ministry was against mandating masks is beyond me and then they changed that. For me, I would have said: 'Start strong early, and then lighten up if things are going well.'"

As part of its back-to-school plan announced in August, students in Grade 5 and up were required to wear a mask in hallways, school buses and other common areas — but not in the classroom.

The province finally made them mandatory in high school classrooms as part of red-zone restrictions in early October.

Rubin said the province also didn't do enough to ensure distancing and proper ventilation in classrooms.

In a questionnaire completed by 1,577 Quebec teachers last month, only around 20 per cent said they were regularly able to keep the mandated two-metre distance from their students.

Hundreds of teachers provided written statements to CBC Montreal describing cramped classrooms; a majority said their students sat less than a metre apart from each other.

They also expressed widespread concern about ventilation and many said they had opened the windows in the classrooms, but worried that will be impractical when winter arrives.

The partial lockdowns in Quebec's red zones helped to slow the rapid increase in infections. But for weeks the province has averaged roughly 1,000 new cases a day, a figure that has stubbornly refused to decrease.

In an effort to nudge infection rates downward, the government announced Grade 9 students will be taught remotely every second day, a measure that already applies to students in Grades 10 and 11.

Rubin said the setup hasn't helped with distancing, since the full class comes in on the same days due to a teacher shortage.

"It would make more sense to me that, if we are going to do that, there would be less numbers in the class so we could have the distancing with the masks," he said.

"We want to set ourselves up for success. I think the goal here is that kids can go to school so parents can go to work and the economy can stay open and life can be as open as possible." 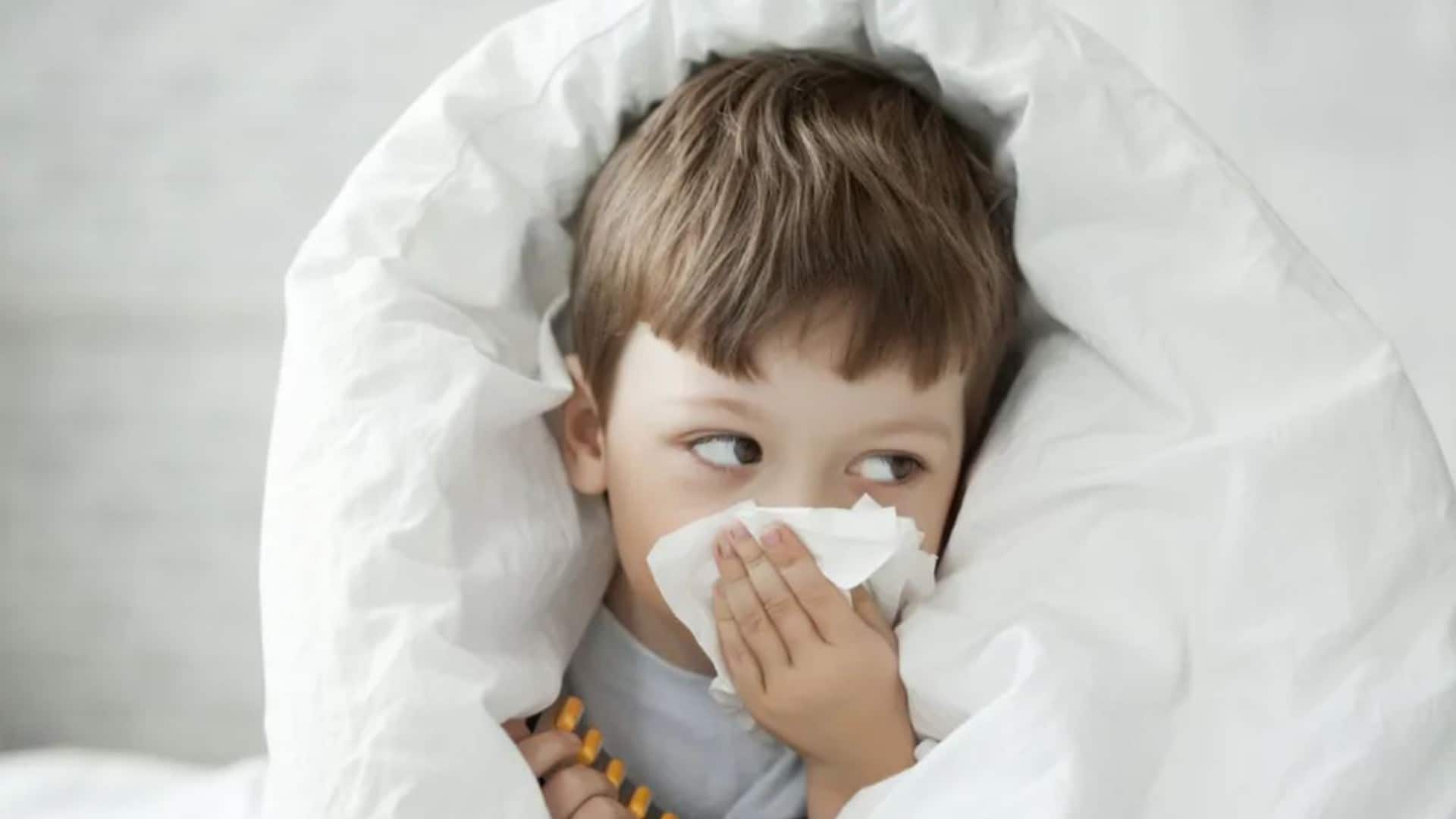 Why are kids still catching colds during the pandemic?

1 month agoVideo
3:29
When people are separated, it's harder for viruses to transmit from one person to another. But they never actually go away. 3:29

Dr. Horacio Arruda, the province's public health director, maintains schools are not the main cause of the high rate of new cases. Rather, he says, the cases in schools are a reflection of the transmission in the community.

"We knew that we would have some outbreaks. But it's not only schools. There are outbreaks in schools, but not big ones," Arruda said in an interview last week.

"There are outbreaks in different settings like workplaces or in sports teams or in bars. Schools are a part of it but they are not the principal drivers."

Montreal Public Health Director Dr. Mylène Drouin, however, has warned that schools remain a problem, saying last week they account for most of the city's outbreaks.

According to government figures, schools account for 27 per cent of the province's current outbreaks, while workplaces account for nearly half.

On Thursday, Health Minister Christian Dubé acknowledged the province's contact tracing effort was still insufficient, as he has done several times in the past.

Benoît Mâsse, a professor of public health at the University of Montreal, said the government should have used the summer lull in infections to bolster its contact-tracing capacity.

Mâsse says, given the correlation between increased contact and infection rates, it was to be expected that reopening schools would increase transmission of the virus, even with precautions in place.

"It's really hard to control everything that happens inside and outside of a school," he said.

Added resources for contact tracing would have helped compensate for the uneven obedience of public health rules at school, allowing officials to break transmission chains more quickly, he says.

"We knew the importance of contact tracing beforehand," he said. "If we could have changed something this fall, in my opinion, it would been to have more contact-tracing resources in place."

Dr. Karl Weiss, who heads the infectious diseases department at Montreal's Jewish General Hospital, anticipates it will take until December to bring the virus back under control.

He said the province's second wave began, not surprisingly, with the beginning of school, just as traditional cold and flu season begins.

"For respiratory viruses, school is the start of the season," he said. The greatest concern, he said, is that it ends up being transmitted from children to parents who work in the health-care sector, and to more vulnerable members of the population."

Colin Furness, an infection control epidemiologist with the University of Toronto, said Ontario's requirement for students Grade 4 and older to wear masks has helped.

But he says the role of schools in the spread of COVID-19 is difficult to measure, given that studies suggest children are more likely to be asymptomatic and less likely to spread the virus if they get it.

"It's incredibly, incredibly complicated," he said, citing the success of Denmark, where classes have resumed, and, by contrast, the explosion of cases in Israel after schools opened.

"We can look at that and speculate but it's always an apples to oranges comparison."

While he doesn't believe schools are a primary driver, he said reduced class sizes and improved ventilation would help, particularly during the winter months.

"We are grotesquely underestimating the effect of winter weather on the virus's ability to spread," he said. 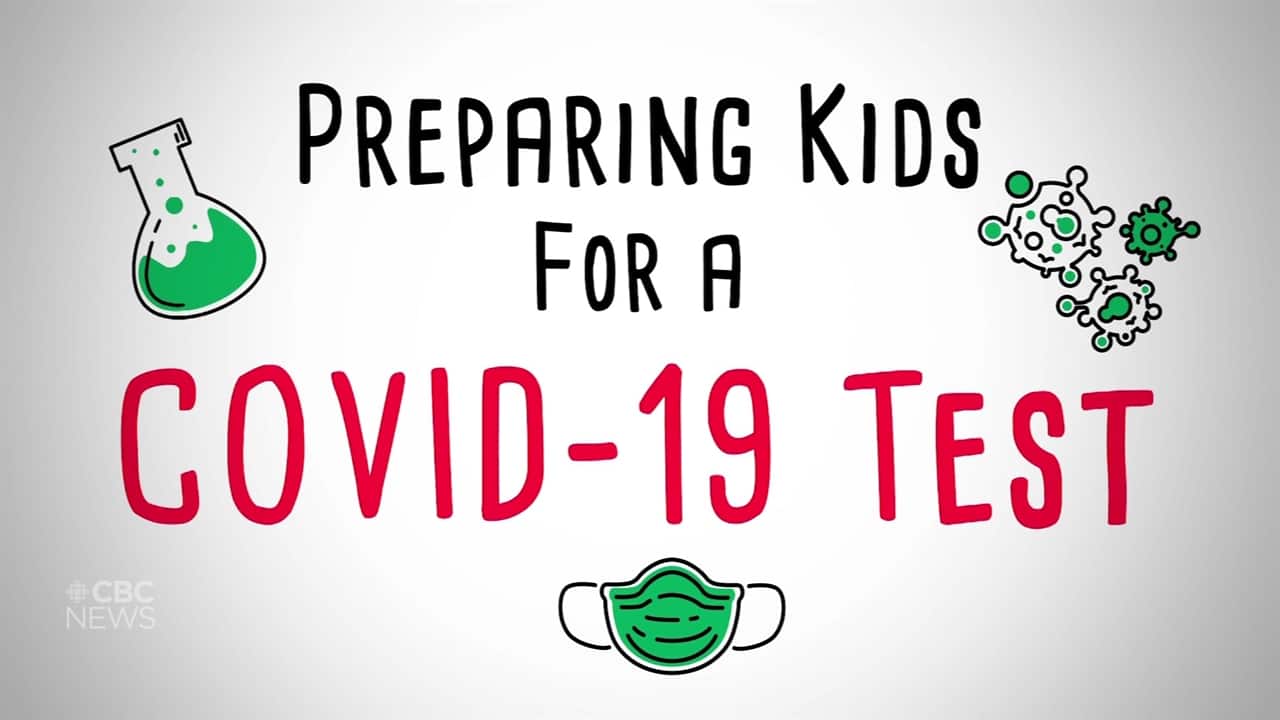 2 months agoVideo
2:26
It's slightly...uncomfortable, but nothing to be afraid of, the head of the Emergency department at the Montreal Children's Hospital assures. 2:26

With files from Jonathan Montpetit