Systematic testing could help pinpoint hot spots in places such as schools or workplaces, especially after the Christmas break, when many people will perhaps have ignored the pleas to avoid gathering.

As Quebec vaccinates the first round of patients at long-term care homes, experts say a major increase in testing is needed to bring the pandemic under control.

Large swaths of the province, stretching from the Eastern Townships up to the Saguenay region, are still under red zone restrictions. Over the past week, the number of confirmed cases has surged over 1,500 a day, putting intense pressure on hospitals.

Despite the euphoria over inoculation, Quebecers probably have a long winter ahead of them before the vaccine reaches enough people to make an impact, said Dr. Richard Menzies, an epidemiologist at McGill University in Montreal.

"So it's all the more important to ramp up testing, control (and) strict isolation of those who are positive," Menzies told CBC Montreal's Daybreak.

To do that will require a shift in Quebec's strategy.

On average, the province performs about 35,000 COVID-19 tests a day, but Menzies doesn't think that's enough.

The positivity rate is hovering around five or six per cent, which suggests community transmission is outpacing the number of people being tested.

"You're still not capturing everybody," he said.

Systematic testing could help pinpoint hot spots in places such as schools or workplaces, especially after the Christmas break, when many people will perhaps have ignored the pleas to avoid gatherings.

Students in several schools or classrooms could be tested to give public health officials a more accurate snapshot of how many are pre-symptomatic or asymptomatic, Menzies said.

A similar approach could be used with essential workers outside of the health care sector.

"Maybe this will help us to judge where the vaccine should be given after the highest priority groups are vaccinated," said Menzies.

If all goes as planned, people living in CHSLDs and private seniors' residences should be vaccinated by the end of March.

Until then, keeping the virus out of long-term care facilities is a major preoccupation for Dr. Leighanne Parkes.

"I have dreamed about having access to rapid tests within our facilities," said Parkes, an infectious diseases specialist and microbiologist at Montreal's Jewish General Hospital.

Generally, residents and staff are tested only if they show symptoms.

Once the virus is detected, it's usually the tip of the "Titanic-sinking iceberg," said Parkes, as transmission has likely gone on for days, if not weeks.

The majority of COVID-19 testing happening in Canada looks for traces of the virus's genetic material on a sample, usually collected through a nose or throat swab.

By the time the test is administered and the samples are sent off to the lab, at least a day is lost waiting for results, cutting into an important window of opportunity to stop transmission, said Parkes.

Rapid tests can produce results in as little as 15 minutes and don't need a lab for processing. 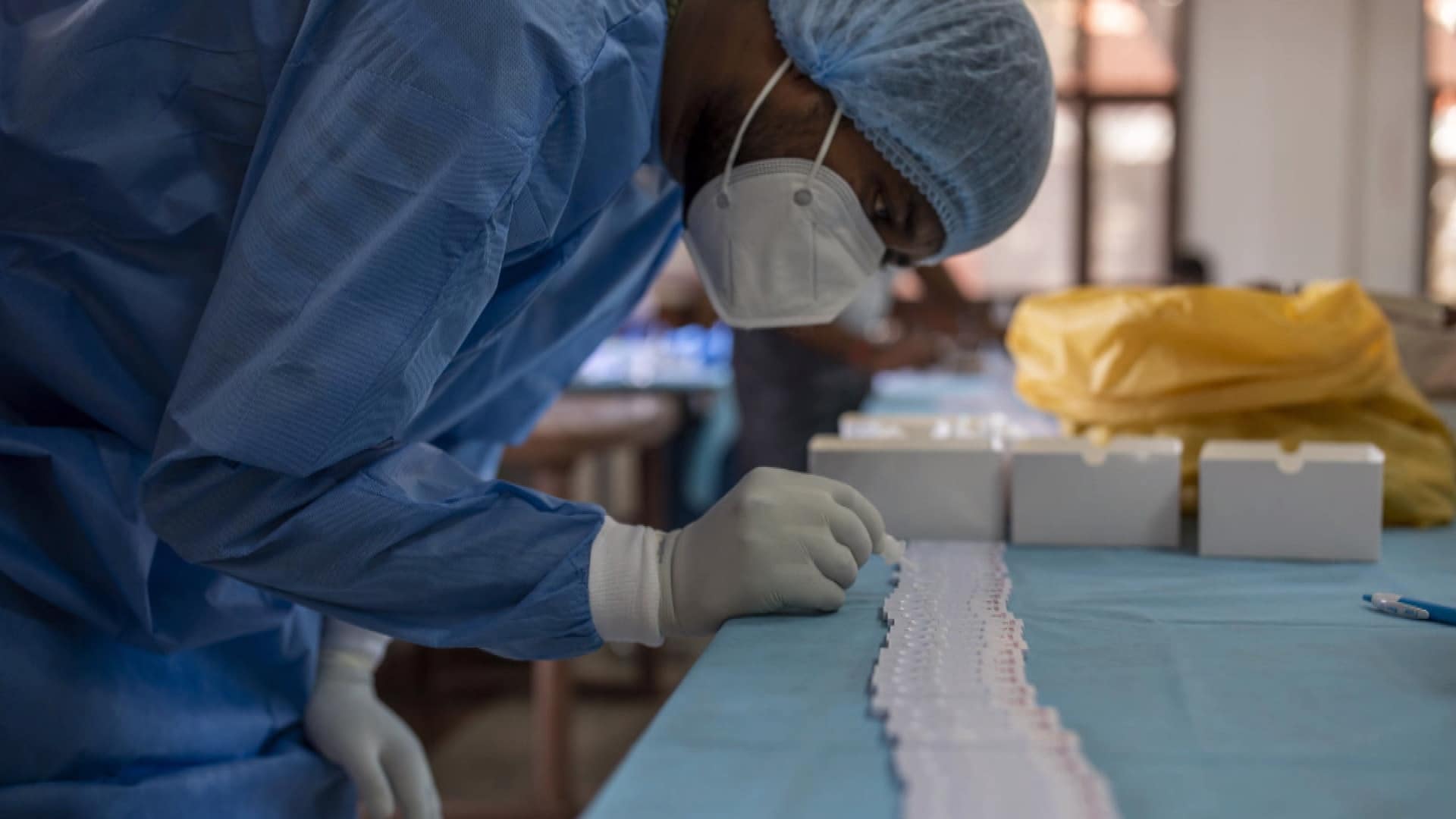 5 months ago
3:51
David Juncker explains how the rapid antigen test, newly approved by Health Canada, can help detect the risk of active transmission. 3:51

Although there's concern about the test's lower sensitivity and the risk of false negatives, it could help root out who is contagious or who has a high viral load more quickly, she said.

This is especially important during the second wave, as many people exhibit a milder form of the illness that may be brushed off as a cold or a case of the sniffles due to the change in weather.

"It can help us be a little bit ahead of the curve," said Parkes. "We can then perform contact tracing faster and we can isolate them faster."

Last Saturday, the province hit an alarming record of 1,924 cases in a single day.

As Quebecers impatiently wait for large-scale vaccination, Zinszer is worried about COVID fatigue.

"I'm worried about people just throwing in the towel and just thinking about this vaccine that's coming so our numbers will continue to rise," she said.

If the province wants to avoid stricter lockdowns, now is the time to expand rapid testing, she says.

Public health officials are collecting that data through contact tracing, and Zinszer says it should be used as a guide to help the province target settings where transmission is still problematic.

Preventive measures must be maintained

According to the World Health Organization, at least 70 per cent of the population needs to get the coronavirus vaccine in order to end the pandemic.

Until then, preventive measures such as social distancing, masks and limiting contacts outside of your household will be necessary, said Dr. David Buckeridge, an epidemiologist at McGill University.

The vaccine should protect people from getting sick, but it's still unclear if it stops the spread of the virus.

"It's not a silver bullet," said Buckeridge. "We've got to hunker down for at least a few more months here to kind of get through this."

He said a combination of clinical lab tests and more systematic surveillance through rapid testing will be needed to bring the numbers under control.

Quebec's Health Ministry confirmed it has received two types of rapid screening tests from Abbott Laboratories: the ID NOW and the PANBIO.

Due to the test's lower sensitivity, the rollout must be carried out in a "very supervised and coordinated manner," said Marie-Hélène Émond, a spokesperson for the ministry.

Thousands of rapid testing kits were sent to the Saguenay–Lac-Saint-Jean region, which has struggled to contain the virus. Public health officials will gradually begin using the tests as part of their screening effort this week.

Rapid tests are also being used on a trial basis in three hospitals: the Saint-Eustache hospital, Pierre-Le Gardeur in Terrebonne and Maisonneuve-Rosemont hospital in Montreal.

Deployment on a wider scale will be determined by a committee of experts, said Émond. The scenarios being considered for access to rapid tests include: remote areas, health workers, screening clinics, CHSLDs and school environments.

A distribution date has not yet been determined, she said.