Quebec's aggressive courtship of digital industries has gained it an international reputation for multimedia works and made Montreal a hotbed for innovative thinkers. 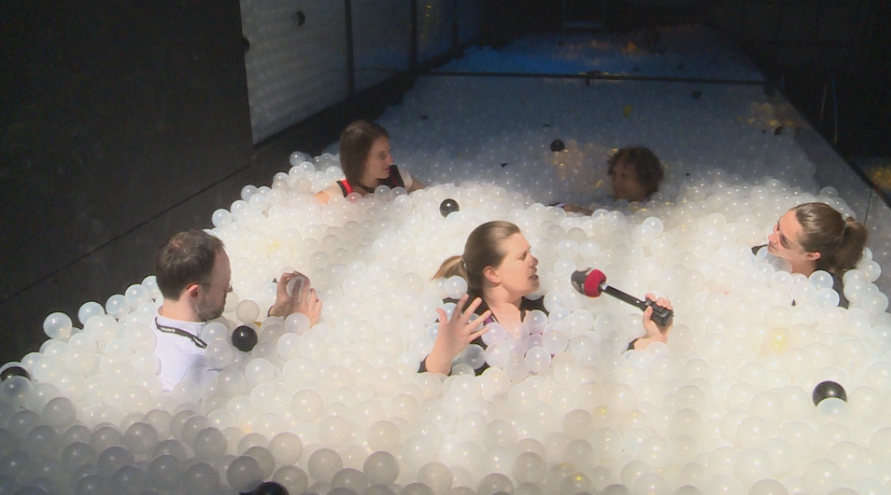 Watch what C2 Montreal's participants had to say to reporter Ainslie MacLellan about the conference.

Quebec's aggressive courtship of digital industries has gained it an international reputation for multimedia works and made Montreal a hotbed for innovative thinkers.

The commerce and creativity conference, C2 Montreal, brought 5,000 innovators together from around the world last week to share ideas and expand their knowledge base.

Montreal's creative pedigree makes it a perfect host city for global innovators to share their dream-like visions of future products.

"Of course we have Cirque du Soleil, renowned the world over, and gaming developers, but what we don't realize is that this DNA is exceptional," Richard St-Pierre, president of C2 Montreal told CBC reporter Ainslie MacLellan.

Jean-Constant Guigue, an entrepreneur from France attending the conference, said Montreal is the land of opportunity and cheaper than starting a business in the U.S.

"The people recognize if you do something well and you just grow really quickly," Guigue said.

Lecturer Fionn Dobbin from the Stockholm School of Economics in Riga said he wanted to attend the conference because it reflects his teaching style.

"It works on creative confidence, collaboration and on the playful mind," he said.

Quebec has been dishing out incentives to the province's multimedia industries for years.

It has helped make Montreal the world's fifth-largest video game centre, according to Invest Quebec.

Some measures the province has taken include offering multimedia companies a tax credit which covers up to 37.5 per cent of labour costs.

Mile End's Ubisoft boasts the blockbuster video game franchise Assassin's Creed as one of its creations. It is currently being turned into a film starring Michael Fassbender set for a Dec. 2016 release.

Brass knuckles vs. cane-sword, who wins? You decide! <a href="https://t.co/bNtddcQDS9">pic.twitter.com/bNtddcQDS9</a>

Game of Thrones fans can thank local visual effects company Rodeo FX for bringing the show's city of Meereen to life, along with a virtual army.

And Montreal's Moment Factory brought a much buzzed about interactive and multimedia experience to Madonna's Super Bowl XLVI halftime show.

with files from Ainslie MacLellan