A video by one of Quebec's main labour federations that was called racist and offensive will have the offending content edited out, the CSN says. 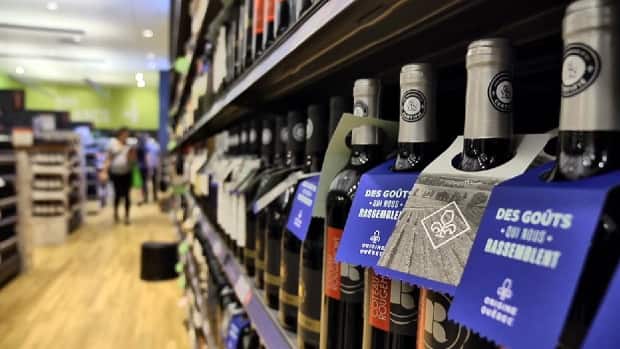 6 years agoVideo
2:09
An online video made by the SAQ union, the CSN, infers Indian and Pakistani people don't know anything about wine. 2:09

A video by one of Quebec's main labour federations that was called racist and offensive will have the offending content edited out, the CSN said Wednesday.

The video in question is a 14-minute production meant to promote Quebec's government-run system of wine and liquor stores — the SAQ.

Reds and whites in the land of black gold (Rouges et blancs au pays de l'or noir), which was shot in Alberta, also warns about the privatization of liquor stores.

The impact of the video will not be appreciated, particularly by people of Pakistani and Indian background- Fo Niemi, Centre for Research Action on Race Relations

In the video, random French-speaking Albertans are asked what they think of the service in their liquor stores.

"It's often the people from Pakistan or India who know nothing about wine and who don't even drink wine, selling the wine," said one man.

Many people online are suggesting this approach to promoting the SAQ stores is racist.

The CSN union-federation apologized and said it had no intention of hurting anyone's feelings.

"The impact of the video will not be appreciated, particularly by people of Pakistani and Indian background," said Fo Niemi of Montreal's Centre for Research Action on Race Relations.

Ed Fong, managing partner of deVine Wines and Spirits in Edmonton, said he was shocked by the video.

“My reaction was, wow, what an unfortunate, narrow-minded comment to make in today’s day and age. I was disappointed and flabbergasted at the same time,” Fong said.

He said the CSN should not be surprised about the backlash it's getting following the publication of the video.

"When comments like that are put on the air, there’s going to be some backlash," Fong said. "If they would spend some time in Alberta and talk to some of the leaders in the industry here, who happen to be Pakistani or of South-Asian descent, they would realize that that comment is totally out of line and unfair."

CBC reporter Thomas Daigle went to a busy SAQ in downtown Montreal to ask liquor store patrons what they thought of the ad.

"Very. Very offensive. Any comments like I find extremely offensive. It has nothing to do with their ethnic origin whether they’re capable or not," said one woman.

The union representing SAQ workers says its intentions were not to offend.

"The global goal was to show that you cannot get advice on wine and you cannot really ask for wine pairing with food," said union president Alexandre Joly.

He says the video simply wanted to show that service in Alberta stores is often not up to standard, regardless of the origin of the clerk.

Joly says he will ensure that any offensive comments in the video will be removed.