Getting foreign students, temporary workers to stay in Quebec is key to new 5-year plan 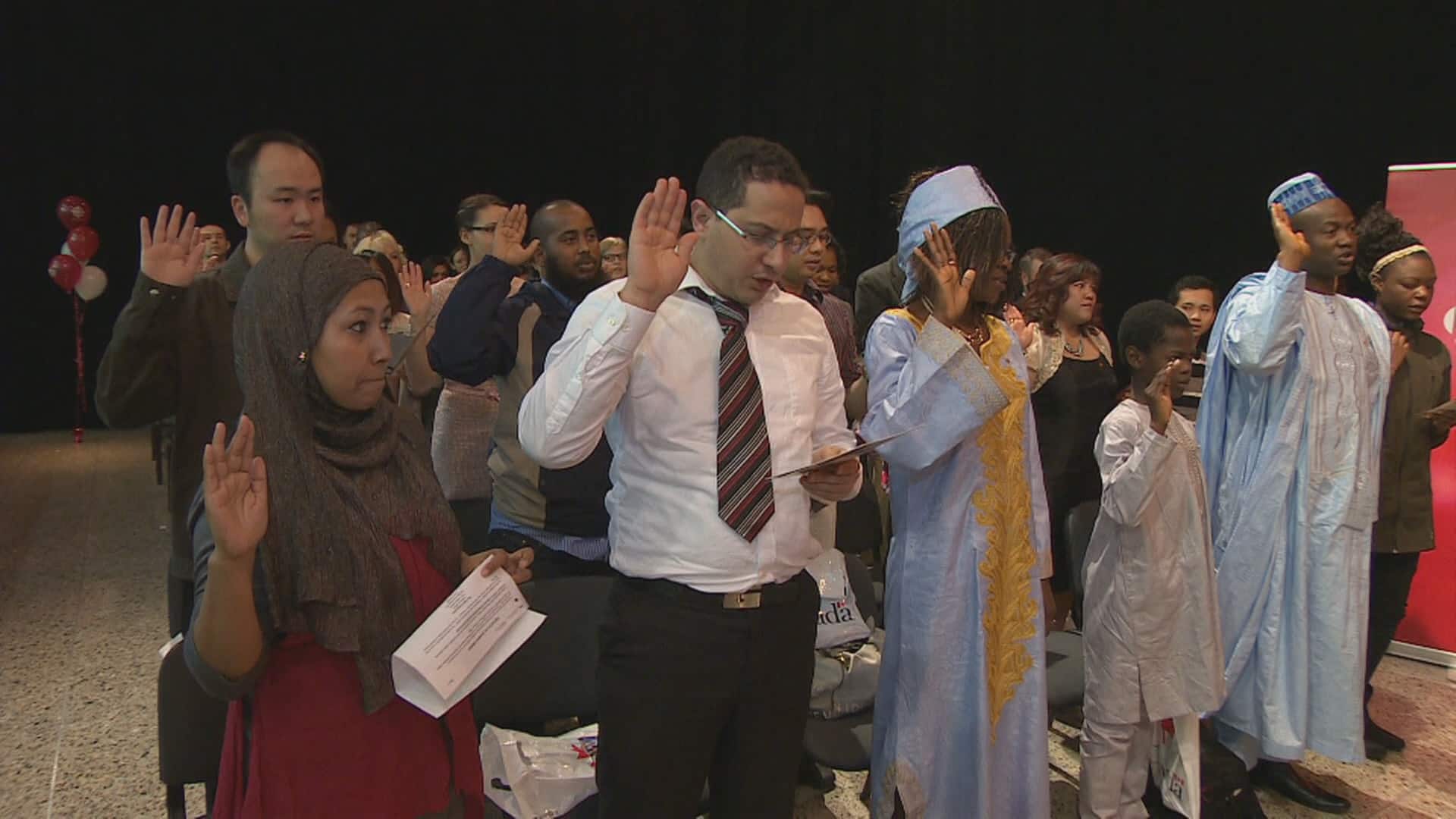 5 years agoVideo
2:16
The province is taking a long-term approach to keeping the best and brightest 2:16

Weil said this new plan, called Together, We Are Quebec, will take into account changing labour trends and streamline the immigration process.

Another key aim of the plan is to retain immigrants who are here on temporary visas as students or temporary workers.

Weil said Quebec must do better to not lose top talent to other countries.

"People have a lot of choices right now," Weil said. "Many European countries and the U.S. are interesting [places] to potential immigrants and we want to do as well, or better, than our competitors."

Weil said the current immigration system can take up to four years for a person to be approved to immigrate to Quebec.

"By the time [immigrants] get here, the labour market has changed."

The process will be sped up by using digital technology in the immigration process.

Individuals trained in job sectors that are in high-demand will be targeted for immigration first.

When asked about what can be done for highly-trained workers like doctors and engineers to get their qualification recognized, Weil said the government and employers will have to step up.

"It's our objective to do much better.[…] We seek to have their qualification partially or fully recognized before they get here. We need to solve these problems. We have to mobilize all the players."

Learning French is seen as integral to having the program work.

"We need to be more flexible to open more French courses. We are going to offer it to foreign students and temporary workers. […] It's the first sense of insecurity new immigrants have."

"Everyone is after them. We are the second largest university city in North America. These people are well-integrated, they have a degree, they bring incredible diversity."

Temporary workers are also seen as being well-integrated and valuable to Quebec.

Weil said retention of foreign workers is going well at about 20 to 30 per cent. But that this number still lags far behind places like New Zealand where retention is close to 90 per cent.

The new policy is accompanied by a five-year action strategy from 2016-2021.

Weil said the integration of Syrian refugees has gone very well in Quebec, partly because of the government's partnership with community organizations that help guide the new arrivals.

"We never lived what Vancouver, Ottawa, and Toronto lived because in Quebec, the province is responsible for settling refugees."

Weil said finding apartments and language courses for these refugees has gone smoothly.