Home-care operators say Quebec's attempt to recruit more patient care attendants to work in chronically short-staffed long-term care institutions has led to an exodus of staff, making it difficult to meet the needs of their elderly and vulnerable clients who still live at home.

Home-care operators say Quebec's attempt to recruit more patient-care attendants to work in chronically short-staffed long-term care institutions has led to an exodus of staff, making it difficult to meet the needs of elderly and vulnerable clients who still live at home.

"Pre-COVID, we used to be able to help 12,000 people on the island of Montreal. In COVID, all of us together, I don't even think we're going to reach 750 by the end of this month," said Judy Bambach, the general manager of Répit-Ressource de l'Est de Montréal.

Répit-Ressource is one of nine non-profit agencies on the island of Montreal known as an EÉSAD, for Entreprise d'économie sociale en aide à domicile, which specialize in home care.

Répit-Ressource used to have 140 employees who provide housekeeping, meal preparation and grocery shopping, as well as more specialized services for people who need help to wash or get dressed.

Bambach lost many of them near the beginning of the pandemic when the federal government offered the Canada Emergency Response Benefit, a taxable benefit of $2,000 a month paid to eligible workers who have lost their income because of COVID-19.

Many of Répit-Ressource's employees who had been temporarily laid off made more money staying at home, and it was hard to bring them back for a variety of reasons, including being sick or vulnerable to COVID-19.

The second hit came when the province boosted the salaries of patient-care attendants — known in French as préposés aux bénéficiaires, or PABs — to entice people to stay on the job or return to work.

It also aggressively recruited 10,000 new PABs, paying $21 hourly to train them over the summer, in time for the possible arrival of a second wave of the virus in the fall.

Once those new patient-care attendants start working, they'll earn $26 an hour — a huge increase over the $13 to $15 an hour home-care attendants typically get, said Bambach.

So it was not surprising when some of her staff quit to go work in a long-term care institution, known in French as a CHSLD. She's now down to a staff of 30, most of them part-time.

Bambach has a waiting list of people who want home-care services, but her depleted roster means she can only focus on the most vulnerable.

Unless the government helps level the playing field so the home-care sector can compete with the CHSLD system, Bambach fears it will create another crisis for people who rely on home care to maintain a degree of autonomy.

"That's stressing them out a lot, and we can hear that in their voices when they call us."

Steeve Desaulniers saw a big change in the services he received when the pandemic began.

The community health and social services clinic, or CLSC, that determines what services clients receive cancelled his housekeeper who came bi-weekly. It considered the work non-essential.

"I am sorry, but it is essential," said Desaulniers, who is in a wheelchair and needs help to clean his apartment because of complications from cerebral palsy and multiple sclerosis.

Desaulniers also lost the attendant who usually helped him in the evenings after she was temporarily reassigned to care for COVID-19 patients.

She was replaced, but Desaulniers said the replacement workers didn't know him and often had little to no training. Sometimes they would show up at 8 p.m., when he normally goes to bed at 10 p.m.

"I am 43. I'm not five years old," said Desaulniers, who has lived in an adapted apartment co-op in Montreal's Rosemont neighbourhood since 2004.

While Desaulniers understands the government had to act on chronic staff shortages in long-term care residences, he's scared it will siphon off the most qualified home-care workers.

"If I lose them, I lose a big part of my autonomy," said Desaulniers. "I just hope I won't end up in a CHSLD, because I don't belong there."

Higher salaries deserved, but at what cost to users?

Lucie Dalpé has worked as a part-time personal care attendant for Répit-Ressource for 17 years.

She loves her job and considers her clients, who are between the ages of 70 and 90, like family.

Pre-COVID, Dalpé helped clean, do laundry, pick up groceries and occasionally take them to doctor's appointments. Some of her clients have Alzheimer's disease or mental health issues, which makes her visits all the more important, as many don't have relatives or friends to check in on them.

She prefers providing this type of personalized care and doesn't want to work in a CHSLD, but she believes her work deserves more than the $14.30 an hour she earns.

"When you are travelling in the winter, and there's freezing rain and it's very cold, we have to go to each house, and it's difficult for us," said Dalpé. "We work hard. It's very physical."

The province has offered an eight-per-cent increase as an incentive for home-care workers to stay in their jobs. For most, that works out to about a dollar an hour extra.

To help compete with the CHSLDs, Répit-Ressource has raised the salaries of its full-time workers. But it's had to bump up the prices it charges to clients by five dollars an hour to pay for it.

Dalpé said a raise will help bring some workers back, but she's worried people on a fixed income who need Répit-Ressource's services will be squeezed out.

"It will be too much for them," said Dalpé. "They will maybe cancel, but they need us." 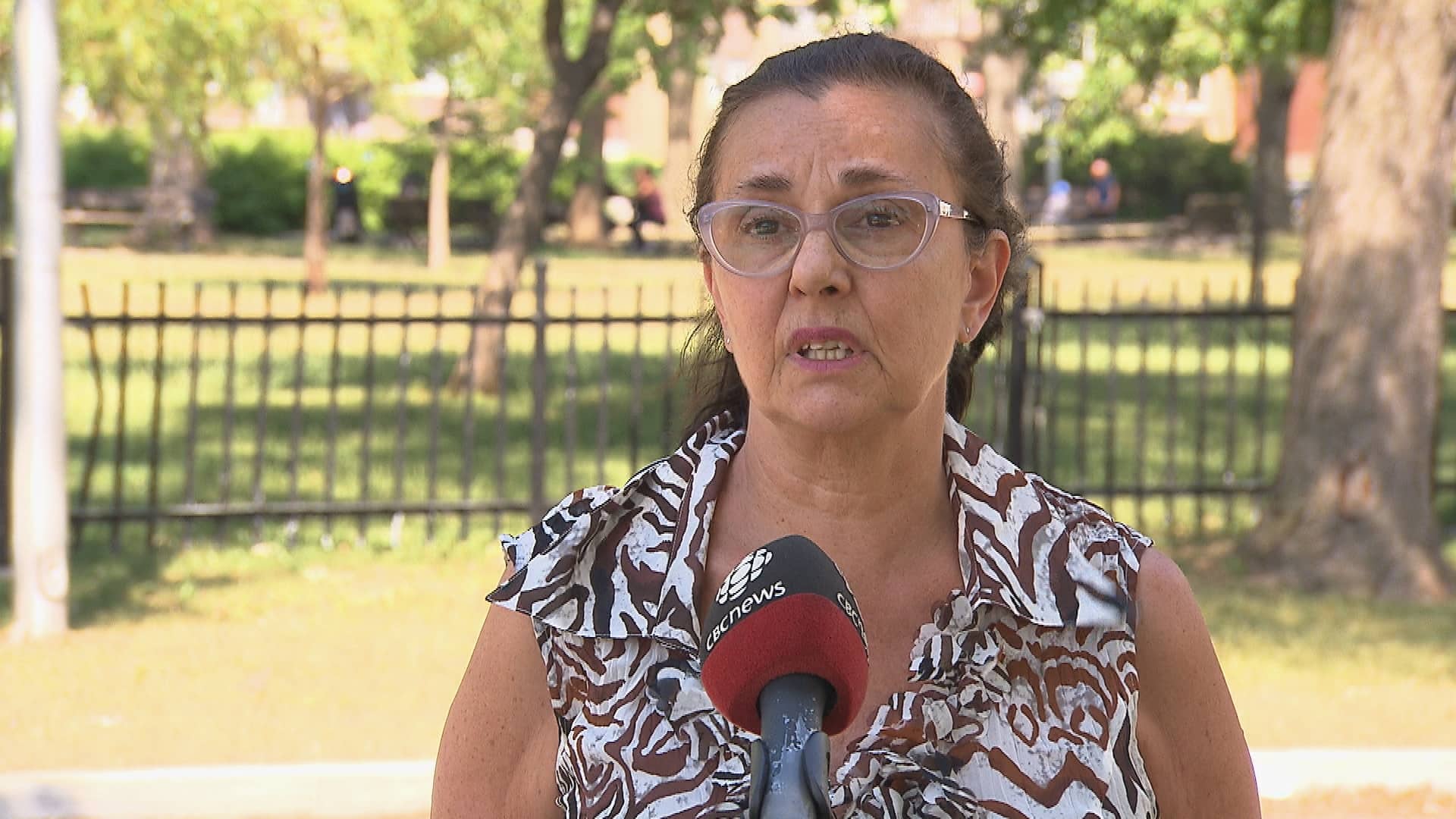 7 months agoVideo
1:55
'They are my family. They are my grandmother, they are my aunt,' says Lucie Dalpé, but she's worried about the exodus of workers to long-term care homes. 1:55

Inequity will create a ripple effect

Beth Cytryn is afraid this imbalance will lead to a system where only the wealthy are able to afford home care.

"The average person that was able to afford 10 hours, 12 hours, 14 hours a week to give themselves a little security in their home will no longer be able to afford home care," said Cytryn.

She owns and operates BethCare Senior Services, a private company, which offers home care and caregiving for the elderly. Families typically hire a caregiver for a certain number of hours per week to help their loved one at home or provide extra care in a CHSLD.

To hold onto her remaining caregivers, Cytryn, too, had to give them a raise, charging it back to clients.

So far, the government has not offered a subsidy to help users cover the difference, which is unfortunate, said Cytryn.

The goal of home care is to keep seniors out of long-term care facilities. The more secure and confident they feel in their home, the less likely it is they will have an accident, said Cytryn.

Hope for a holistic approach

Now that the immediate crisis in the CHSLDs that came with the first wave of COVID-19 is nearly dealt with, Cytryn hopes the government will start looking at the system more holistically.

"You are always going to have the individuals that need full care, but the goal is not to let them get there."

In an emailed statement, the Ministry of Health said home care is a priority.

"Supporting the independence of the elderly is complex and one solution doesn't address the needs of everyone," said Marie-Louise Harvey, a ministry spokesperson.

Last fall, it invested an additional $280 million in home-care services — enough to provide 1.5 million additional hours of support, she said. An additional $100 million was set aside for the coming fiscal year.