CBC News spoke with a dozen families who have temporarily separated during the pandemic, and all of them either moved in with extended family, moved to their chalets or are paying for an apartment out of their own pockets.

'I would say it was hard, coming to that decision,' said wife of ICU doctor who left with their sons

The question percolated in Kristy Findlay's mind for about two weeks.

Was she unwittingly transmitting COVID-19 to her neighbours when she visited grocery stores and pharmacies?

Her husband, Matt Weiss, works as a physician in the pediatric unit of a Quebec City hospital. They have always been conscientious about germs: even before COVID-19 existed, they had a protocol in place to make sure everyone in the home was washing their hands.

But as things ramped up, she and her husband began thinking about it more. Had he transmitted the coronavirus to her through his work, and if so, was she giving it to people in her community?

"We see that this is something that is far more contagious than anything else that we've ever encountered," she said. "We really don't want to be the ones who pass it on."

On Monday, she and her husband made the decision that she and her two sons would move to their chalet in Val David, Que., while Weiss stays in the family home.

"I would say it was hard, coming to that decision," Findlay said.

"Matt and I had talked about it in the past — what would happen if something occurred and we needed to separate? For us, it wasn't necessarily a new topic, but for it to be the actual reality was something else."

She spent the day cooking — so Weiss could have home-cooked meals while they were gone — then loaded up the boys and the dog in their vehicle, not knowing when she'd be able to return.

Their boys feel Weiss's absence. On Tuesday night, they were choosing a movie. They've been working their way through the Lord of the Rings trilogy. The boys said they didn't want to watch the third movie without their dad, so they rewatched Harry Potter instead.

Findlay is now balancing being a full-time caregiver and working as a speech language pathologist from the chalet.

"I think the hardest part is that there's no end point. We don't know if it's weeks or months," Findlay said.

CBC News spoke with a dozen families who have temporarily separated during the pandemic, and all of them either moved in with extended family, moved to their chalets or are paying for an apartment out of their own pockets.

Health-care workers have not been told to live separately from their families by their professional orders. So far, it's been voluntary.

Quebec's Health Ministry has announced that some rooms in hotels could be freed up for health-care professionals who need to isolate themselves from their families.

A spokesperson for the ministry said in a statement that those hotel rooms are mostly intended to free up hospital beds, but in some cases, rooms could be used to house health-care workers, "in particular if they're residing with a vulnerable relative, or when a professional travels to a region to provide specialized care.

The number of hotel rooms offered to medical staff will vary from region to region.

Hugh McGuire says he's "obsessed" with the news and figures coming from places like Italy and Spain, keeping a particular watch on the number of health-care workers infected.

His wife, Christine Meyers, is an emergency physician at the Royal Victoria Hospital.

He said the high number of medical staff getting sick, both in Quebec and abroad, influenced his family's decision.

They're also concerned about news that the province only has a couple days' supply of protective gear remaining, and that medical staff have been told they may have to reuse N95 masks — an unprecedented measure.

"If you go into a certain profession — the army, firefighters — there's a certain risk that you and your family know is part of the job," he said.

"That certainly wasn't in my calculations with a wife in emergency medicine."

On Monday, he and his two daughters — aged seven and nine — had lunch with Meyers, then they packed up and moved into McGuire's mother's apartment, leaving his wife alone in the family home.

"There was an awful lot of crying on the first day," McGuire said.

"There's the practical stress of having to turn your life upside down. But the more stressful thing is the reason, which is that everyone in the medical profession right now has a real risk of getting infected."

His sister also moved in to help him with child care as he works from home. The space is comfortable, and the girls have begun to adapt, he says.

They're still able to go on walks with Meyers, but do so at a distance. They go on, not knowing when they'll be able to hug their wife and mother again. 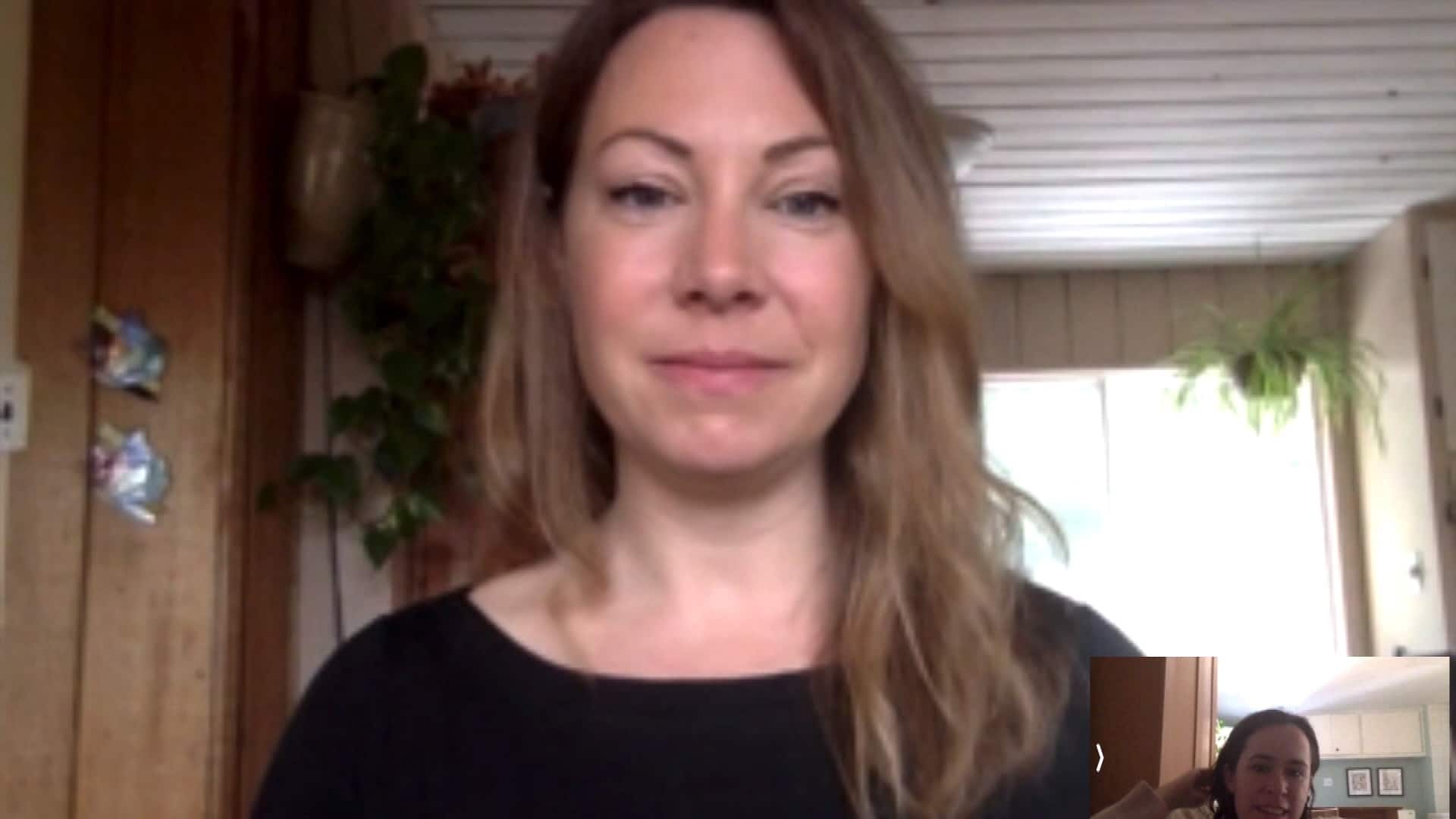 Why some health-care workers are living apart from their families