Public health officials in Quebec are sounding the alarm about the veterinary drug clenbuterol, touted online as a weight-loss wonder drug, after documenting 26 cases of probable poisoning by the drug since 2008. 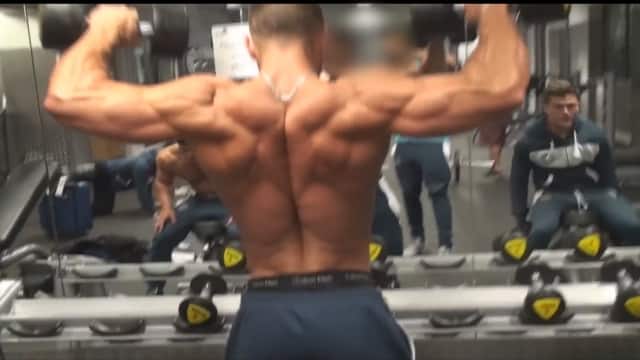 Public health officials in Quebec are sounding the alarm about the veterinary drug clenbuterol, touted online as a weight-loss wonder drug, after documenting 26 cases of probable poisoning by the drug since 2008.

The drug is used in some parts of the world to speed up growth in livestock, and it's used to treat asthma and similar respiratory ailments in horses.

It's also been used by bodybuilders to help them get "cut" and as a performance-enhancing drug by major-league baseball players and other athletes — and increasingly, as a quick way to lose weight. It's billed online as the diet drug of choice of some Hollywood superstars.

"Clen," as it's called, is banned for human use in Canada, but it's easy to find and buy online.

That's a serious concern for medical toxicologists like Dr. Sophie Gosselin, an emergency-room physician at the McGill University Health Centre (MUHC) and a consultant to the Quebec Poison Control Centre.

"I would hope that health authorities would be able to have a bit more regulation to ban the sale of these substances," said Gosselin. "These are not things that are going through any quality control."

Gosselin contributed to the toxicovigilance advisory issued this week by the Quebec National Institute of Public Health, aimed at doctors and pharmacists and others who might encounter the drug.

Of the 26 reported cases of probable clenbuterol poisoning, most involved people between the ages of 16 and 45. Fifteen were women.

None of the cases were fatal.

No shortcuts to fitness, says trainer

In the world of sport and fitness, everyone's heard of people using clenbuterol as a fat burner or the "size zero" pill, as well as the consequences many have suffered.

"Your heart rate speeds up tremendously. You get heart palpitations. You don't sleep at night. Your eyes twitch, you get the shakes," says Montreal gym owner and fitness coach Jon Chaimberg. "It's very dangerous."

The black-market uses of the drug are well-documented on Youtube and elsewhere on the internet — and so are the negative side effects.

Chaimberg says there are no shortcuts to fitness or weight loss.

However, that's not stopping a lot of people from continuing to look for them.